The Swiss capital of Bern is a wonderful and charming city located in the hilly landscape north of the country's high Alps. The old town is located on an elongated peninsula in the winding run of the River Aares, and its almost endless arcades bring you through the fine medieval town's streets and sights.

You can easily see why Bern's old town is inscribed as a UNESCO world heritage site. Here is a unique, homogeneous atmosphere from a time that most places is history and revitalized city centers. Old city gates and towers, churches and townhouses are located throughout the city, and as an extra thing, Bern's many Renaissance figure fountains are preserved in the streets.

The figureheads of the fountain are almost in themselves worth the trip to Bern. They are located in many streets and on squares in the center of Bern, and among the best known is the somewhat quirky Kindlifresser. Walking around between the fountains will automatically lead you around the pleasant streets of Bern's old town.

As the capital, Bern holds a number of institutions for the democracy and the state administration. First and foremost, the country's parliament building, which stands as a castle and thrones over the city along with the cathedral, Berner Münster, whose tower gives a magnificent view of the city and to the surrounding countryside, where in clear weather you can see the Alps in the Bernese Oberland to the south. 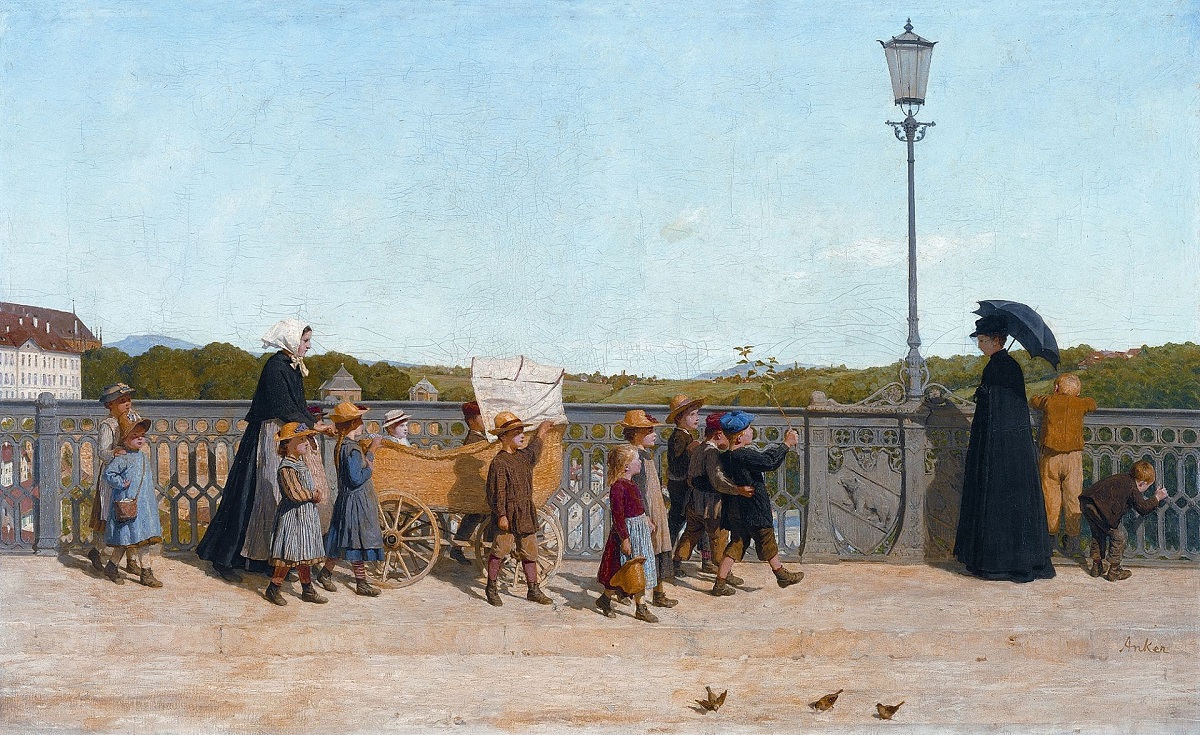 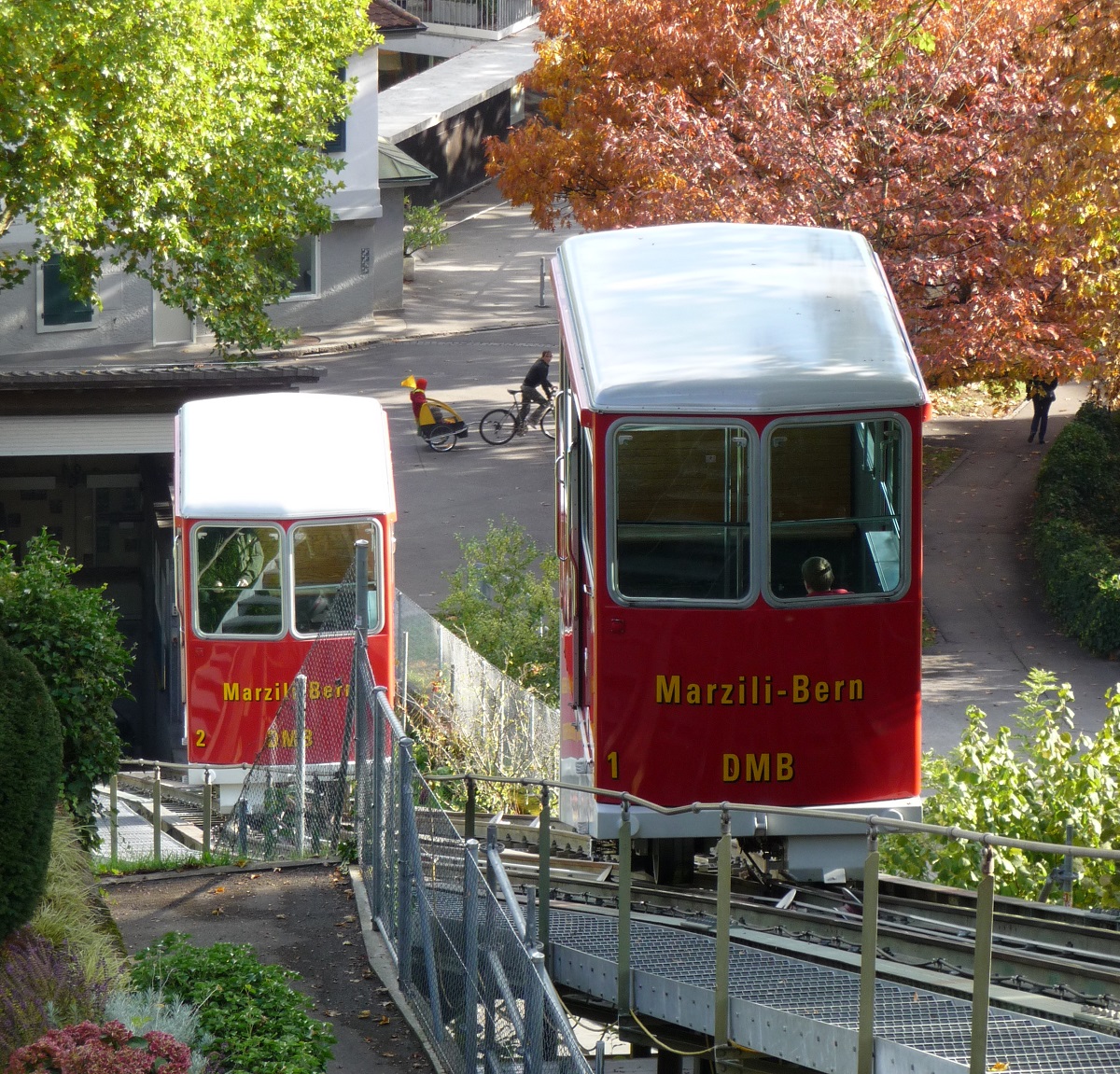 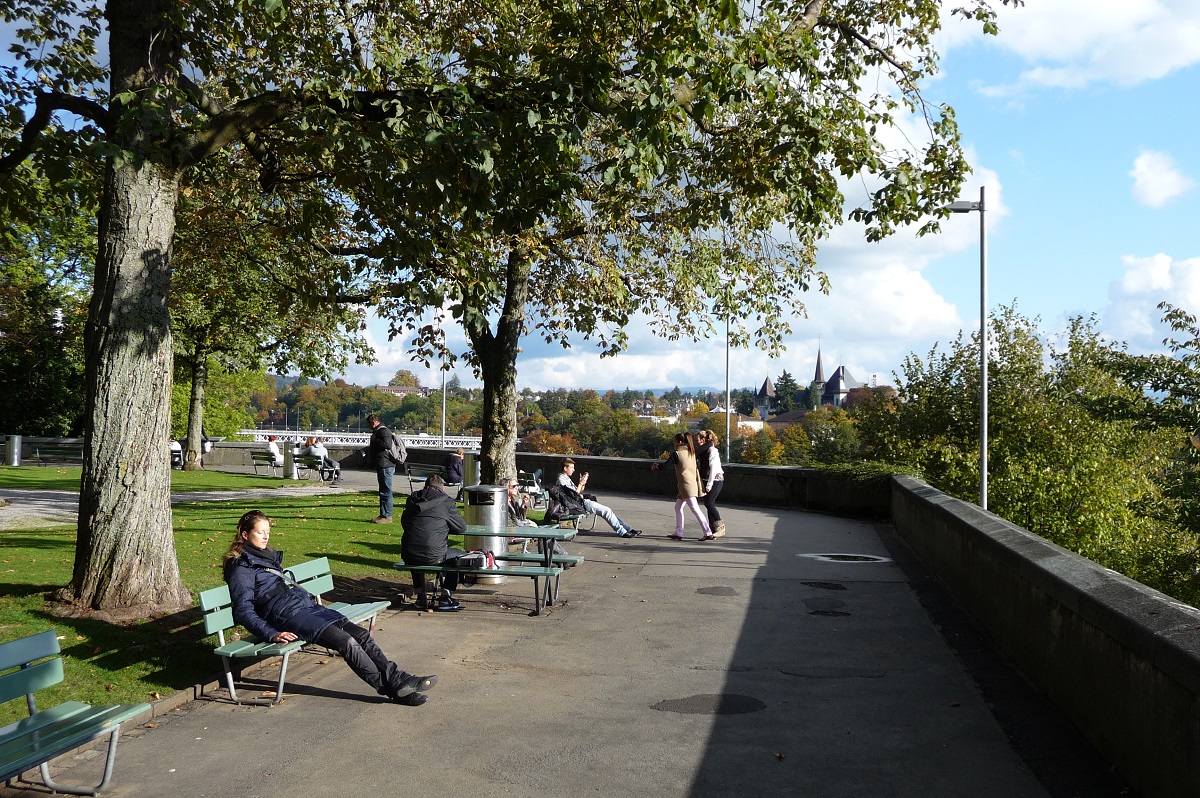 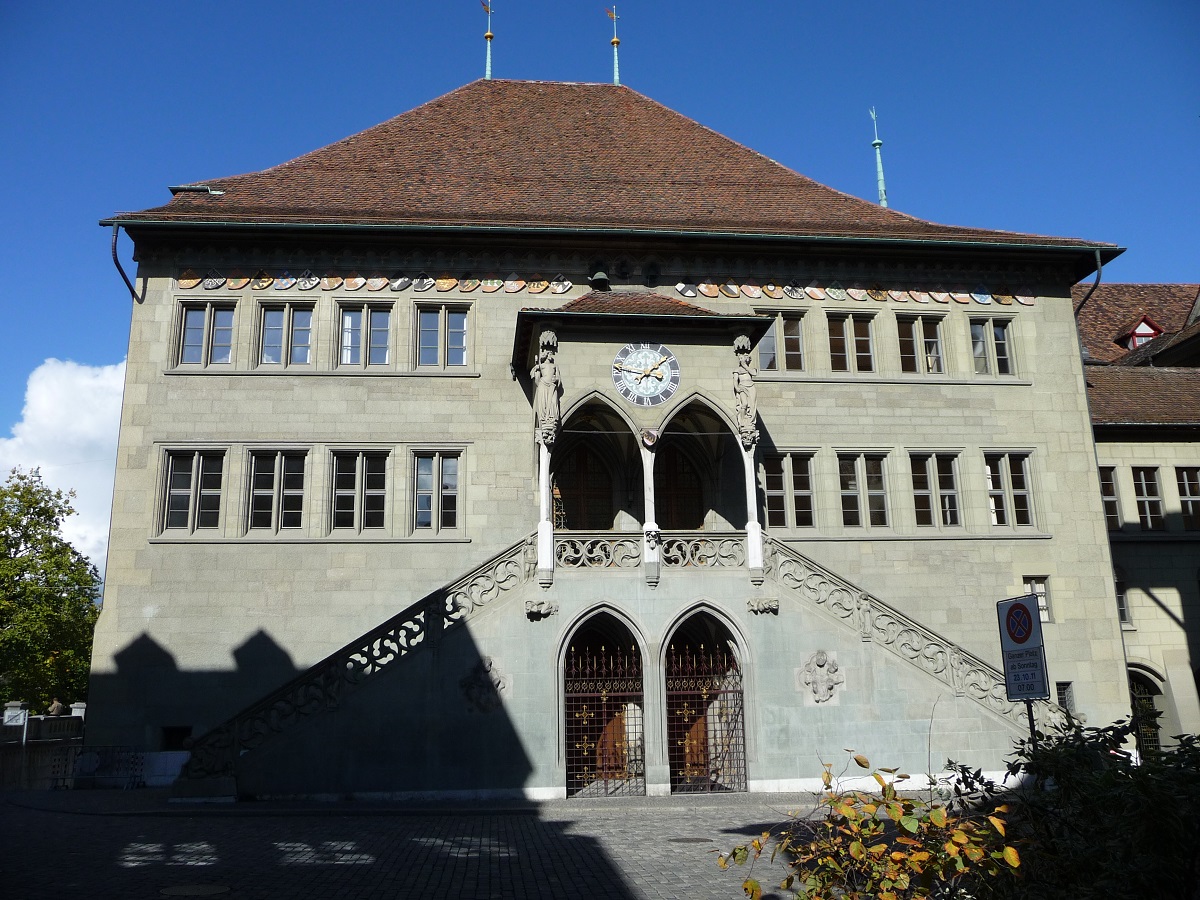 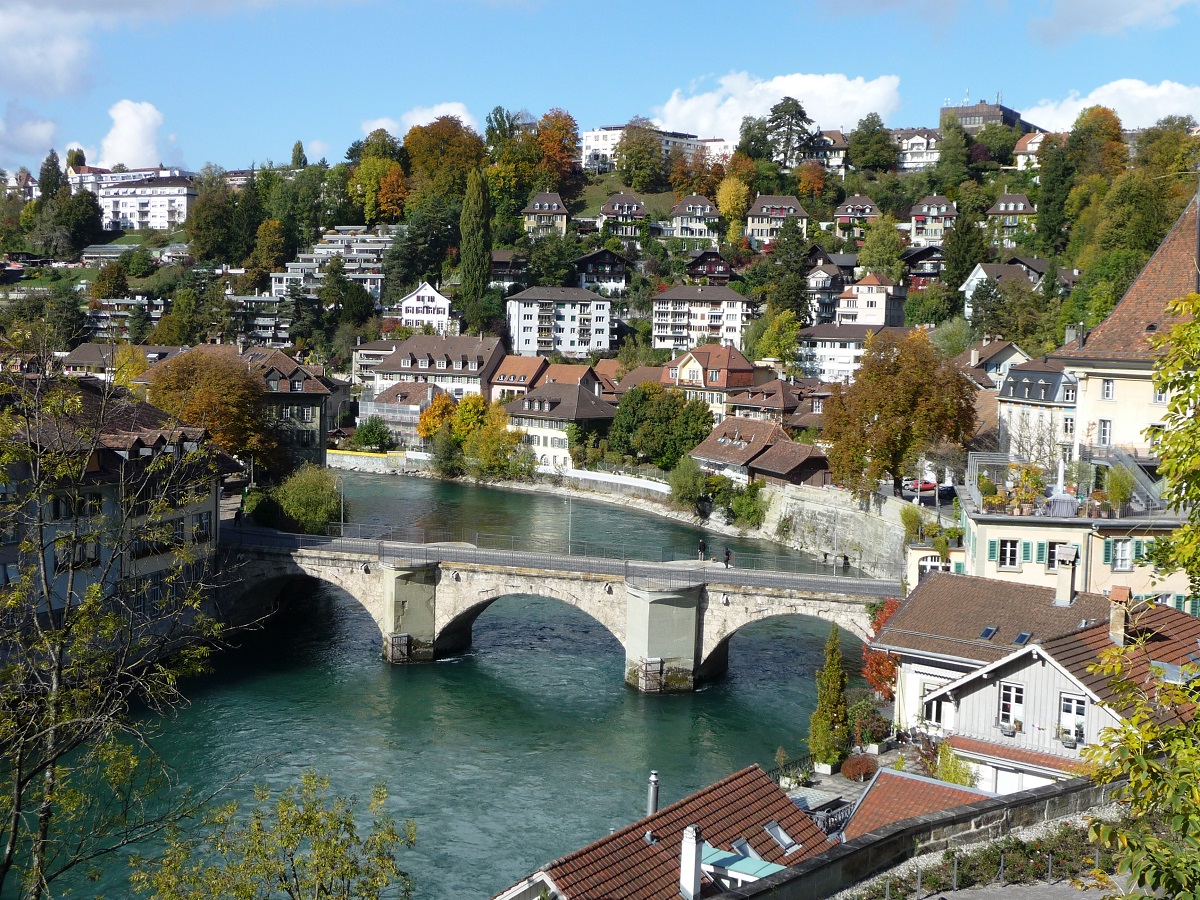 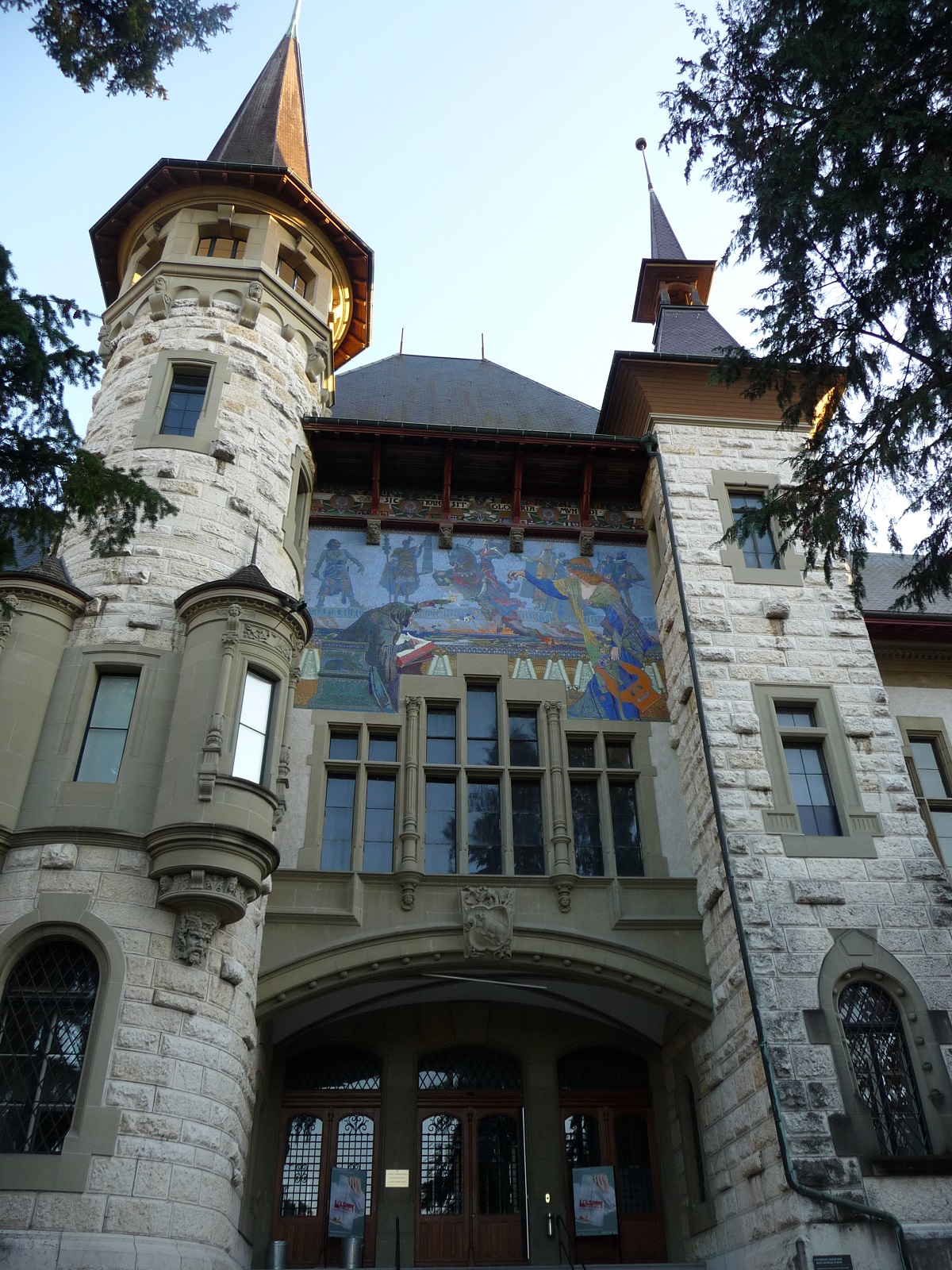 The founding
The area of ​​Bern has been inhabited for a long time before the history of modern Bern began in founding in 1191. At that time, a large part of the current Swiss area constituted southern Burgundy, and it was governed by the von Zähringen house.

The Von Zähringen leaders were not rulers in, for example, a duchy, but ruled in much the same way on decrees from the German-Roman emperor, who also granted von Zähringen the right to be emperor's local representatives. With that status, the family founded mage cities; besides Bern it is, for example, Freiburg.

In 1190, Berchtold V von Zähringen founded the castle of Nydegg Burg on the knee of the elongated peninsula in the river Aare, which today forms the old town of Bern. The castle was to protect the river crossing, and with the strategically good position, von Zähringen founded an actual town the following year. The name was Bern, which comes from the founder's first hunting boot in the area. According to history, it was a bear that has since become the symbol of the city. The bear has, for example, been part of the city coat of arms from 1224.

The free state city
Huset von Zähringen had no more descendants in the early 1200s, after Berchtold V, and the city's status therefore changed in 1218. With the Golden Charter / Golden Charter, the German-Roman Emperor Friedrich II Bern granted city rights and a status as a free state city, which in fact meant that Bern became an independent city state. In 1274, Rudolf I of Germany confirmed the document, which is considered Bern's first constitution. The word Golden in the fortification originates from the document's bun, which is a hanging seal of gold.

Time was marked by expansion, and Nydegg Burg was looped1268-1270 to give way to a new neighborhood for real urban development. Throughout the 13th century and the first half of the 1300s, Bern also fought for his outer territory and entered into, among other things, an agreement with the Savoy in defense of the Counties of Kyburg, who saw themselves as the heirs of von Zähringen. The Battle of Laupen in 1339 was also a crucial historical drama in which Bern and other cities, with the help of the established Swiss oath of Uri, Schwyz and Unterwalden, overcame several counties, Austrian duchies, Freiburg and other opponents.

Membership of the Federation
With the victory at the Battle of Laupen, Bern consolidated its position in the region, and relations with the Federation became so much closer that in 1353 Bern became a member of the federation, the beginning of present-day federal Switzerland.

After joining the League of Eds, Bern continued to grow and became one of the most significant cities and states in the region. Through federations, agreements, purchases, pledges and conquests, the area grew, Bern ruled, and from the 15th century the city had become a state; among others with conquests from the Waadt area in the years 1474-1477.

During this time, Bern's population grew, and rich merchant families, successful craftsmen and the land part characterized better and ever richer citizenship. The city had also extended to the west, with the city's defense being continuously moved further to make room for more houses and citizens of the peninsula that remained Bern. In time, the city reached the fourth chain of defense, which is a clear symbol of the expansion. Another expression of the size of the city was the fire on May 14, 1405, when more than 600 houses became prey to flames. The houses were mainly made of wood, which is why the fire was so devastating.

The modern old town
After the fire in 1405, large parts of Bern had to be rebuilt, and the result was largely the city you are experiencing today. The local Bernese sandstone provided more solid buildings so that a major fire should not recur. It was also here that the famous and mile-long arcades began as part of all ordinary town houses. The streets of the city plan also stem from this reconstruction, just as larger buildings such as the town hall and the cathedral were adopted and erected.

In the first part of the 16th century, it was the turn of the Renaissance, and Bern grew steadily to the west, expanding the street scene. The houses were also expanded, and in the street picture a number of figure wells were established, mainly from Hans Gieng's hand. These wells are today one of Bern's landmarks.

Continued expansion and decline
The rich Bern had undergone the Reformation in 1528, and in the same and following century the expansion of the city continued. Over time, the nobility gained more power and the ongoing revolts of the population were wiped out. By 1648, with the Westphalian peace, Bern had finally disbanded from the German Empire and achieved complete sovereignty. Wealth increased, and towards the end of the 18th century Bern was the leading state in the region.

That development stopped abruptly in 1798 when French troops invaded the city and plundered the riches. After the Napoleonic Wars, the Vienna Congress came in 1814, which was also a severe blow to the state of Bern, forced to surrender large territories to the east and west of the state. As a result, the cantonments of Aargau and Waadt were formed, and despite the acquisition of the Jura area, Bern's strength was slightly reduced, but it had to quickly rise again.

The capital is chosen
The Swiss federation was formed in 1848, and among the many states that joined were Bern. The city's traditional power and influence was strong enough that it was chosen as the new federal capital that year, thus starting a new era for the alpine town.

New government and parliament buildings were to be erected, and in stages the big Bundeshaus emerged as Switzerland's political stronghold. With the status of federal capital also followed many connected activities such as settlement, establishment of ministries and the like; all of which contributed positively to the further development of Bern.

In 1864, one of the old city towers had to give way to development. With a narrow majority in the city council of 415-411, it was decided to demolish the Christoffelturm from Bern's fourth defense ring in favor of the modern railroad's coming and expansion. The city's railway station was established immediately west of the old town, and over time it has become one of Switzerland's busiest hubs.

20th century to Today
Bern had evolved through the growth of the old city over the centuries, but with new bridges from the center across the river Aare it provided new opportunities. New suburbs quickly sprang up, and through the first decades of the 20th century several large neighborhoods such as Kirchenfeld in the south emerged, where distinguished villas housed the growing and wealthy population.

In the early 1900s, Bern also distinguished himself in other ways. For example, the German theoretical physicist, Albert Einstein, lived in the city, and in his apartment in Kramgasse he devised the theory of relativity, which was a milestone in the field. Several international organizations have also been founded in Bern, which with its status as the Swiss capital as well as the country's neutrality policy was attractive as a place of establishment.

Since then, Bern has continued its growth; among other things in large new residential areas to the west, and at the same time the centuries-old streets, wells and arcade-filled sandstone houses are intact and a special experience for tourists. One of the more recent occasions for many visits was the European Football Championships in 2008, which was played in Switzerland and neighboring Austria. Part of the matches were played at the stadium in Wankdorf, and in connection with that event, further investments were made in the city, where modern trams, for example, bind the city together.
Skjul indhold her 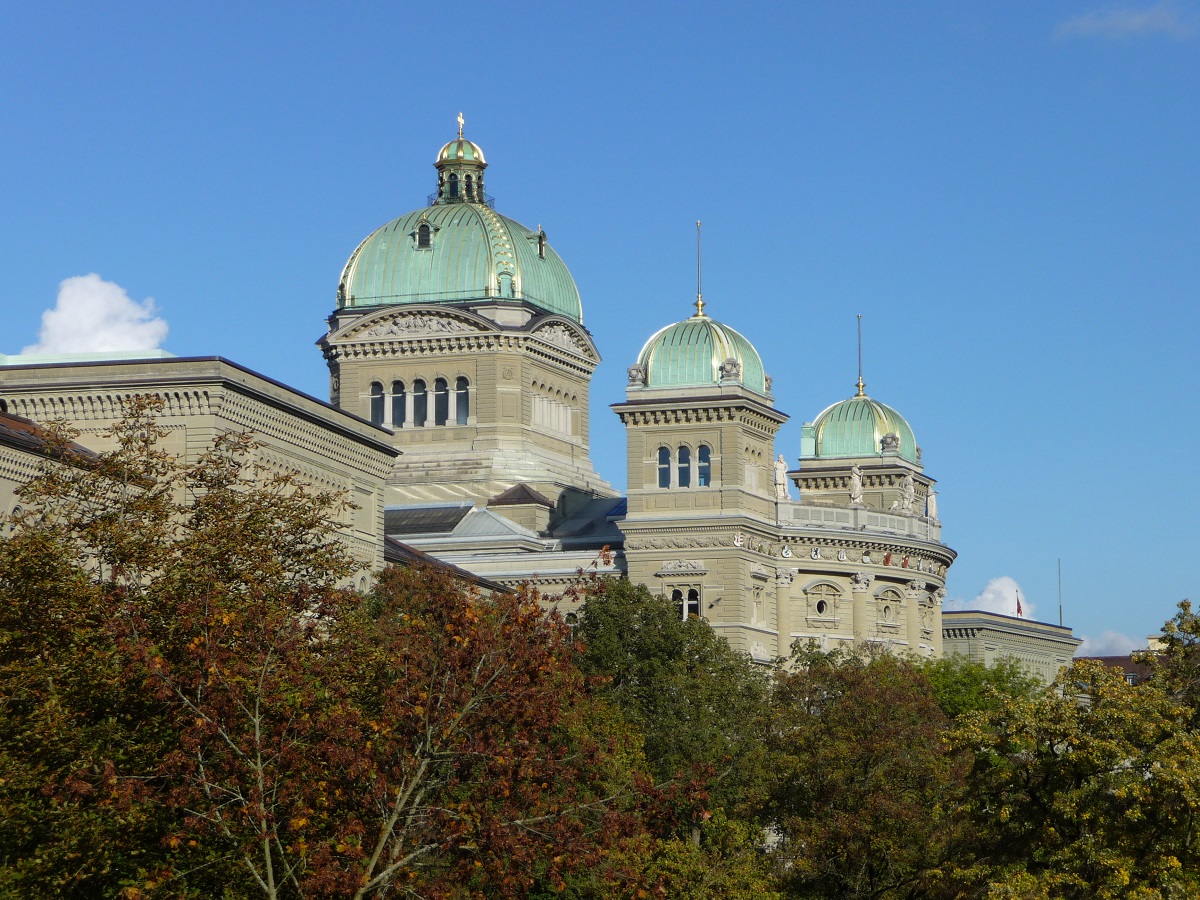 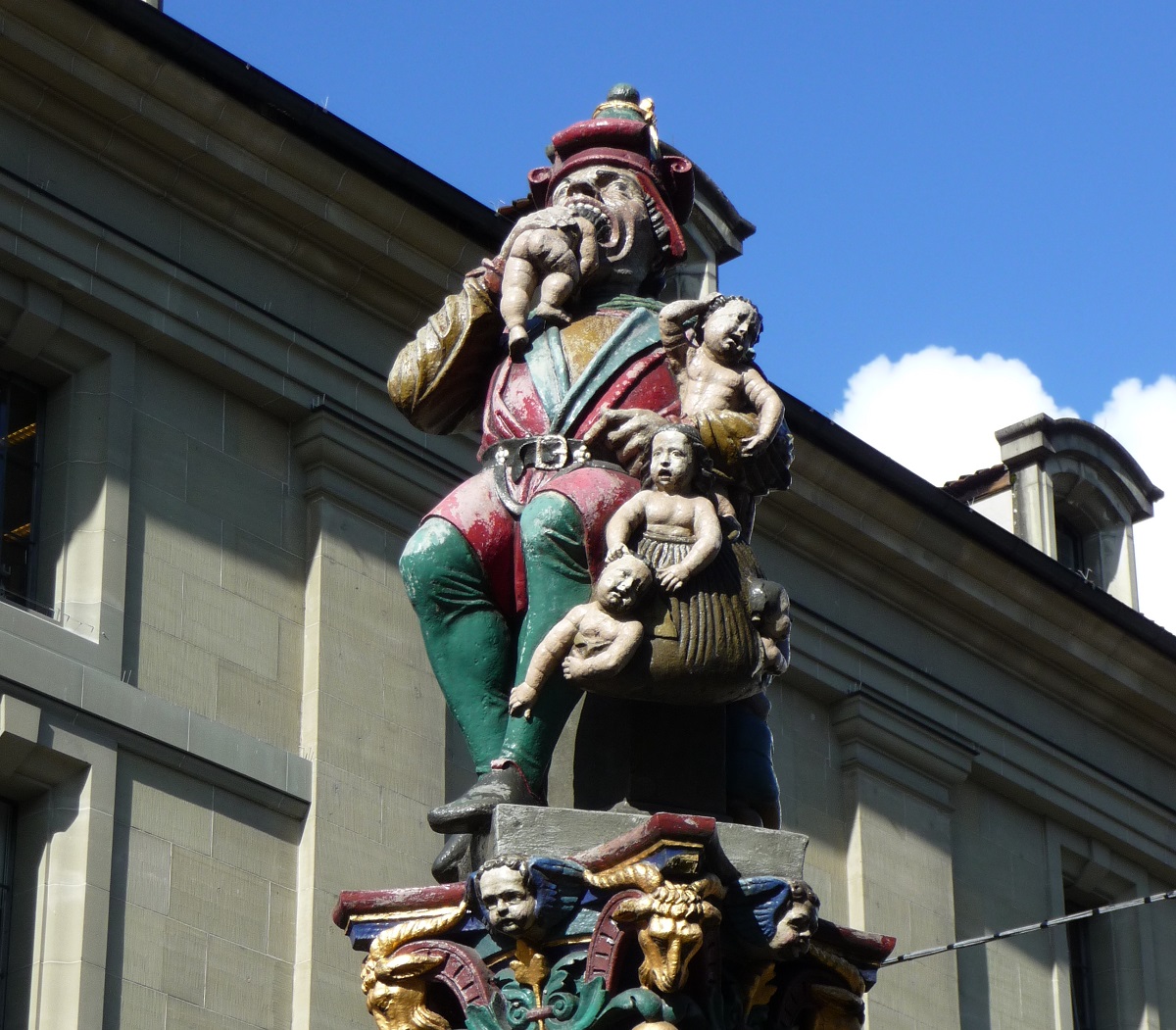 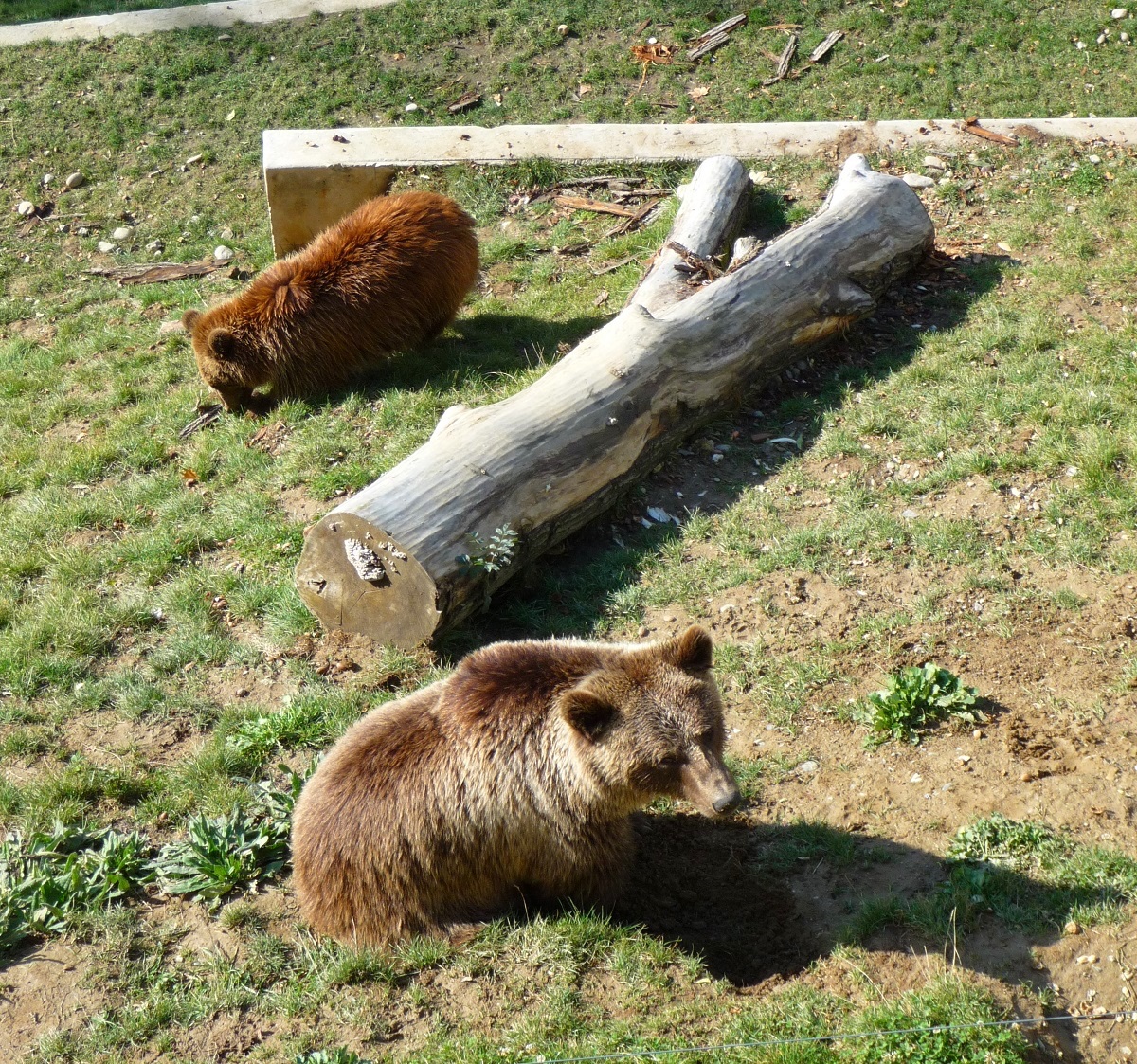 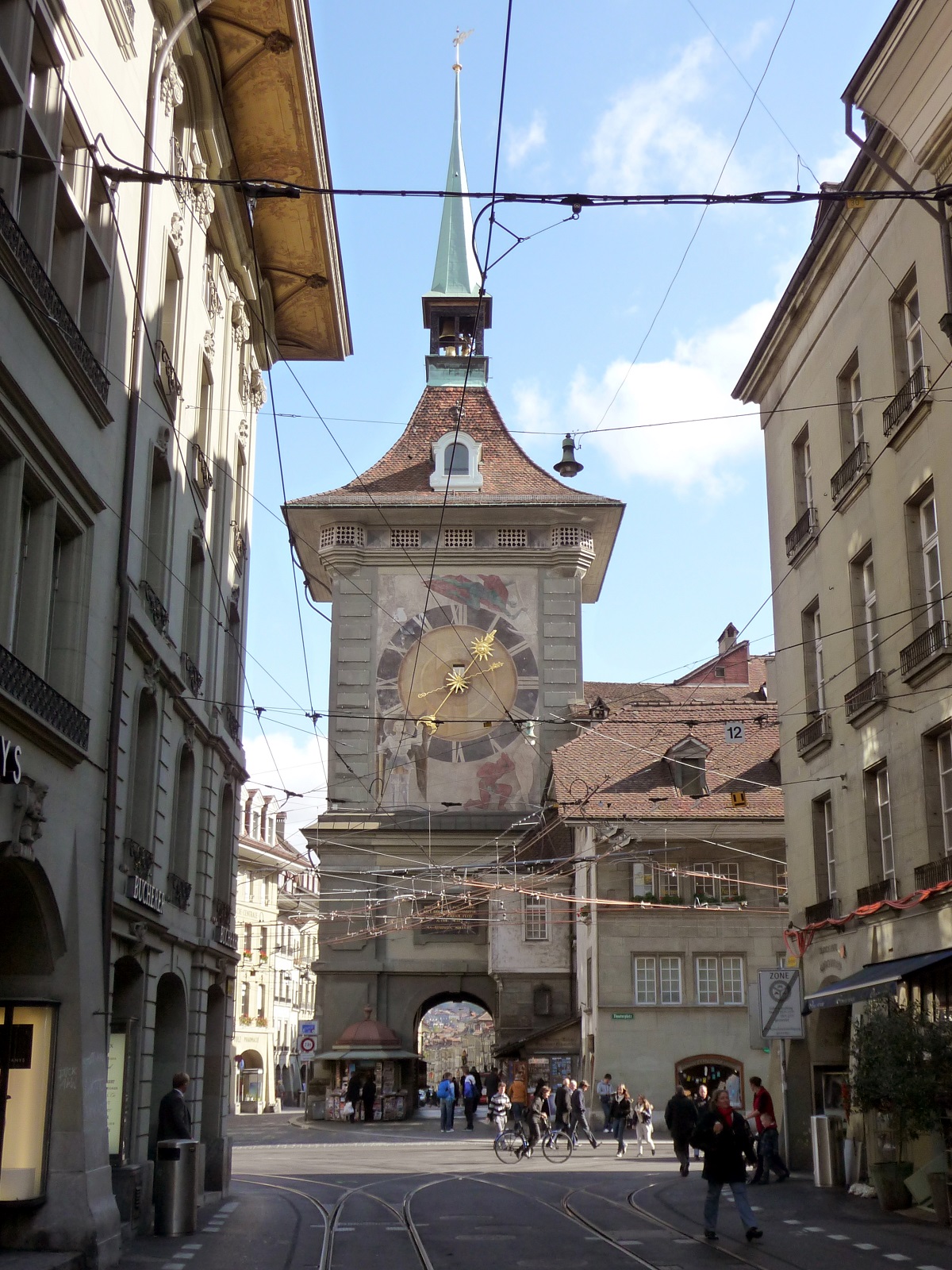 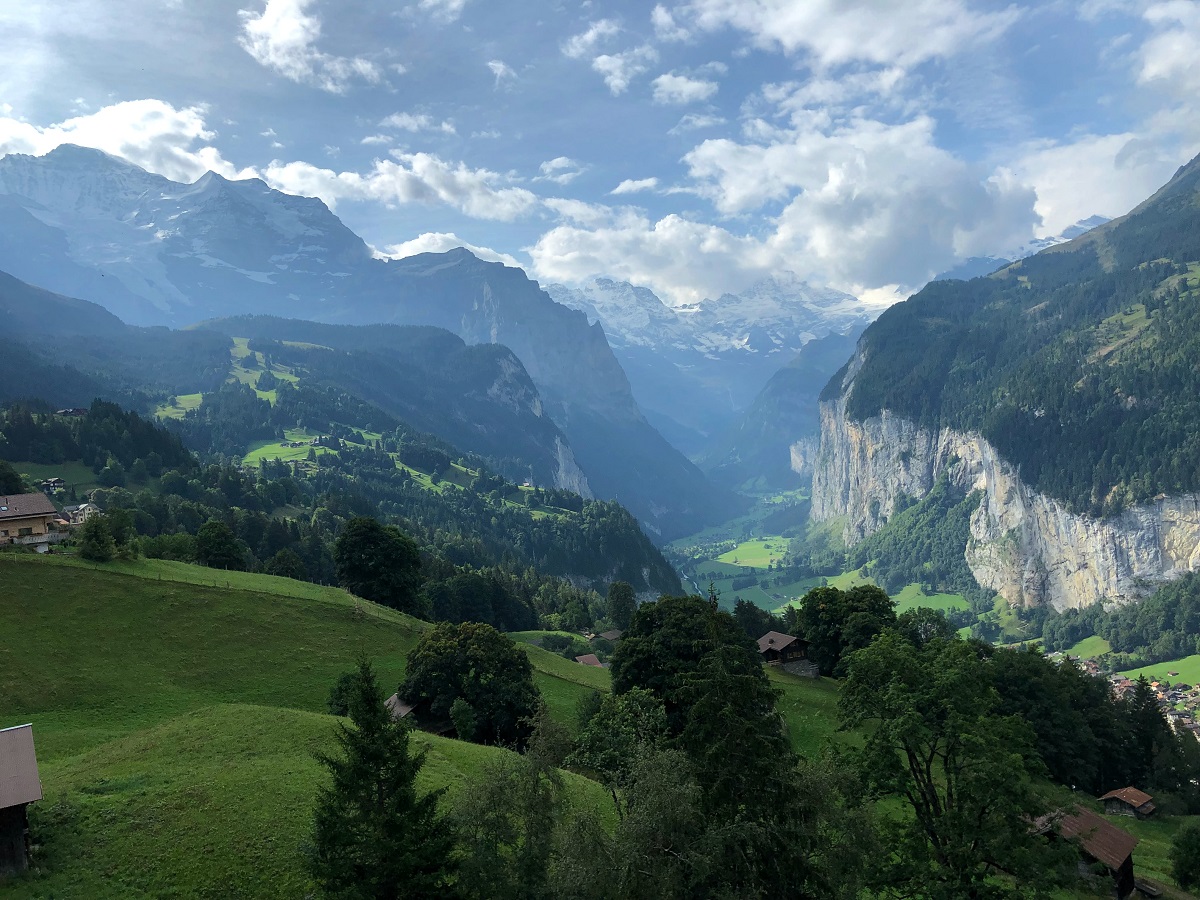 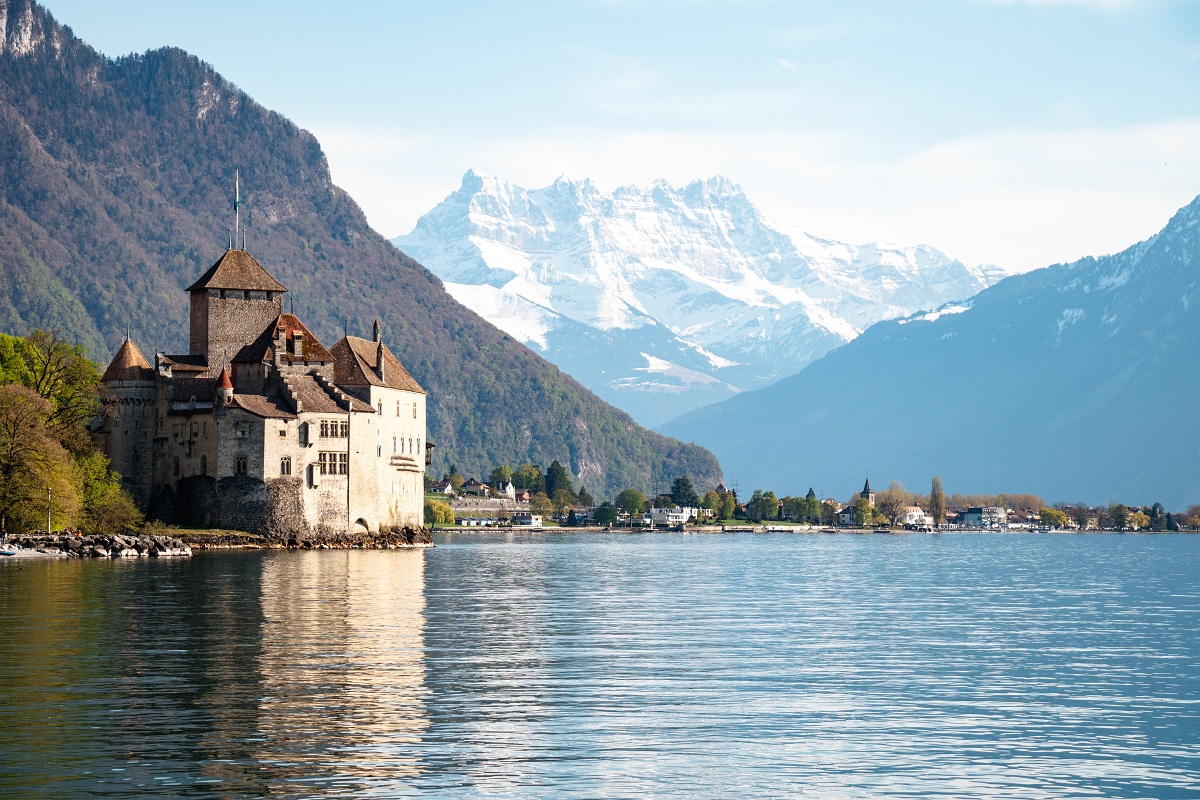 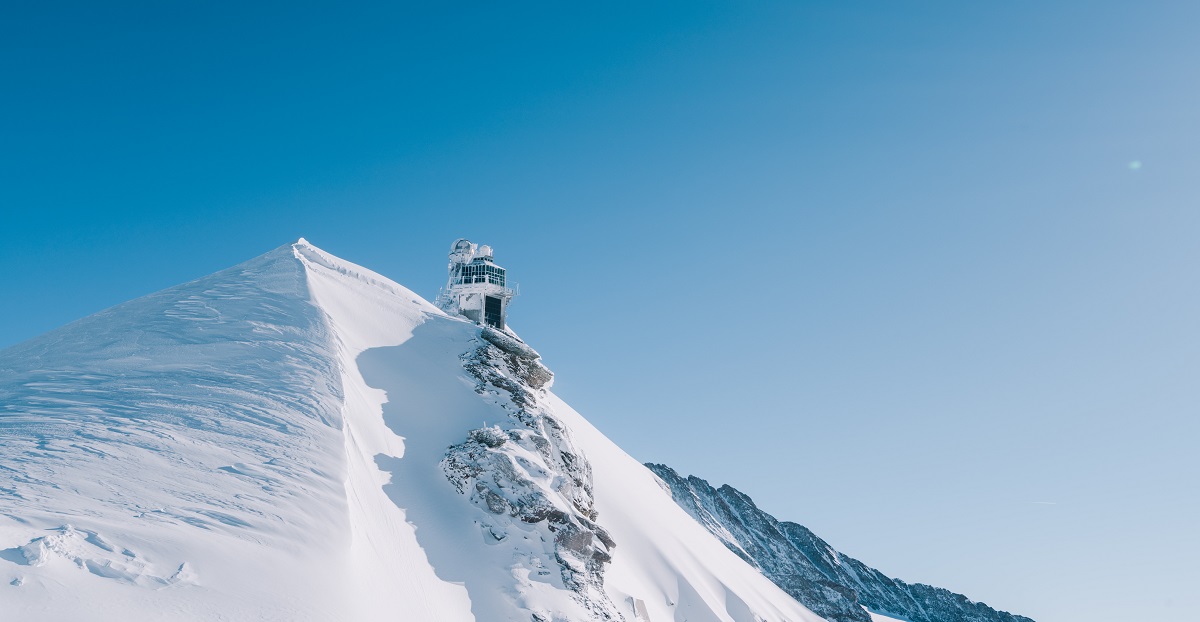 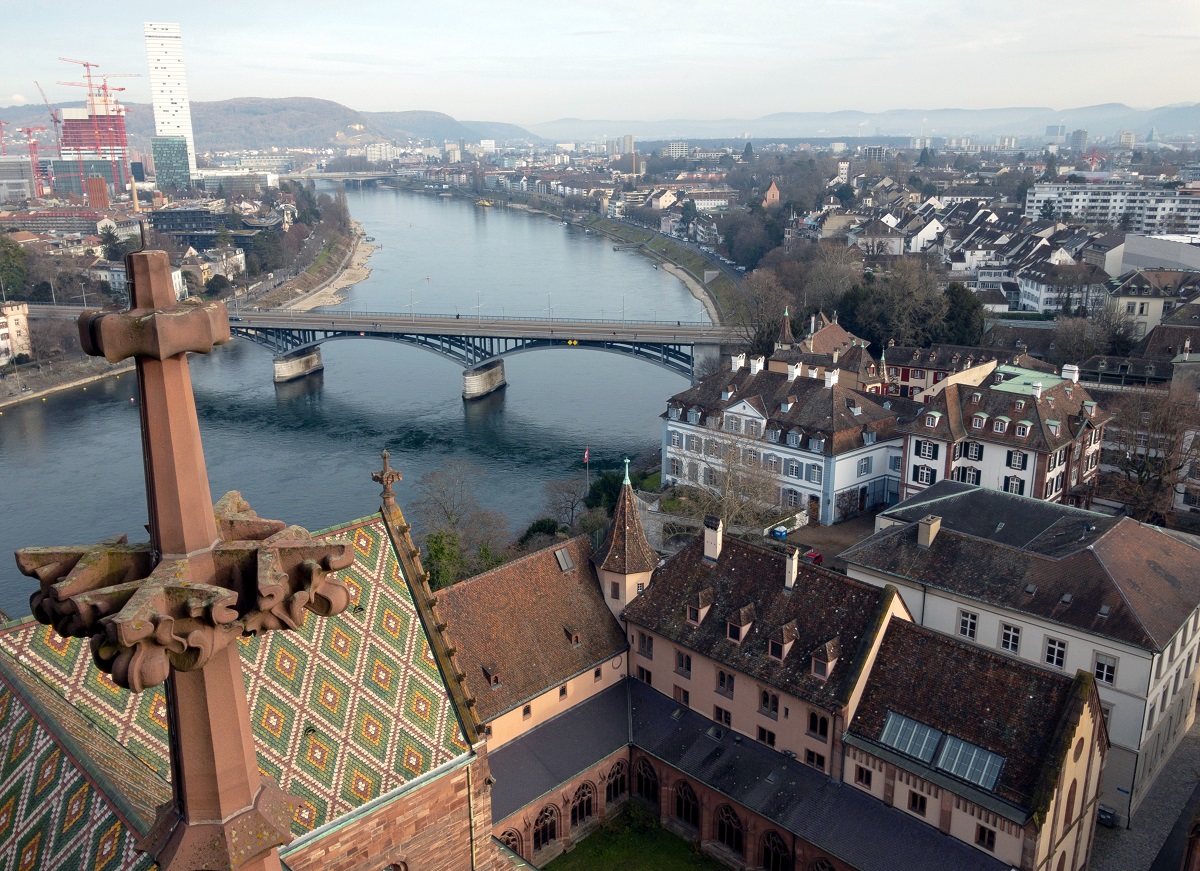