Bologna is the capital of the Emilia-Romagna region and it is one of Italy's major cultural cities with its own special vibe under the arcades for which the city is so famous, they are all over the city center. Street after street you can walk in archways; for example to the Santuario della Madonna di San Luca church, where there are 666 arches on the way.

Bologna has nurtured great artists through time, and is home to Europe's oldest university. The campus houses a special atmosphere in the city and is host of interesting museums - all within walking distance of the cozy inner city.

The city center is located around beautiful Piazza Maggiore, which dates back hundreds of years. The Town Hall and the colossal church of San Petronio are just two examples of magnificent buildings here; they stand as a testimony to the rich and prosperous history of Bologna, which is also emphasized by a multitude of other churches and fine mansions.

Not far from Piazza Maggiore you can see the Due Torri, two of the towers erected in the Middle Ages as status symbols and defenses of rival families. They tell a significant part of Bologna's history and the people who characterized it.

The scenery around Bologna is beautiful and you can easily visit several different cultural cities, the mountain state of San Marino or the Italian Adriatic coast. Florence is a top destination for many travelers, but cities like Ravenna and Ferrara are also great choices close to Bologna. 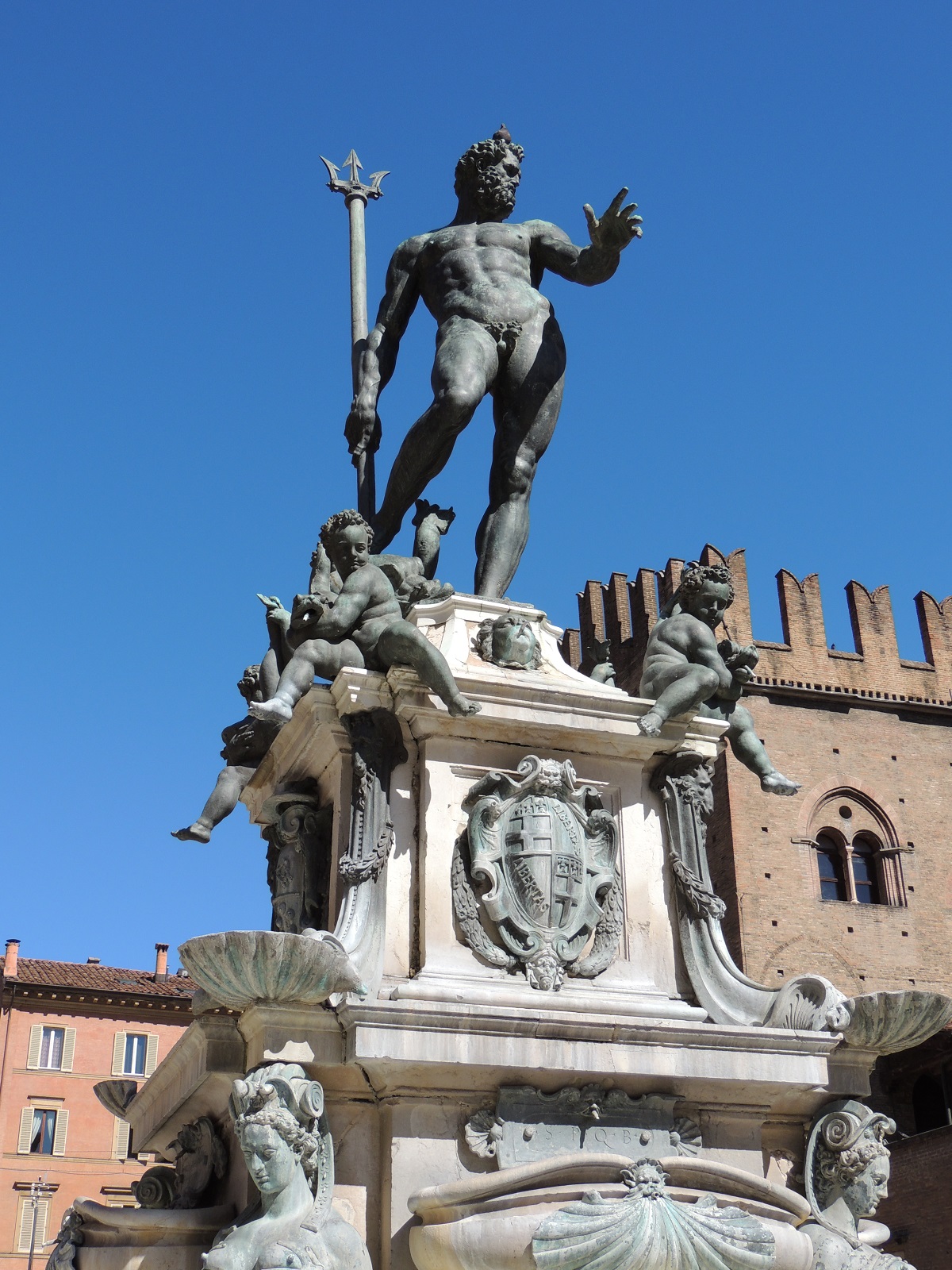 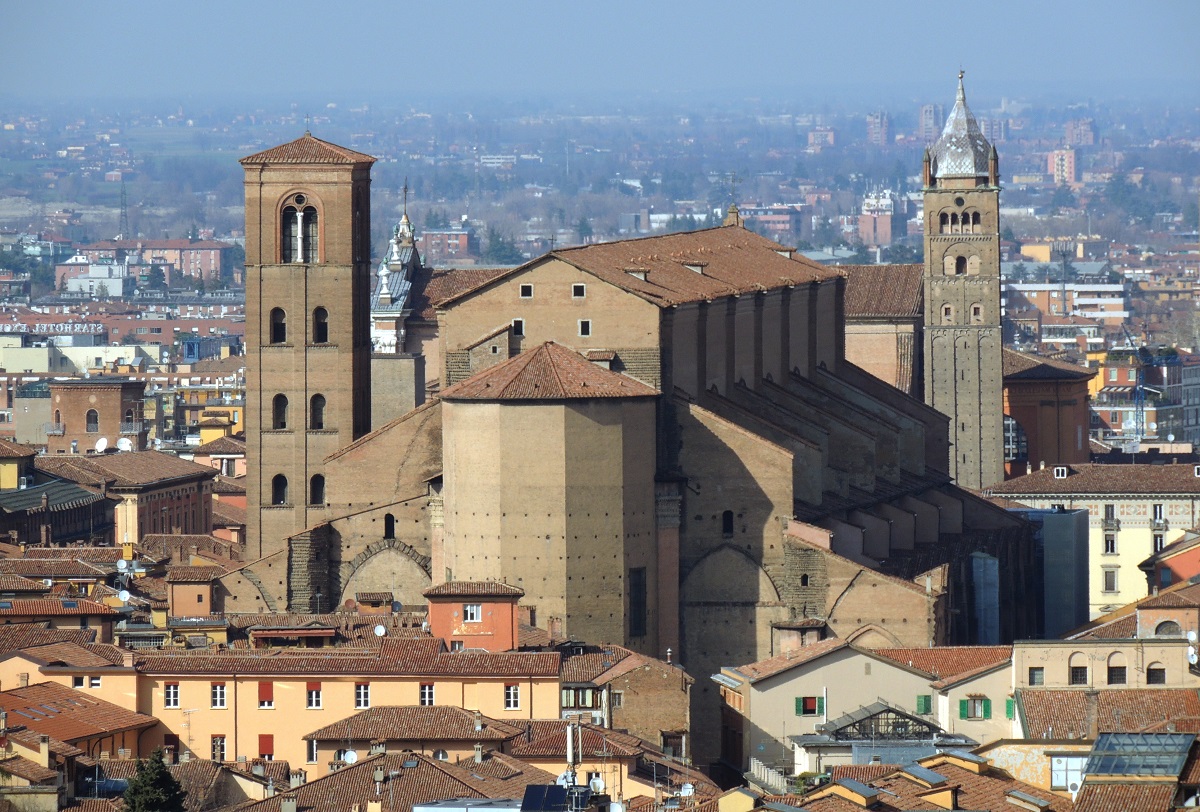 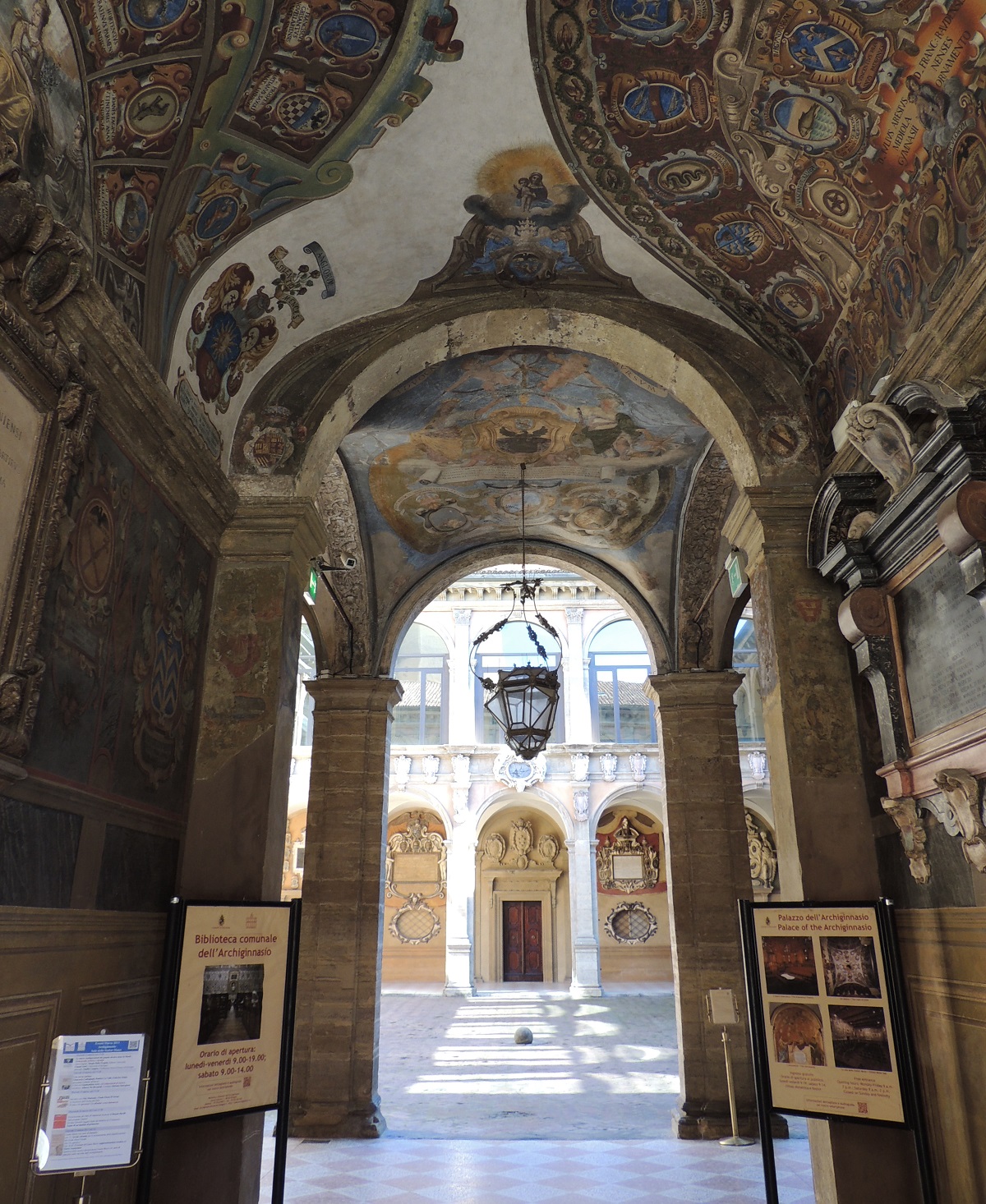 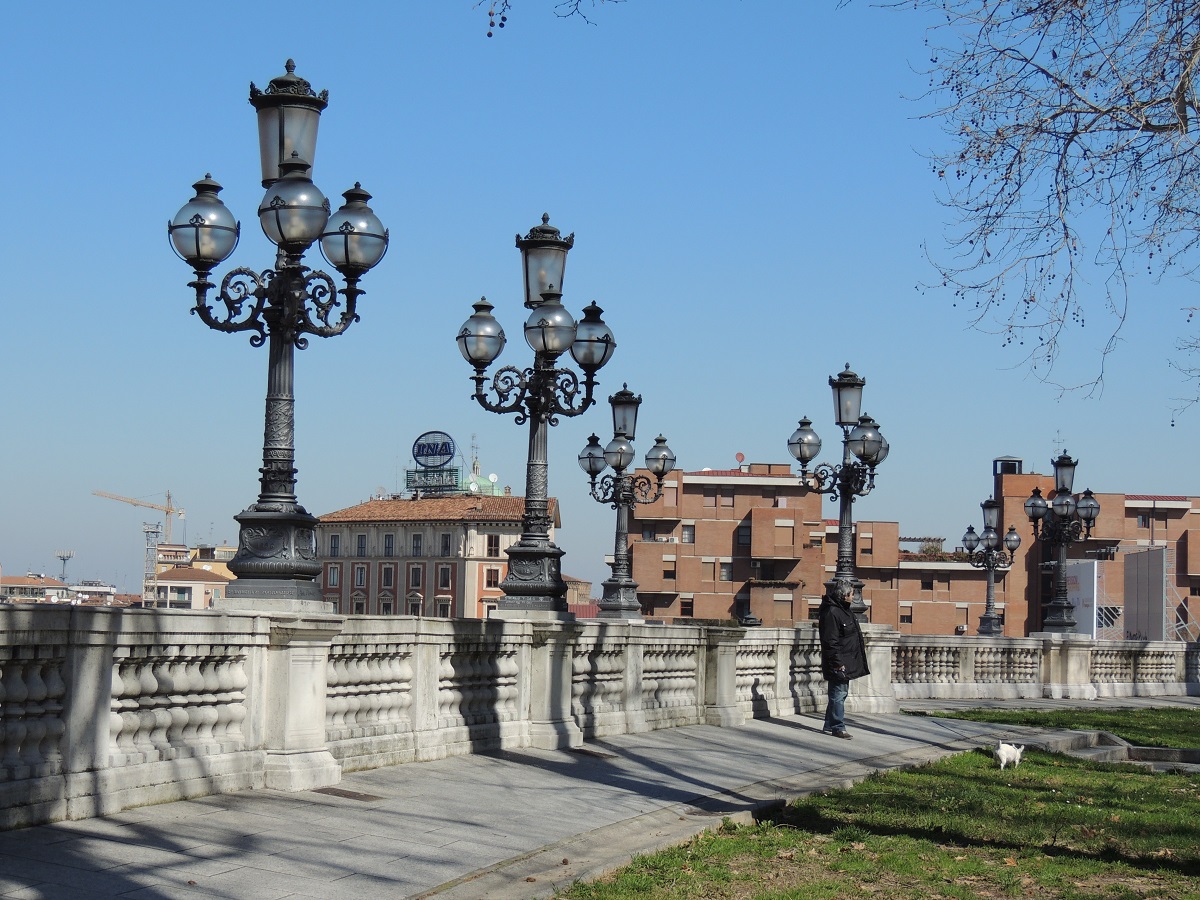 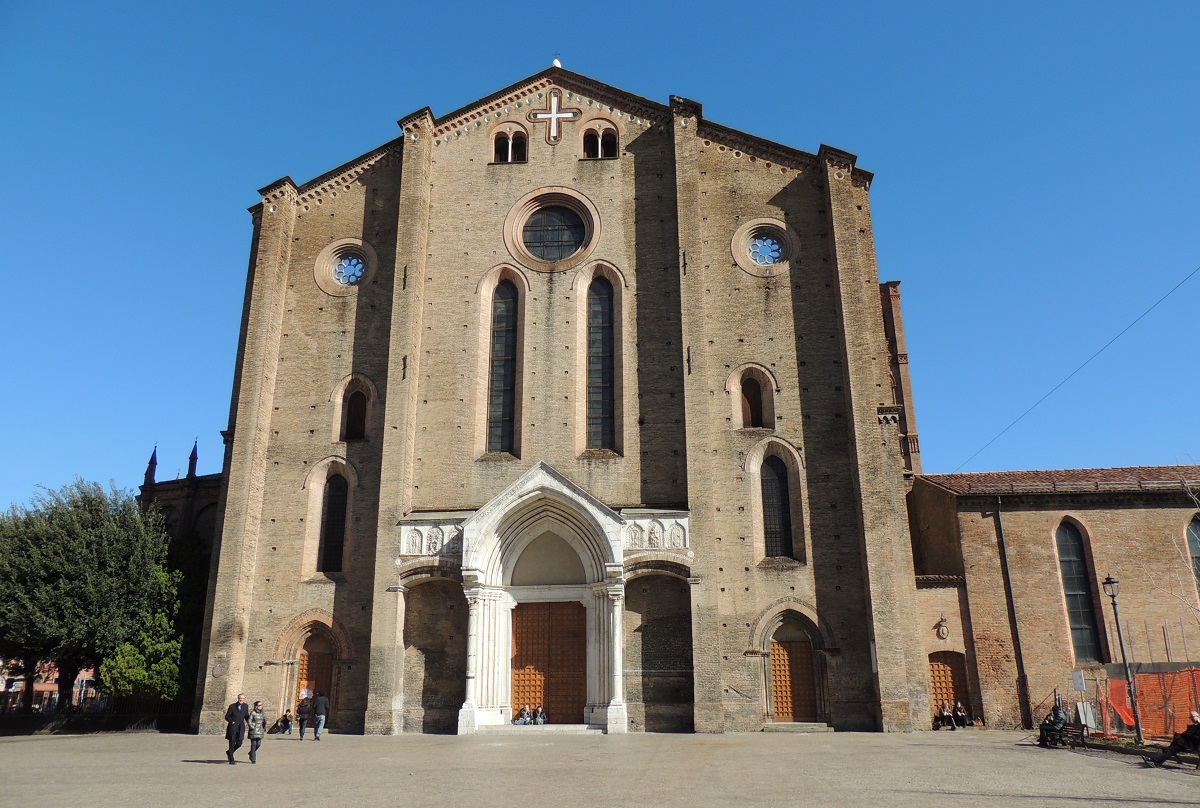 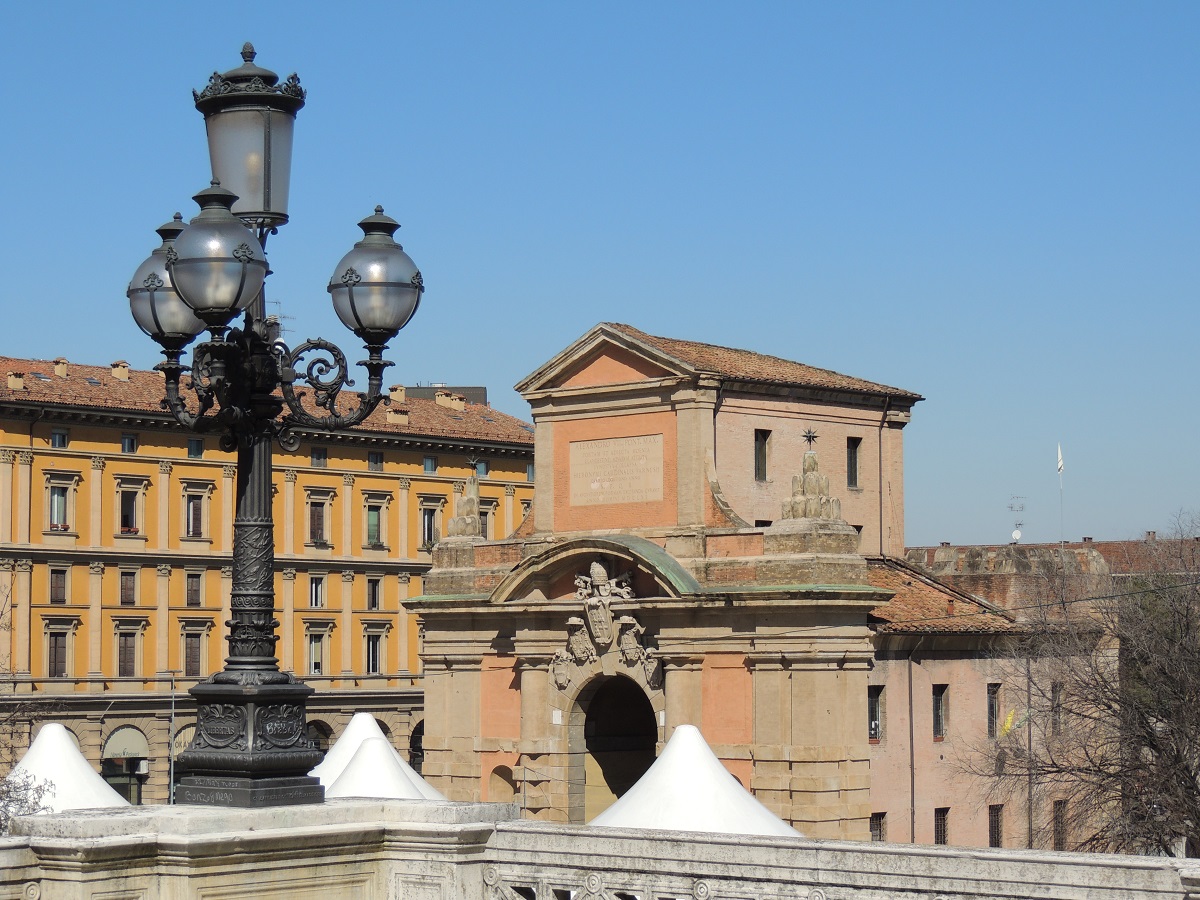 Founding and the Roman Empire
Bologna region was settled in the Bronze Age some 3,000 years ago by the villanoves. The people were overcome by the Etruscans who founded the forerunner of today's Bologna under the name Felsina.

In the 300s BC the Gallic tribe came to the area, and they conquered Felsina and the surrounding area. The Gauls mingled with Etruscan culture, and they dominated until 196 BC, when the expanding Roman Empire attacked.

After Roman victory, Bologna then became a colony in the Roman Empire under the name Bononia from 189 BC. From the very beginning, Bononia became important as commercial roads were built through the city.

During Roman times, Bologna had up to 30,000 inhabitants and was at one time the second largest city in the Italian area. Here were temples, baths and an arena.

The city burned under Emperor Claudius, but it was rebuilt and expanded under Nero, which provided the city with more public institutions.

After the fall of the Roman Empire, the area around Bologna was for centuries alternately attacked from the north. It was once part of the Ravenna exarchate, and from 728 the city became part of the Kingdom of Lombardy, initially King Luitprand.

From the 1000s
Through the various powers, Bologna was strategically well placed with a sound economy. Due to a rapidly increasing trade and production of handicrafts, prosperity was on the rise and cultural development started as well. It was here, for example, that the first university in Europe was founded in 1088.

Bologna was for a time subject to the Pope of Rome, but through the 11th century the city approached the status of a city state. Later, in 1164, the city of the Lombard League joined the German-Roman Emperor Frederick I Barbarossa. It ended in Peace with Costanza in 1183, after which a boom began in Bologna's development.

Growth and prosperity
The following centuries attracted both culturally and economically rich Bologna people from all over Europe - not least because of the university, where, among other things, law could be studied. Among the students at the institution was Dante Alighieri.

From the 1100s, many of the city's wealthy families erected the characteristic defensive towers, two of which can still be seen in the center of Bologna. The towers were part of the city's defense, but at the same time prestige buildings where the families' ability was exhibited.

The population increased so rapidly that there was a housing shortage in the city, which is why the many arcades that covered the sidewalks were erected. In this way the housing stock could be increased, and by the end of the 13th century Bologna was among Europe's largest cities. Around 50,000 people lived in the city.

New Age During the Pope State
An increasing disagreement in the city about its status led to the end of its term as an independent state. Some were followers of the emperor, some of the Pope, and after long strife, Pope Julius II conquered Bologna in 1506, and the city state was incorporated into the Pope. The new regime was now led by a cardinal and a senate, who every two months elected a judge, gonfaloniere, who was assisted by eight consuls.

Among the highlights of the city's political life as part of the pope's realm were the papal coronation in 1530 by Karl V as well as the Trentinian Council of 1547-1548; an important church congregation that was otherwise located in Trento.

It also became a few centuries of general growth and cultural flourishing in the city. After the plague first reduced the population from 72,000 to 59,000 at the end of the 16th century and again to 47,000 in 1630, the number of citizens quickly rose again to about 65,000, and a building was built in Bologna.

Thus, much of what Bologna visitors today experience was listed during the time of the Pope. These included seats, mansion, churches and the expansion of the university. Many artists worked in the city, which also had great ecclesiastical activity. With 96 monasteries, Bologna had more of these than any other Italian city.

Napoleonic times
Bologna was ruled by the pope until 1796, when troops from France's Napoleon conquered the city and the area. Bologna was now under French rule and it became the capital of the newly created Republic of Cispadana.

The city flourished politically and economically and with it also followed a cultural development. Cispadana was a reality until the fall of Napoleon. After the Vienna Congress in 1815, the city again came under the control of the Pope.

There were frequent riots in the city against the rule of the Pope. This happened in 1831, 1843 and 1848, but none of them had a decisive political impact.

From the New Italy to Today
Italian Nationalism rose in Bologna as in other Italian cities and states. In 1859, the city voted to join the Kingdom of the Sardine, which quickly developed into the newly formed and unifying Kingdom of Italy. Upon accession, the formal affiliation with the Pope and the Pope State ceased.

In the last decades of the 20th century, Bologna developed into a city with many high-tech companies. It caught on in business, and the city quickly became one of Italy's leading trade and exhibition cities.

The location was good on the roads between north and south in Italy, and with the railway's construction and growth, Bologna became a major hub and later for that reason a target for allied bombs during World War II. In 1943, the city was bombed both July 16 and September 25, with severe destruction. The city's infrastructure and industry were among the targets, but large parts of the historic city center were also destroyed.

After World War II, Bologna resumed the role of industrial and economic center. Reconstruction after the bombs of the war was carried out and solid economic growth was brought about with the development of the industry.

In connection with Bologna's status as a European cultural city in the year 2000, the city was again renovated and restored in great style. Today's Bologna is a wealthy city that draws on history. The city's many historic buildings are very well maintained and you experience a very international atmosphere in the city, which still retains its Italian charm.
Skjul indhold her 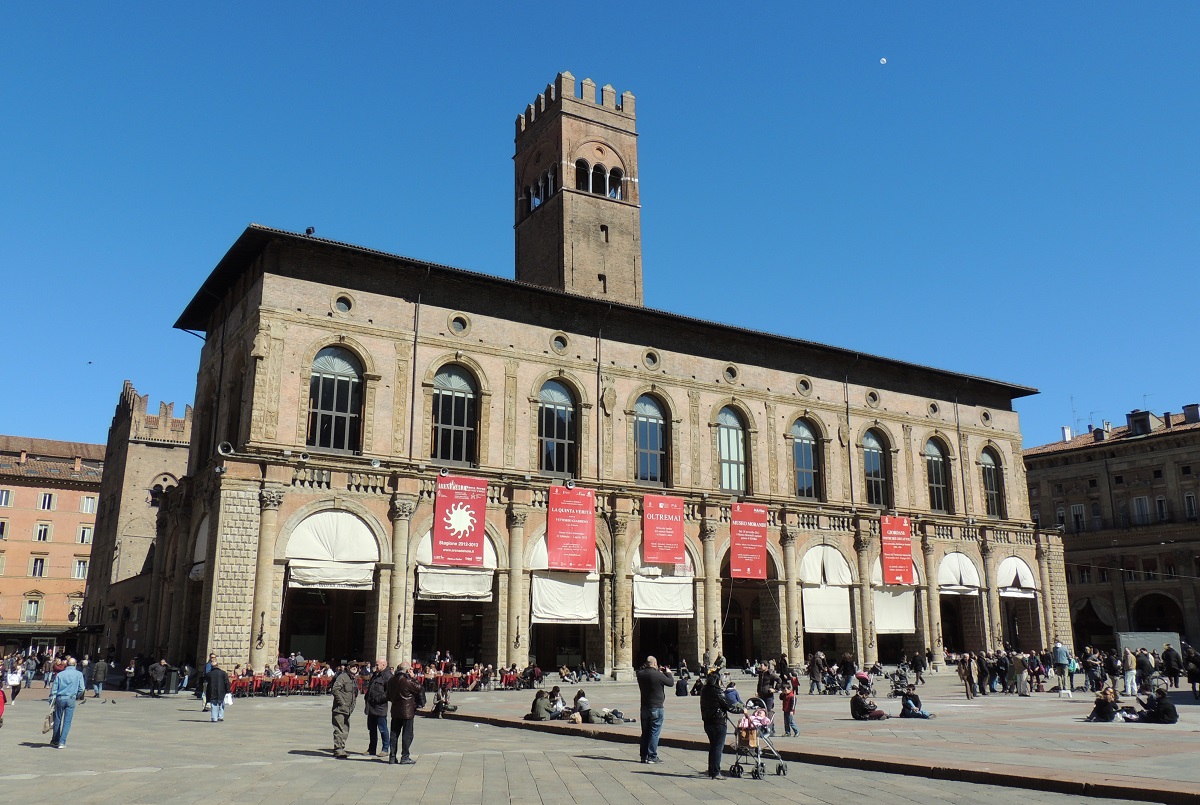 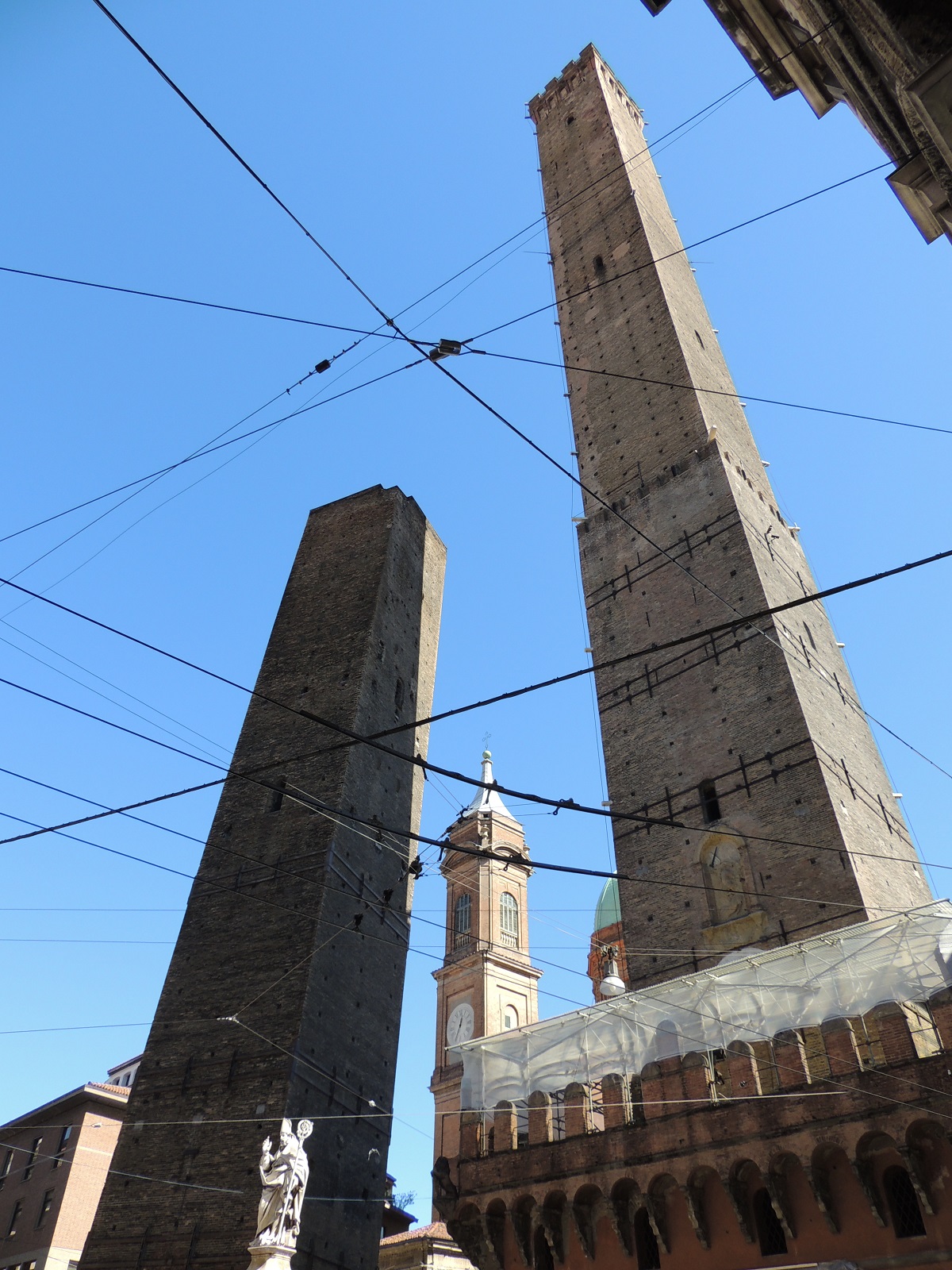 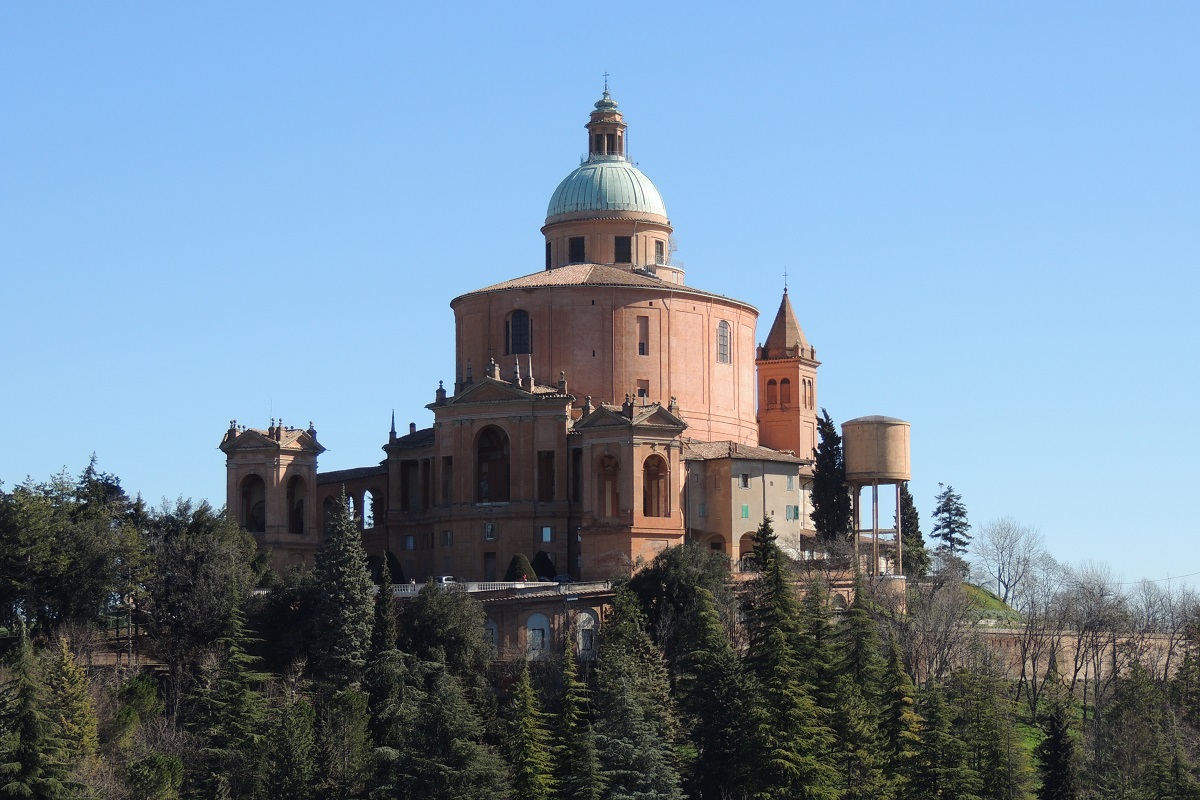 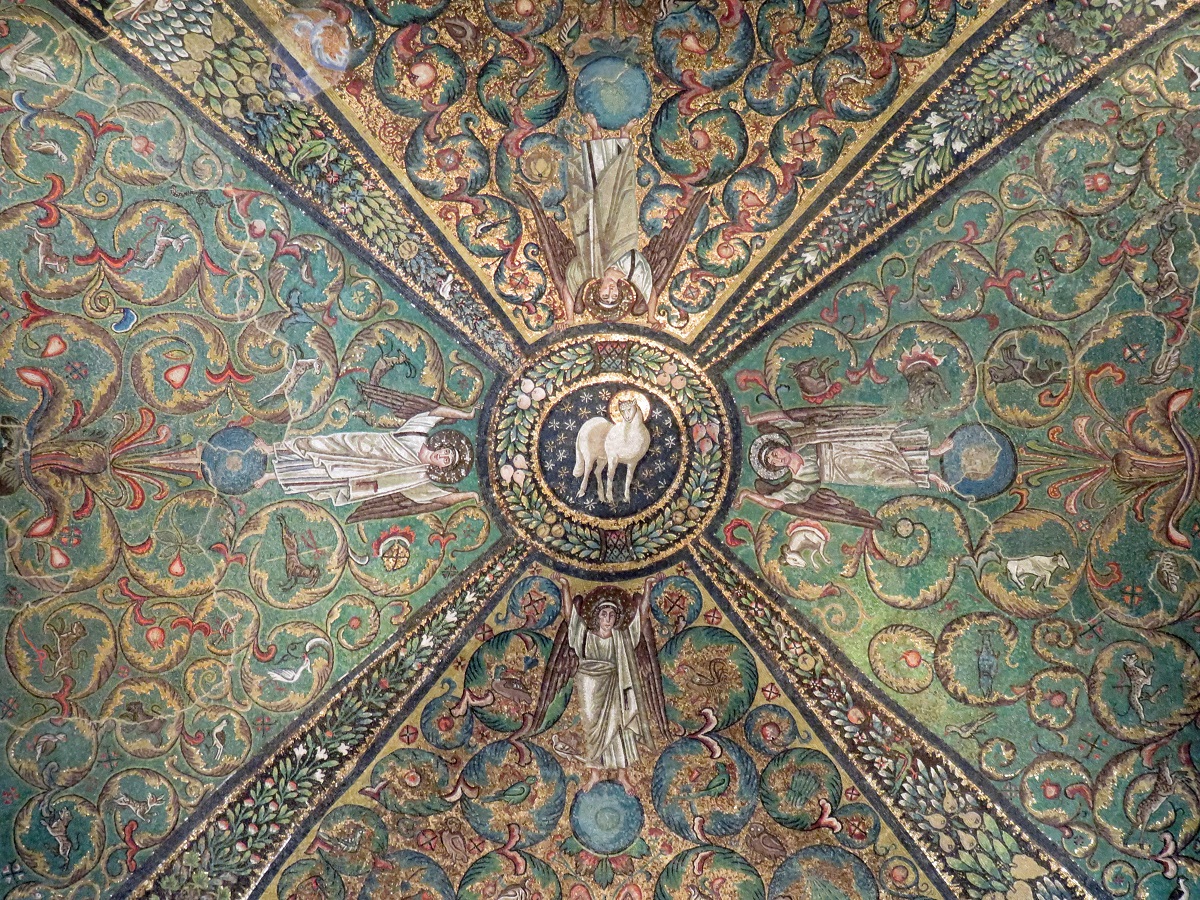 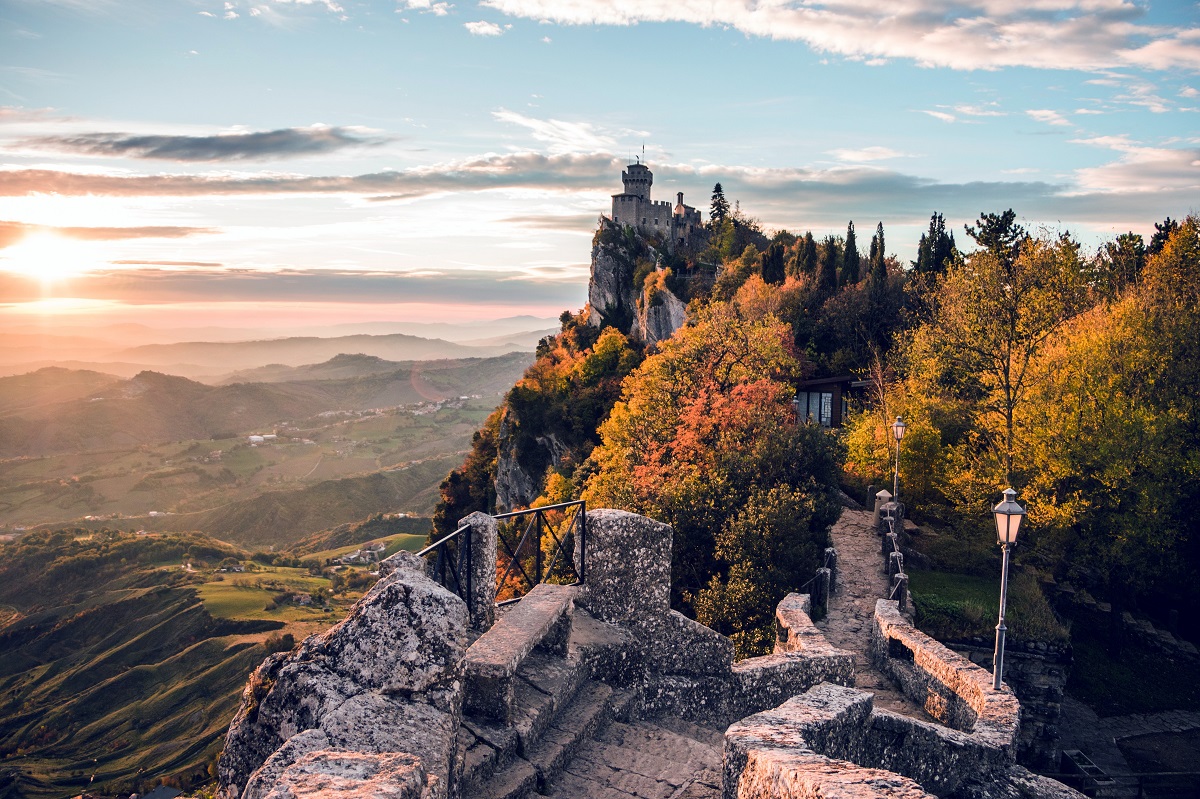