Budapest is one of the grand capitals along the Danube River, and its magnificent history dates back to Roman times and the military outpost Aquincum. There are still remains of excavated facilities to be seen from the Roman era, and since then, one of the most beautiful cities in Central Europe has grown on both sides of the river.

The hilly Buda district stands opposite the flat Pest, and the two boroughs are located on either side of the Danube, which wind through the Hungarian capital. The city is extremely rich in monuments from all periods over the last 2,000 years, and combined with its very beautiful location it offers ample opportunity for many great sights and interesting activities.

The hot springs of the city are unique and some very popular attractions, which for many is one of the reasons for a trip to Budapest. In several of the city's spas and pools, you can go into the warm water year-round and both outdoors and indoors. And an added benefits is the decoration and architectural style of many of the grand spas.

Budapest has of course everything else that belongs to a large European capital with a rich history. Here are a lot of beautiful churches, large institutional buildings, pedestrian streets, museums and much more. You can also make some nice day trips out of town, and town along the Danube are great choices with much to see. 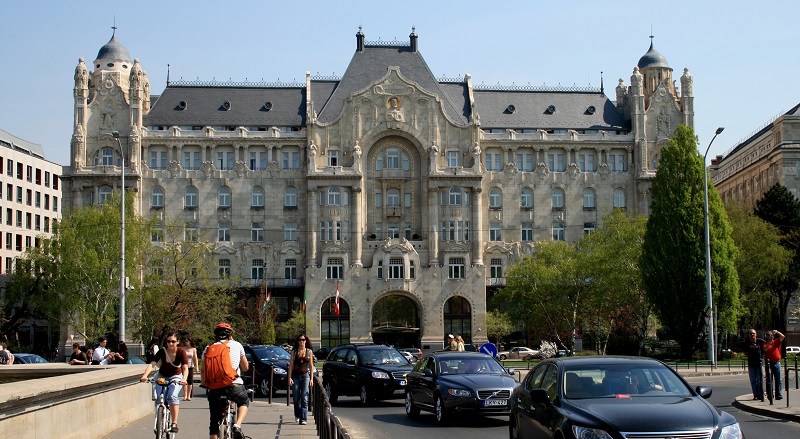 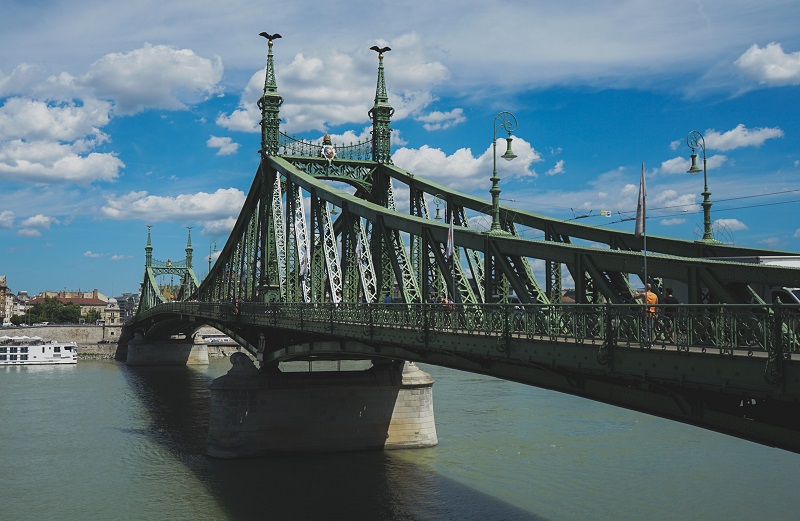 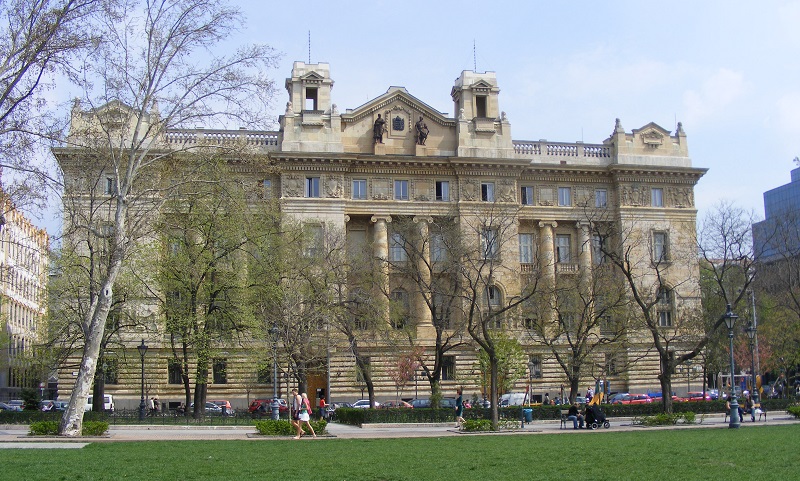 Aquincum
The central location of Rome's Aquincum Budapest on the Carpathian plain has for thousands of years brought various peoples to it, including Celts, Romans, Huns, Mongols and Germans.

The first settlement stood the Celts for about the year 0, and in the following centuries the Romans came to the area. They established Aquincum in present-day Óbuda, and as a fortified military post it became the capital of the Lower Pannonia region in 106.

Hungary is founded
Later the Magyars (Hungarians) arrived from western Siberia. They settled in the area and thus became the start of what later became Hungary. The Magyars were a horsemen, and it took time before they settled down and founded real cities.

After being defeated by the Germans in 955 in the Hungarian territory, and with the coronation of Stefan (Istvan) as the country's first king in 1000, the country Hungary was founded.

The country's first 250 years were affected by many disputes over the throne, weakening the country which lost territories to neighboring countries. To stop this development, the castle of Buda was built in 1247-1265 under Béla IV, and at the same time Pest became a city with royal privileges.

Prosperity and stagnation
The new measures strengthened the cities of the Danube, which experienced a boom. The royal palace was expanded, a university in Óbuda was founded, and the first bridge over the Danube was built. The times of the rise came after the reign of Matthias Corvinus (1458-1490), under which Budapest had become one of Europe's leading cities and the absolute capital of Hungary.

In 1526, Budapest was attacked by the Turks, who destroyed parts of the city before re-entering the city in 1541. It was a time when Budapest and Hungary's period of independence and relative prosperity had ended.

Hungary under Habsburgs
The country's own resistance and the aid from Austria sent the Turks to flight in 1686, after which Hungary became a province in Austria's Habsburg Empire.

It was the start of Budapest's great growth, both financially and culturally. Buda became German-speaking under the name Ofen, and in the late 18th century it was the country's administrative center and a royal garrison town, while Pest developed as the region's trading town. The plague's development led to a significant expansion of the city, and the city walls had to be removed. Around 1800, 50,000 lived in the urban area.

In keeping with the positive development of Budapest, a growing national consciousness emerged throughout the Hungarian area. In 1849, it led to an uprising and a declared independence led by Lajos Kossuth. However, the Habsburg Empire managed to fight the rebellion quickly.

The Hungarians continued the resistance passively, and after some military defeat for the Habsburgs, the double monarchy of Austria-Hungary was created in 1867. The Hungarian position in the kingdom was considerably strengthened.

Merging and new growth
The three cities of Buda, Pest and Óbuda were separate cities until 1873, when Hungary's new role in the monarchy brought together a single city, Budapest. The time after the creation of the dual monarchy and the merging of cities into one became unparalleled for Budapest's economy and cultural flourishing.

Large parts of today's Budapest are listed during this period. The large boulevards of the town plan were built, large typical houses were built and the distinguished parliament, the Mathias church and other large monuments were erected. One of the highlights of the Belle Epoque era was the six-month exhibition in Budapest in 1896 in celebration of the millennium for the Magyars' conquest of the Hungarian territory. That same year, the first metro on the European continent was opened here.

Dissolution of the double monarchy
The Austro-Hungarian Empire entered World War I with Germany. The defeat meant a fragmentation of the great kingdom of the Habsburgs, and Hungary became a republic. The Hungarian Communists had power in Budapest until Romanian armies entered the country five months later.

With the end of World War I, Hungary was greatly reduced and given the size it has today. During World War II, parts of Budapest were destroyed, including the Buda castle and the Danube bridges.

Communism and New Freedom
In 1947, Hungary's communists were elected as the country's rulers, a position that remained in place until 1989. In 1956, fighting broke out in the streets of Budapest. The end of this national uprising occurred when Soviet forces seized the city and restored peace in the country.

In the decades following the uprisings, reforms were continually launched, creating cultural and economic development and prosperity in not least Budapest. Janos Kádár's regime fell with the general political upheaval in the region in the late 1980s. After 15 years as the new Hungarian Republic, the country joined the EU in 2004 with Budapest as the capital of modern Hungary.
Skjul indhold her 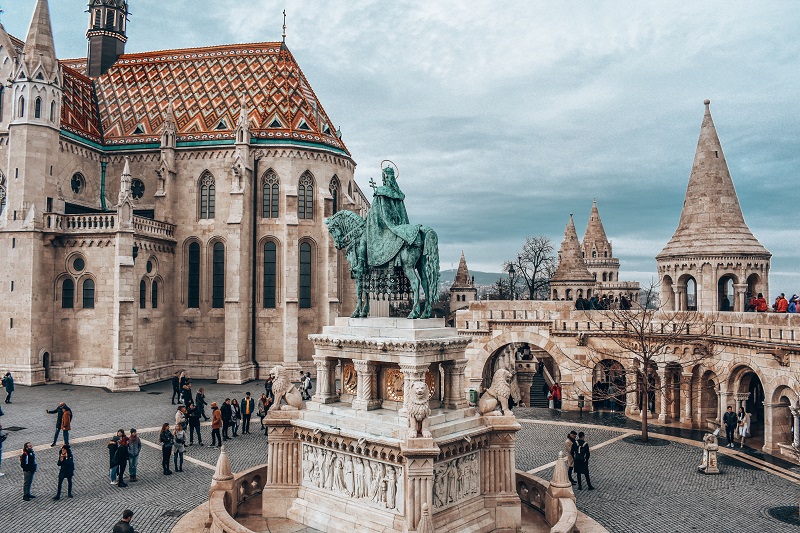 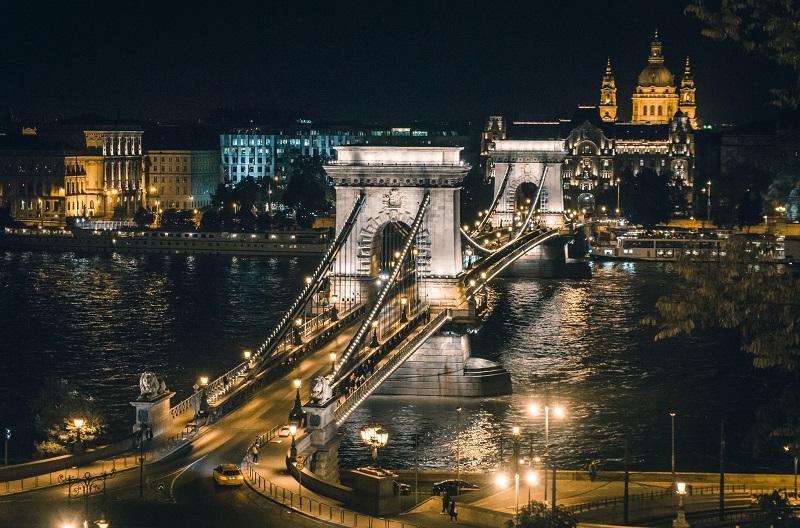 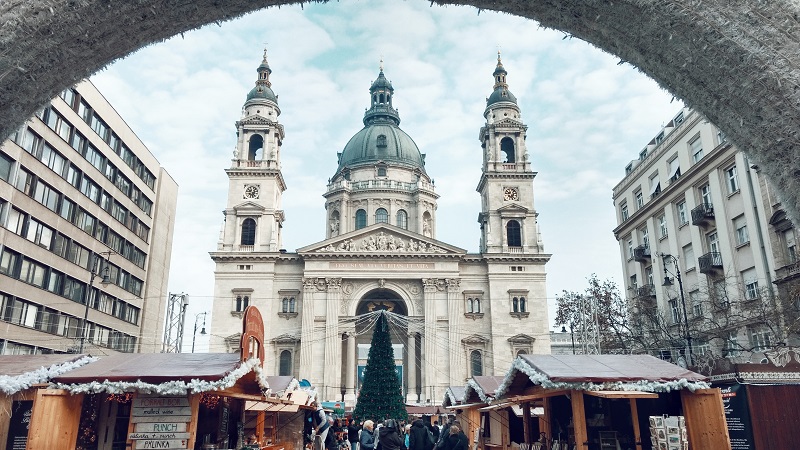 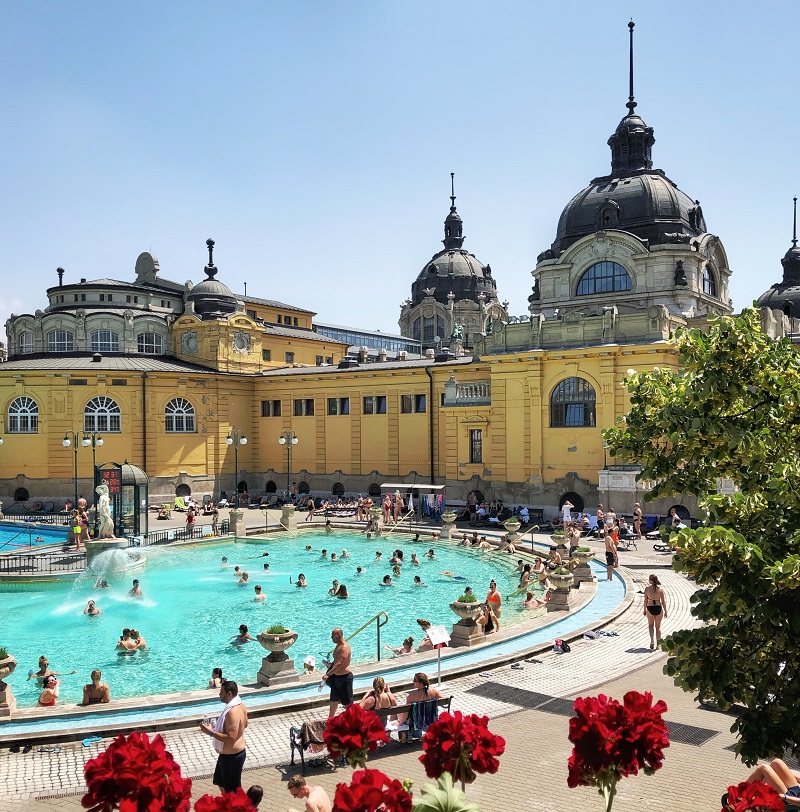