Dresden is one of the most beautiful cities in Germany. Zwinger, Katolische Hofkirche, Semperoper and Frauenkirche are some of the famous building from the magnificent baroque era, which the city is so famous for. However, Dresden has much more to offer as well, such as Altmarkt and Prager Straße, both originating from the GDR.

Throughout time, the Saxon princes have built Dresden as a true world city in beautiful Baroque, and fine culture has always flourished among the beautiful buildings. As a visitor, you will enjoy this when you visit the grand museums, see the fine architecture or just walk the city streets. The scenery along the River Elbe is worth seeing on the way.

Dresden was almost totally wiped out by a Allied bombing 13-15 February 1945, but since then the city has resurrected to former glory. It happened with almost the same ambition as in the original constructions. The history of the bombing and reconstruction can be seen in museums, and the church of Frauenkirche is the landmark building of this part of Dresden's history.

In addition to Dresden's own beauty, the city is located in the middle of a beautiful area where there is never far to the next fine city and stunning piece of nature. Highlights include the porcelain city of Meissen, the castles of Pillnitz and Königstein, as well as the Saxon Switzerland National Park. 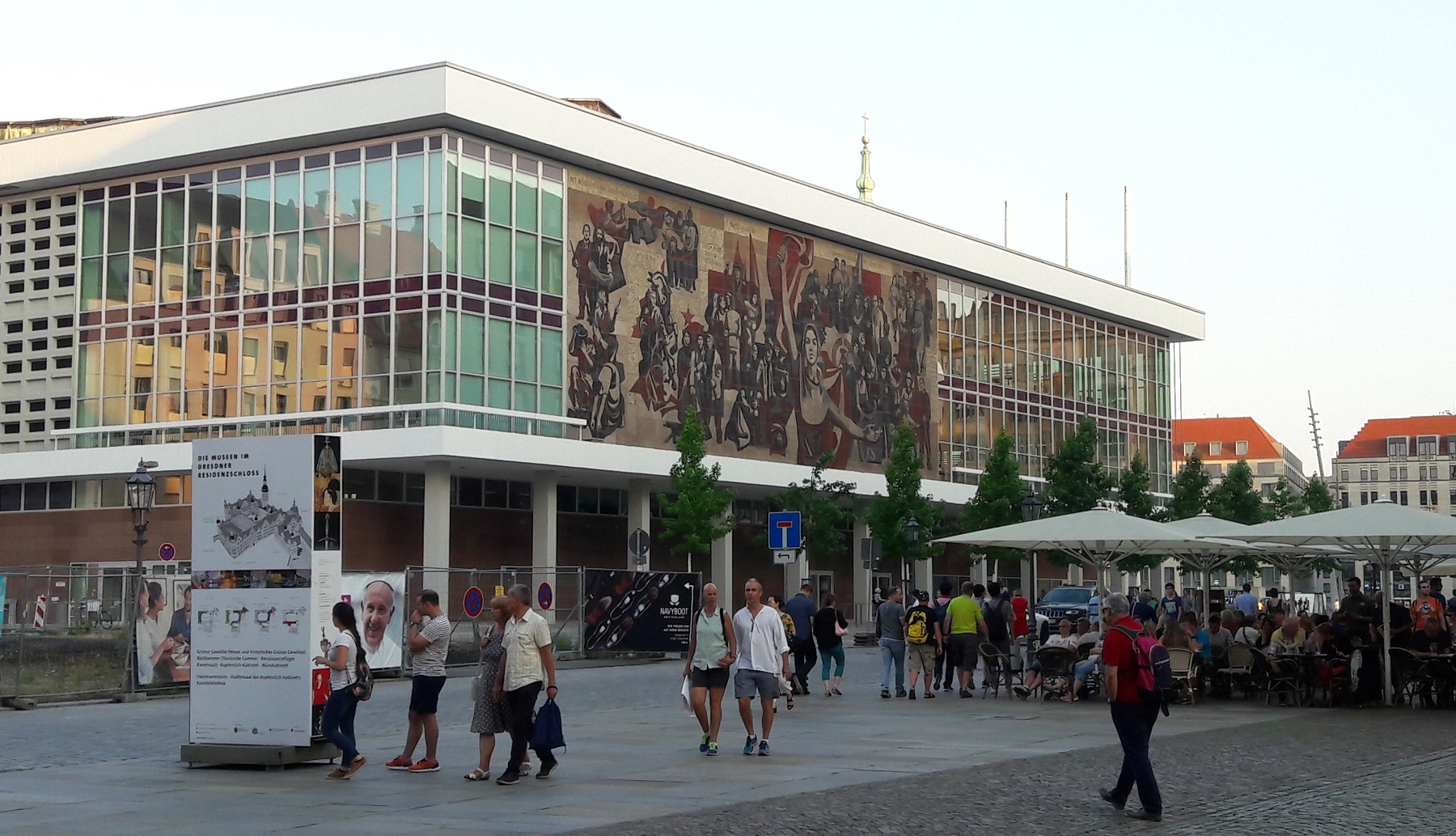 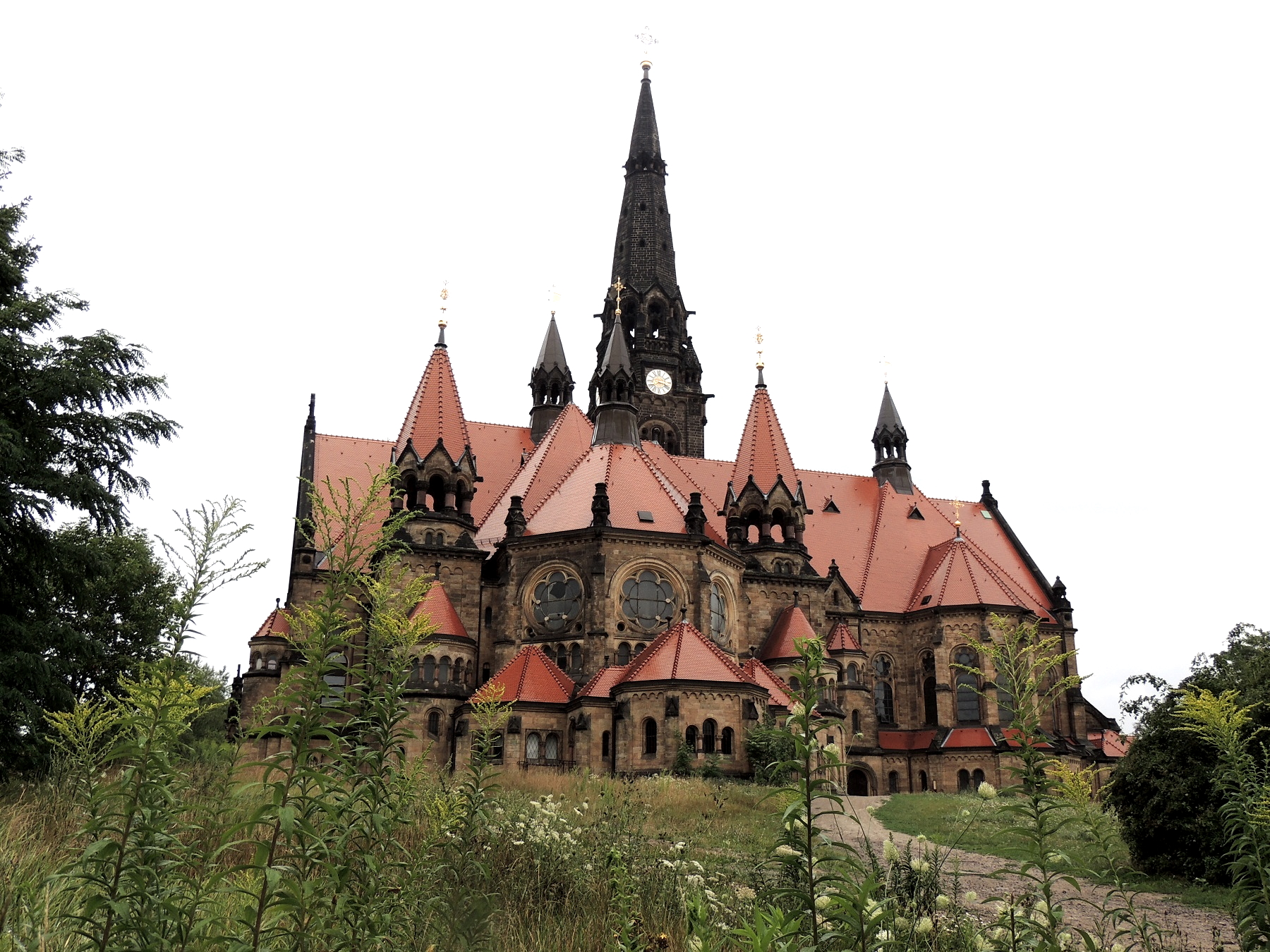 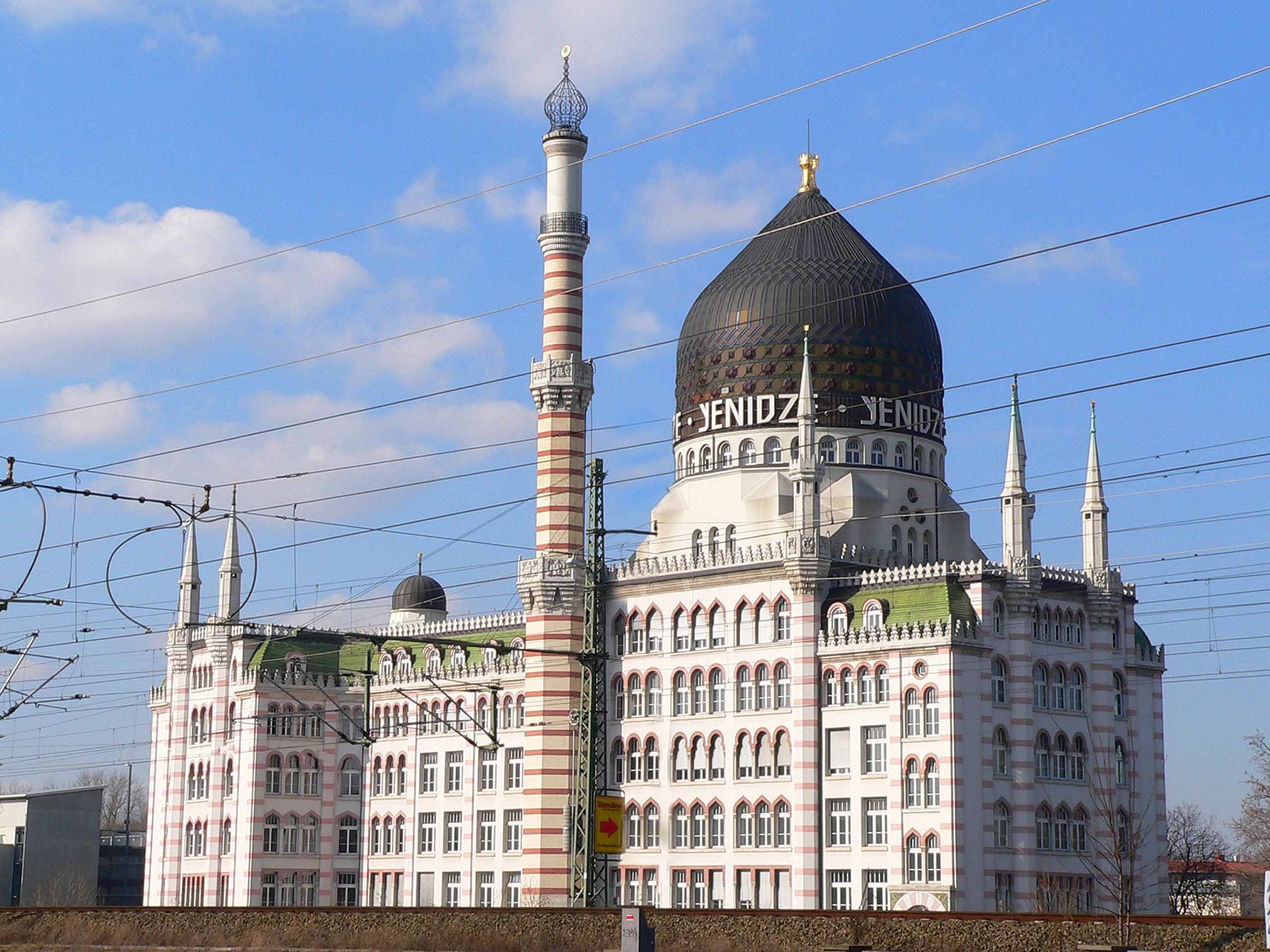 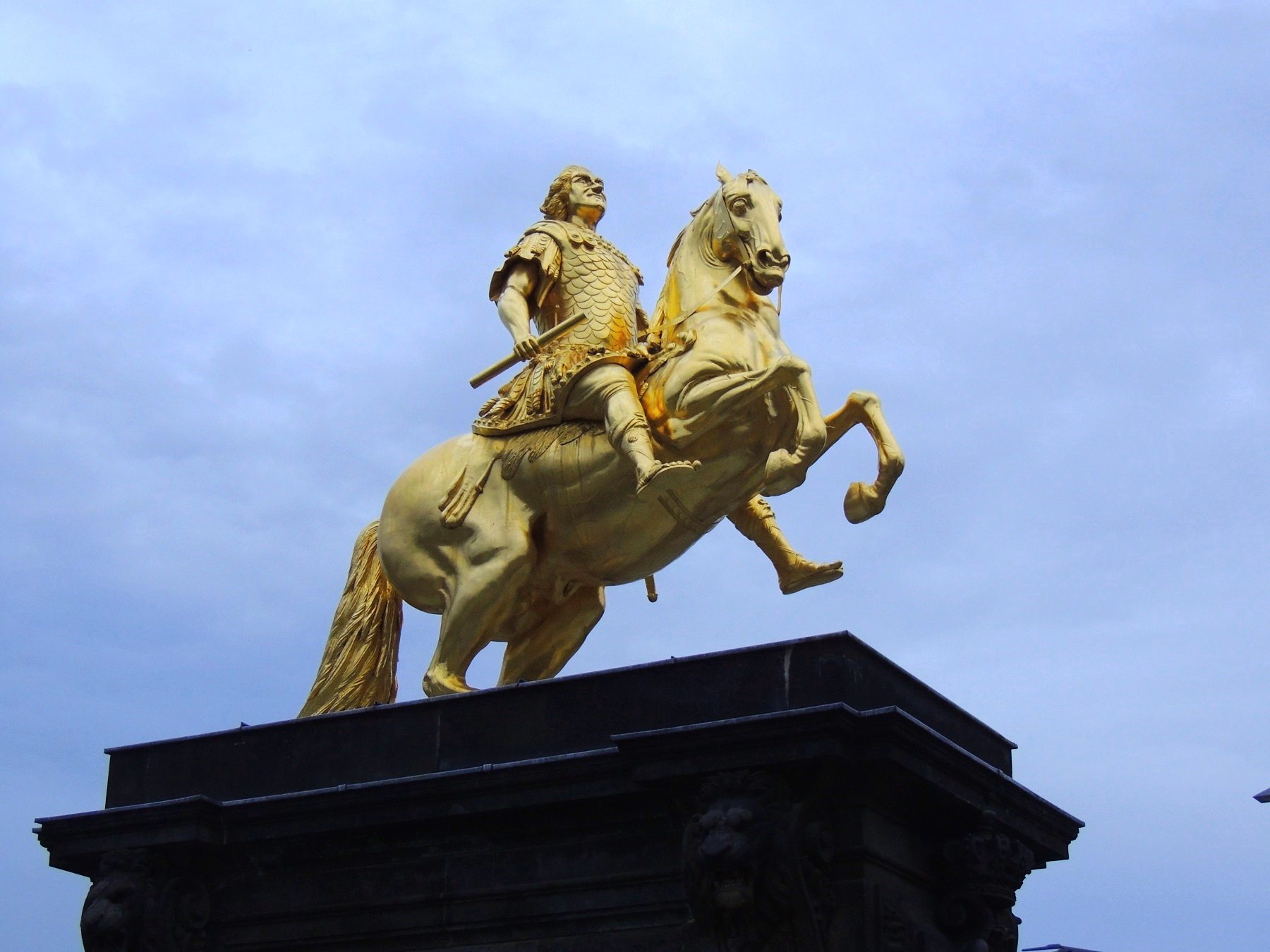 The earliest period
Elbe's nutritious lands have attracted settlers early, and in the 500s Germanic tribes came from the east, while Bohemian slaves came to the area from the south and founded the city of Drezdany.

In the 9th century, the Germanic armies under King Heinrich I conquered the Slavic lands between the rivers Saale and the Elbe, and their center of power became the new castle in Meißen northwest of Dresden.

Traders and craftsmen settled the territories and established trade routes, and in the 12th century the leaders of the Meissen decided to erect a castle at the Elbe to protect and control the area and crossing of the river at the village of Drezdany.

Dresden is established
The castle at the Elbe grew into small settlements, and officially these settlements became the city of Dresden in 1206. The original Dresden was on the left side of the Elbe in today's city center. Development was slow in the city, and neither the city nor its economy flourished.

Around 1500, there were almost 6,000 inhabitants in Dresden and the surrounding villages, among others the town of Altendresden, which had been founded on the opposite side of the Elbe.

In 1485, the territory of the Meissen was divided, and the Albertan side of the Welsh prince's family decided to settle in Dresden as their new residence.

In 1491 Dresden fell victim to a fire that destroyed much of it, yet the city under Prince Georg was quickly rebuilt.

Under Prince Georg, the Reformation came to the German territories, and Dresden, because of the princely opposition, became a central city that was opposed to Martin Luther's new ideas. However, Prince Georg's successor quickly completed the Reformation in Dresden.

The city is growing
Dresden's development happened very quickly in the following years. The economic activity was strongly increasing, which was not least due to the needs and wishes of the princely family. The population also increased, now that Dresden had become a real residential town.

In 1547, Dresden became the capital of Saxony, the most important Protestant region and after the Habsburg Empire the most influential German state.

Dresden experienced rapid development. The old castle was rebuilt into a beautiful palace complex, and the medieval town was modernized and fortified with fortifications. The city's cultural life was actively strengthened. Up through the 16th century, the population tripled.

The 1600s and the Baroque
From 1620 Saxony became involved in the Thirty Years War. Dresden was not occupied, but the war stalled the city's expansion, and plague and famine plagued the area. The ceasefire only lasted just after the end of the war, after which Dresden quickly regained the greatness and power of the past. The culture thrived, and in 1670 the beginning of industrialization was started in the district of Friedrichstadt.

With Prince August the Strong's coronation to the Polish king in 1697, Dresden became a capital of European scale. Its Baroque buildings were erected and in the first half of the 18th century the population again tripled to now 63,000.

In August 1756, a setback to the city came. Prussian troops occupied Dresden, and the fighting during the Seven Years' War destroyed much of the city and stopped the development entirely. The rebuilding of the city was slow, and it took about 60 years for the population to reach its former level.

Napoleon and industrialization
Under Napoleon, France overcame Saxony, which became the country's ally. Napoleon stayed in the city several times, and one of his last victories was in 1813 outside the city walls of Dresden.

After the Napoleonic era, industrialization came to Dresden. Among other things, the first German intercity railway line was built in 1839; it connected the cities of Dresden and Leipzig. In the decades that followed, the city grew rapidly and Dresden was the fourth largest city in the German Empire.

20th Century World Wars
World War I resulted, among other things, in the abdication of King Friedrich August III, and the Free State of Saxony was formed as a replacement for the former kingdom. By the end of the 19th century Dresden had become a large garrison town, but the garrison was only in limited activity between the two world wars of the 20th century.

However, the city had been continuously developed as a production city and as a communication center. The military industry had also been built up in and around Dresden, considered a place to be defended.

During World War II, many refugees came to the city in connection with Germany's rising defeat against and in 1945. There were about 600,000 refugees in Dresden, who with them had over a million inhabitants.

On 13-15. February 1945 over 1,000 British and US bombers attacked Dresden. In total, they threw 2,431 tons of high explosive bombs and 1,475 tons of fire bombs. Germany's defeat a few months later was almost already a reality at the time of the bombings that killed thousands of civilians, which is why the attacks remain controversial. The result of the bombs was that almost all of Dresden's center was totally destroyed three months before the arrival of the Red Army.

Dresden in the GDR
The labor and peasant state took over in the East German area, and with Dresden they were given a city that was in the process of complete reconstruction. The city rose again, and it happened surprisingly quickly. With Soviet assistance, the GDR initiated both a reconstruction of the Baroque Dresden and a new building of a modern East German metropolis.

The reconstruction took many years, but most of the many destroyed buildings were rebuilt one by one in the GDR, which at the same time developed Dresden in socialist modernism, characterized by large-scale construction and the ambition of a new society that was far from the past. noble and royal capital. In the same year, Dresden developed into a major industrial center in the GDR.

Today's Dresden
In today's Germany, Dresden is the capital of the federal state of Saxony, and the city's beautiful baroque splendor buildings are being rebuilt with new buildings after the German reunification; not least the famous Frauenkirche. Around Frauenkirche, the redevelopment of the area at Neumarkt Square continues.

Today, Dresden is a city whose center is listed on UNESCO's World Heritage List. Visitors flock to the old city, its culture and its museums again. At the same time, Dresden has also experienced new industries such as Volkswagen's famous transparent assembly plant.
Skjul indhold her 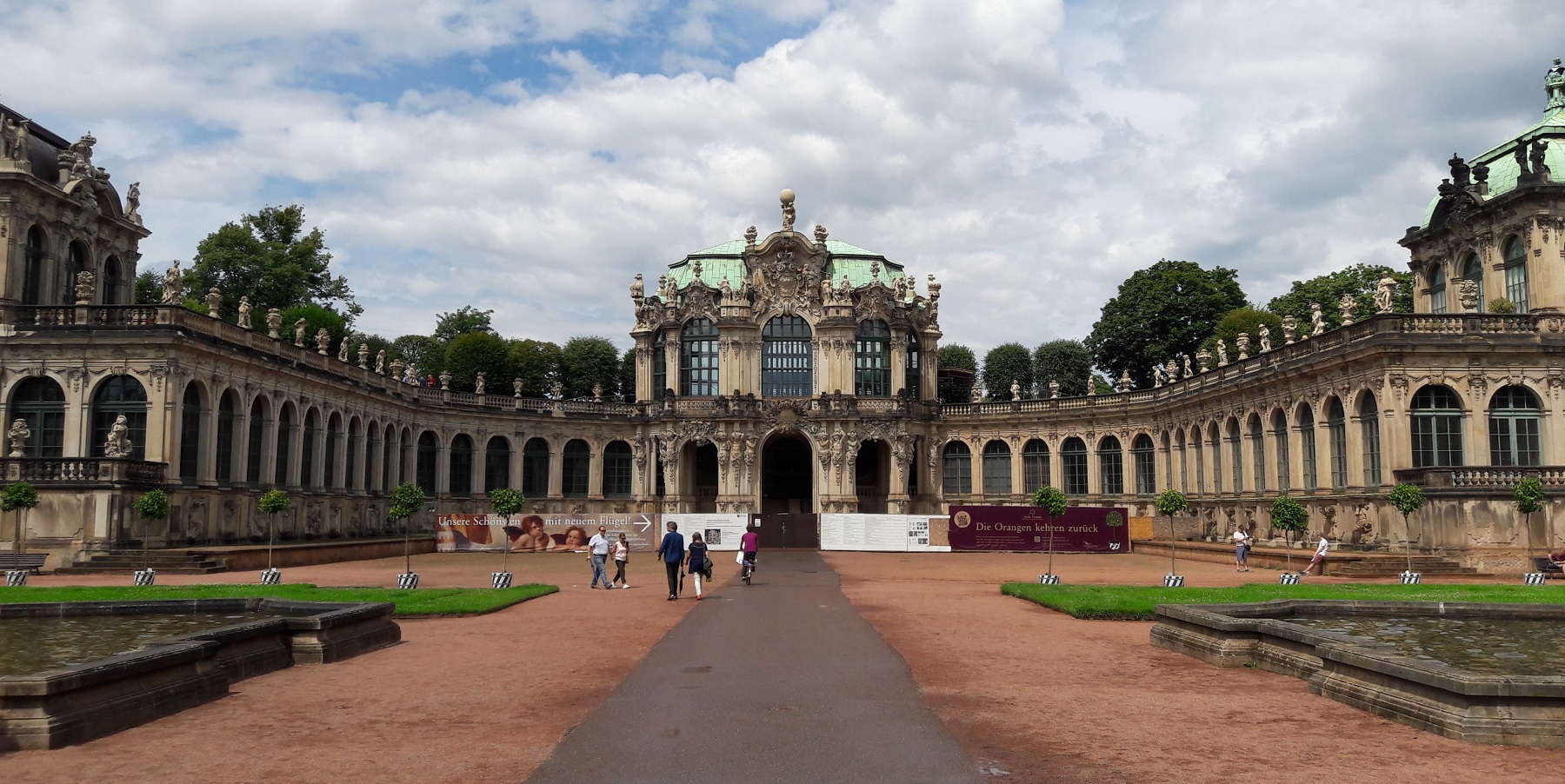 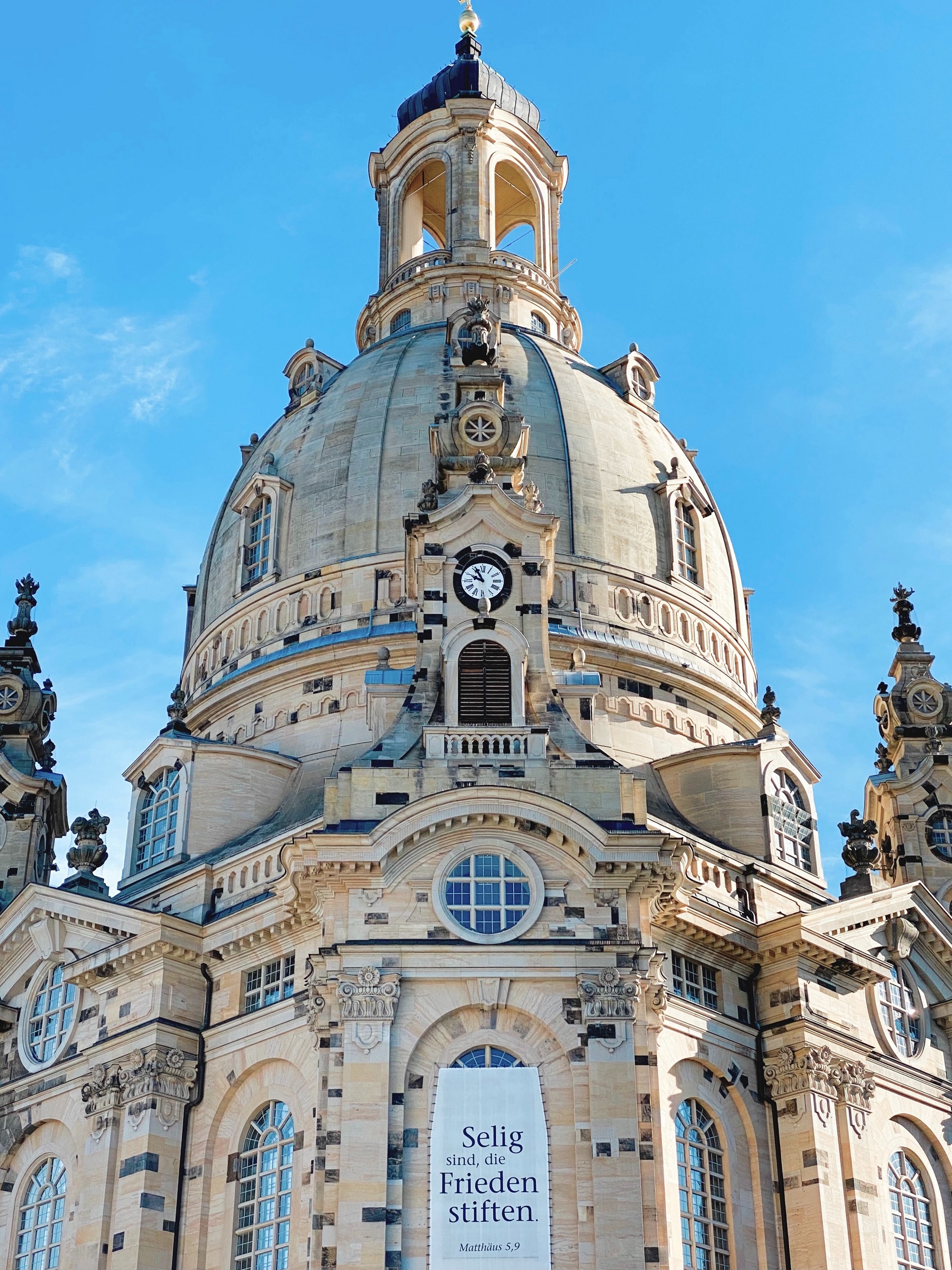 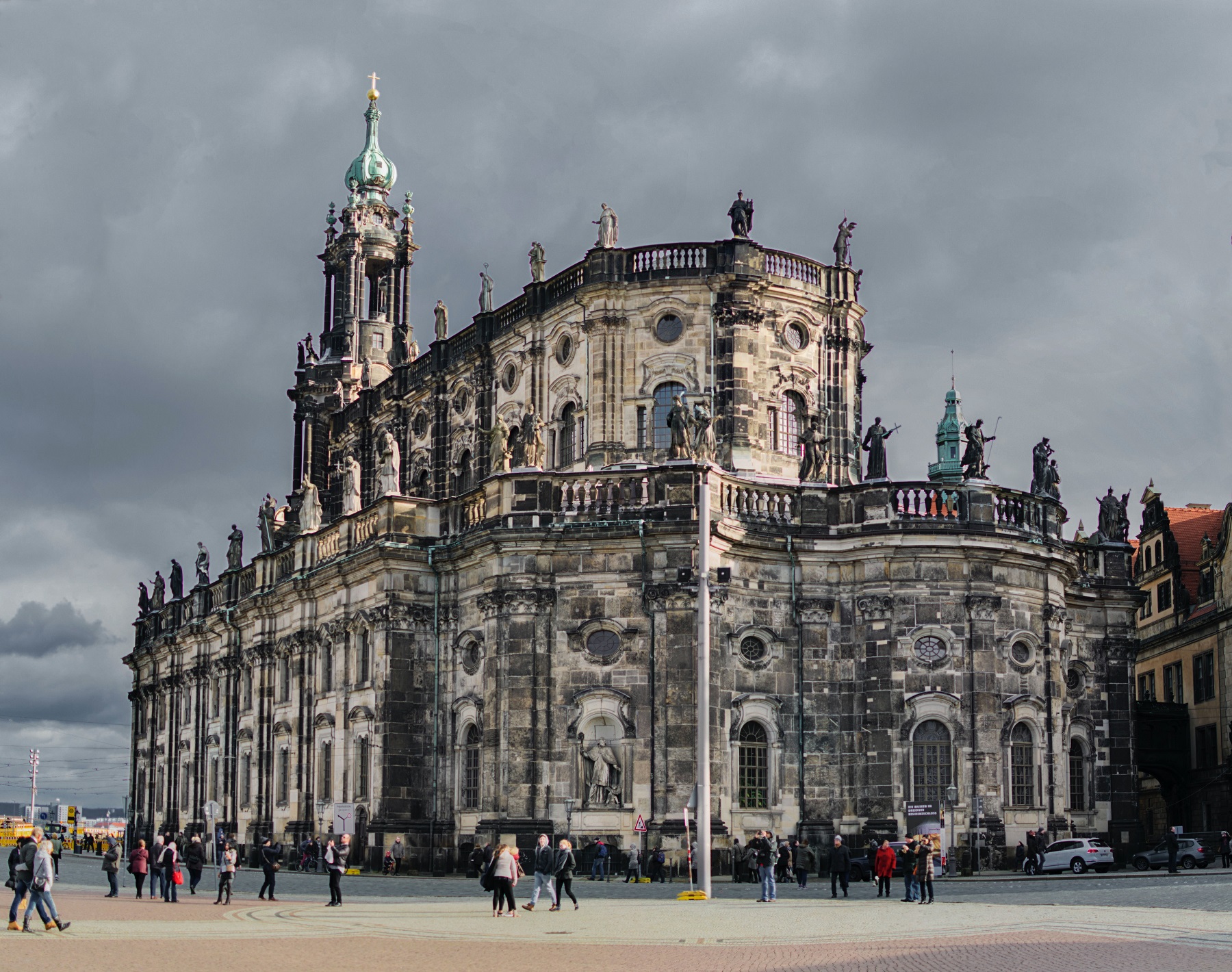 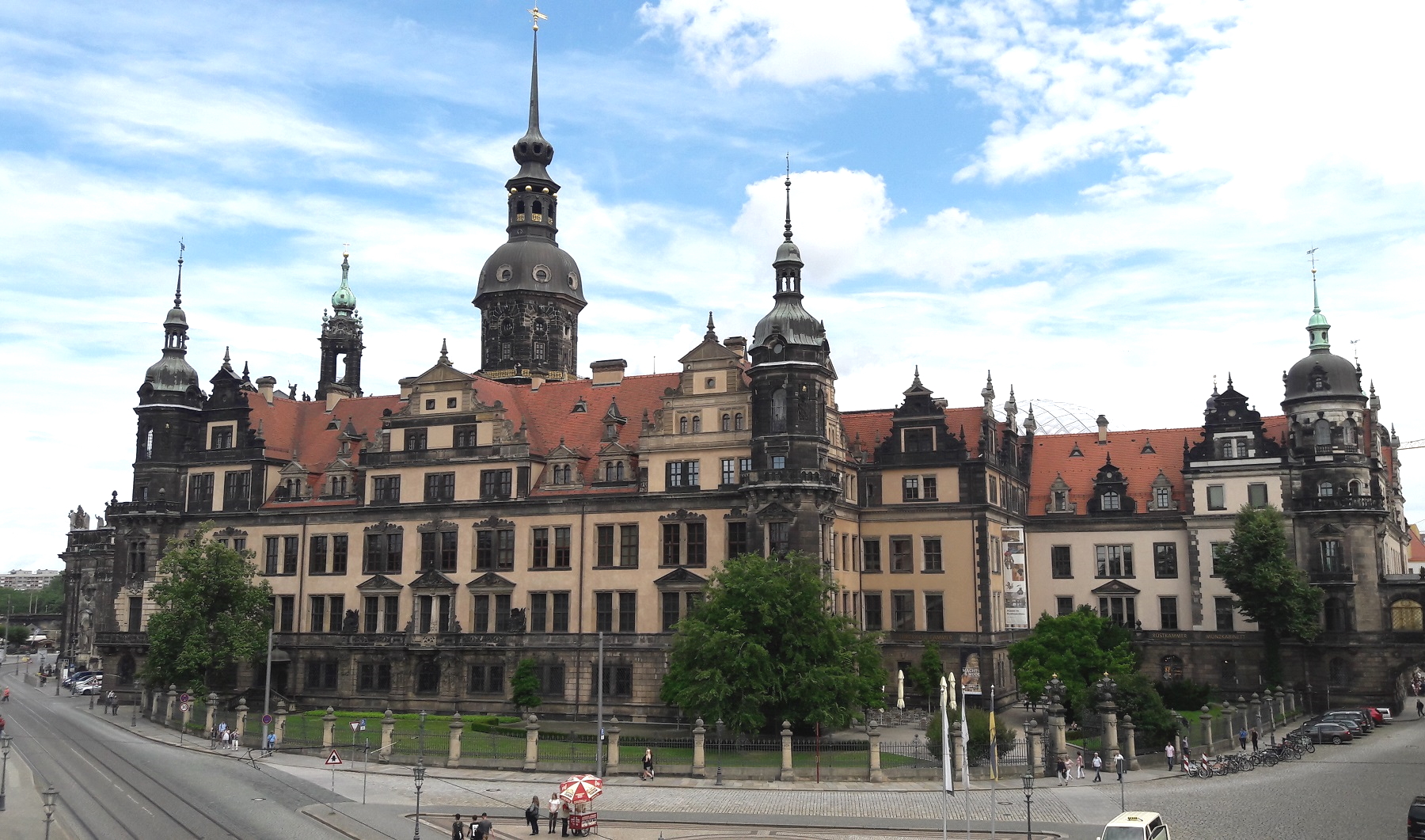 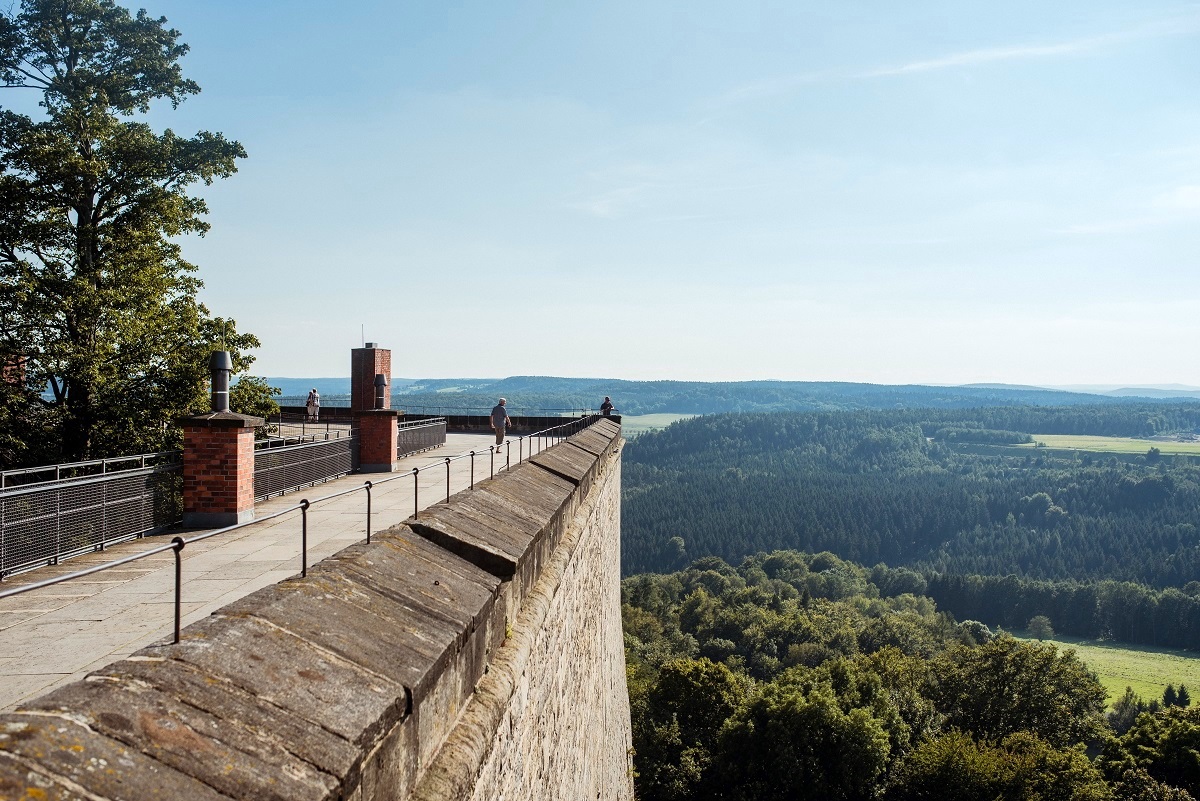 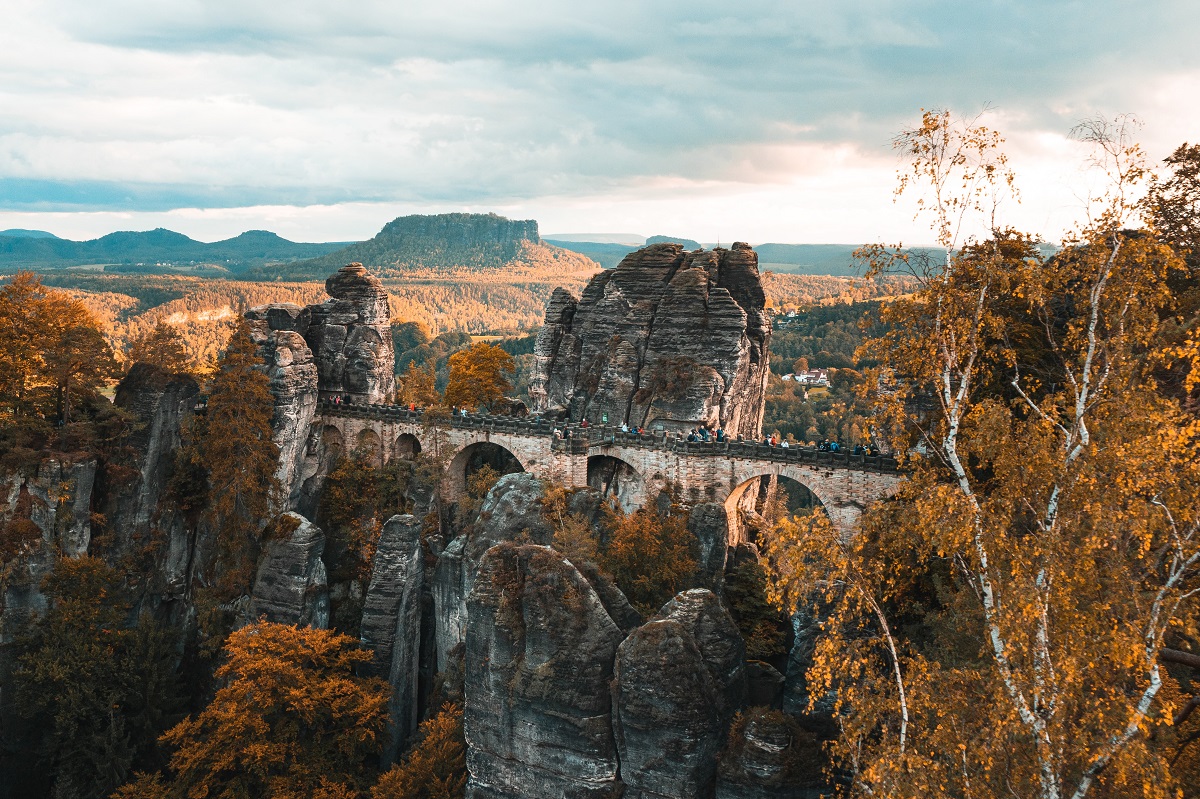