Florence and surrounding Tuscany are at the top of many travelers bucket lists of places to see in Italy and the World, and for good reason. The landscape is picturesque and with the many cultural cities, loads of great sights and activities await. Florence is the top of Tuscany sights with all its splendor and countless beautiful churches, palaces and more.

The city, with all its marble, offers plenty of things to do. Among the most famous places to visit are the magnificent cathedral of the city and its baptismal chapel. Palazzo Pitti with the impressive Boboli Gardens, the unique bridge of Ponte Vecchio, the Uffizi Gallery's distinguished collections and the area around the Republic Square are good choices as well.

The walk along the river Arno is also beautiful. The natural highlight is Ponte Vecchio with its unique architecture with stalls on both sides. From here, cozy streets takes you in all directions to squares and sights. An overview of Florence is at its best from the square Piazzale Michelangelo, which is almost a must on a trip here. From here you can see Florence's churches and other well known monuments.

The beautiful Tuscan countryside with its vineyards and charming medieval towns surrounds Florence, and there are many nice places to go on a day trip. The larger cities include Pisa with the Leaning Tower and Bologna with its many arcades and brick buildings. Unforgettable Siena is also close by, and you can also, for example, walk in the footsteps of Leonardo da Vinci, which starts in the city of Vinci. 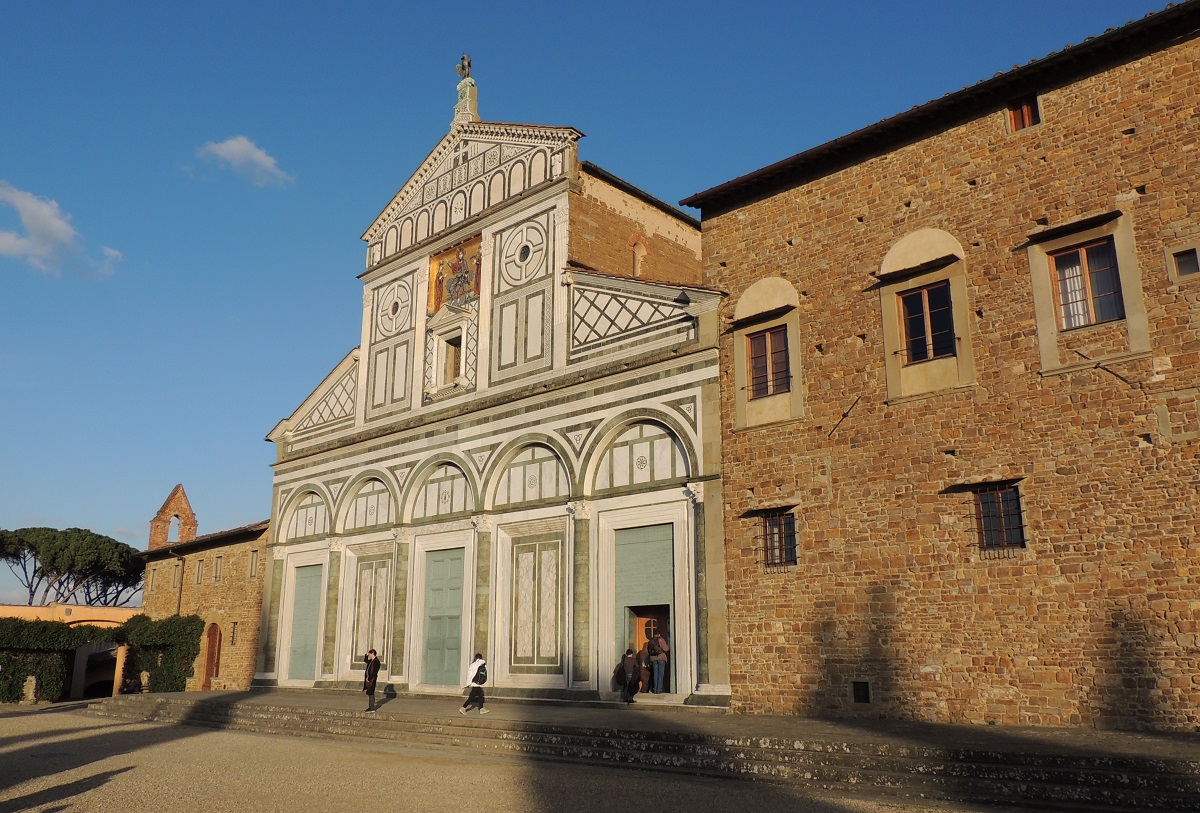 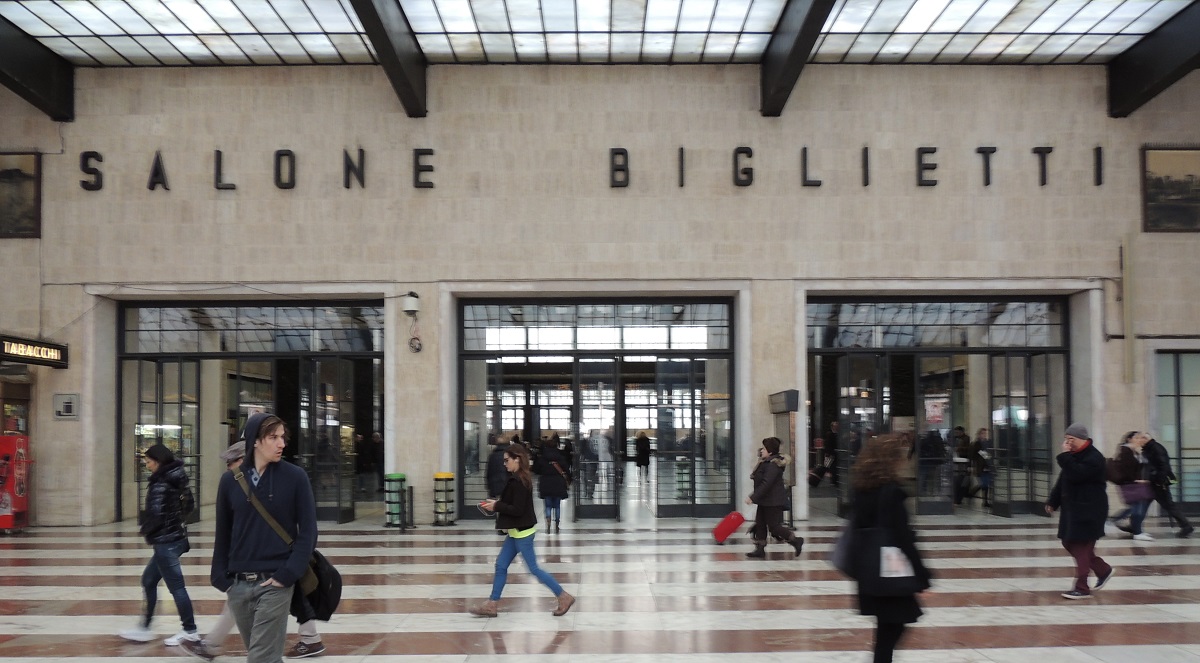 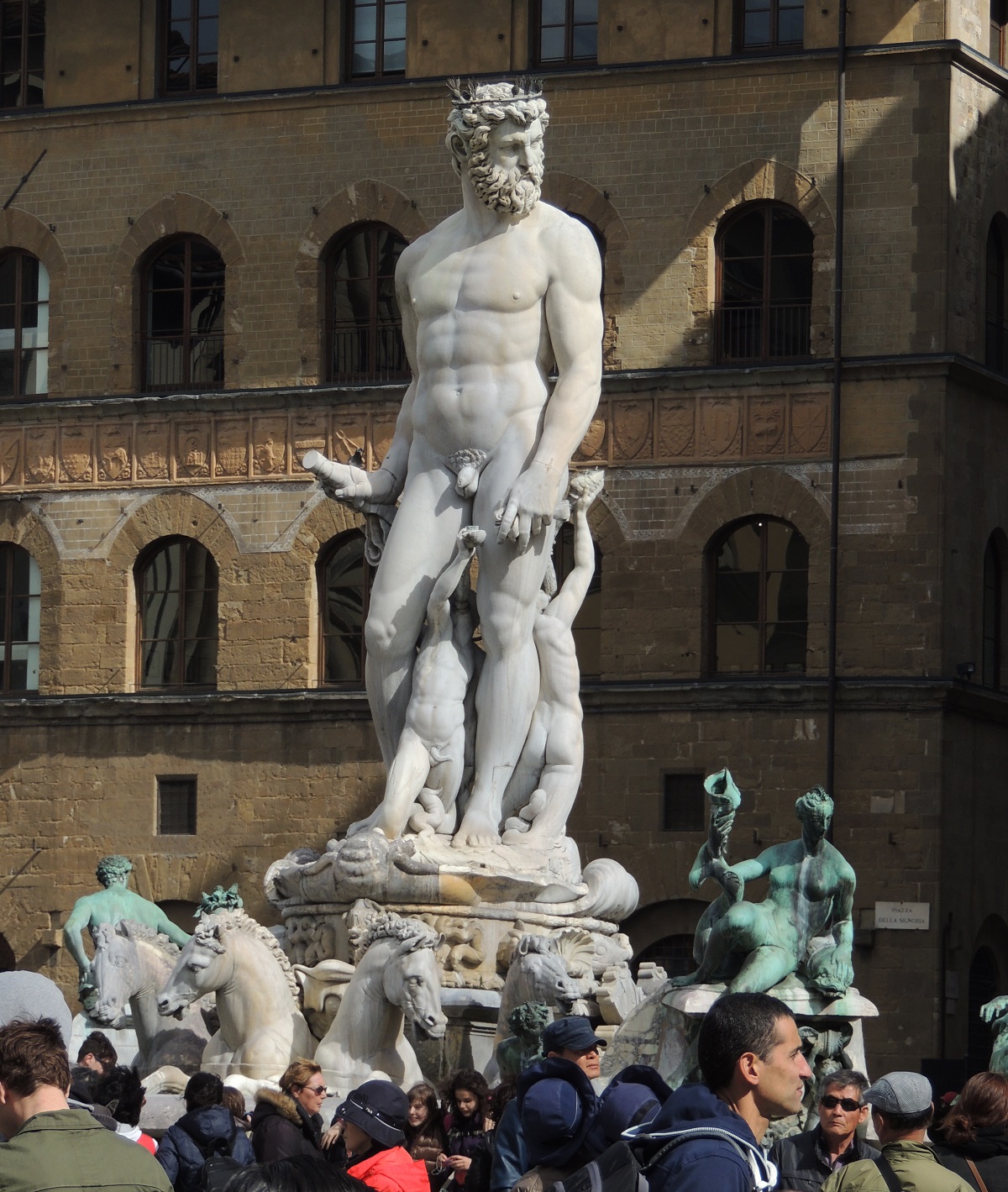 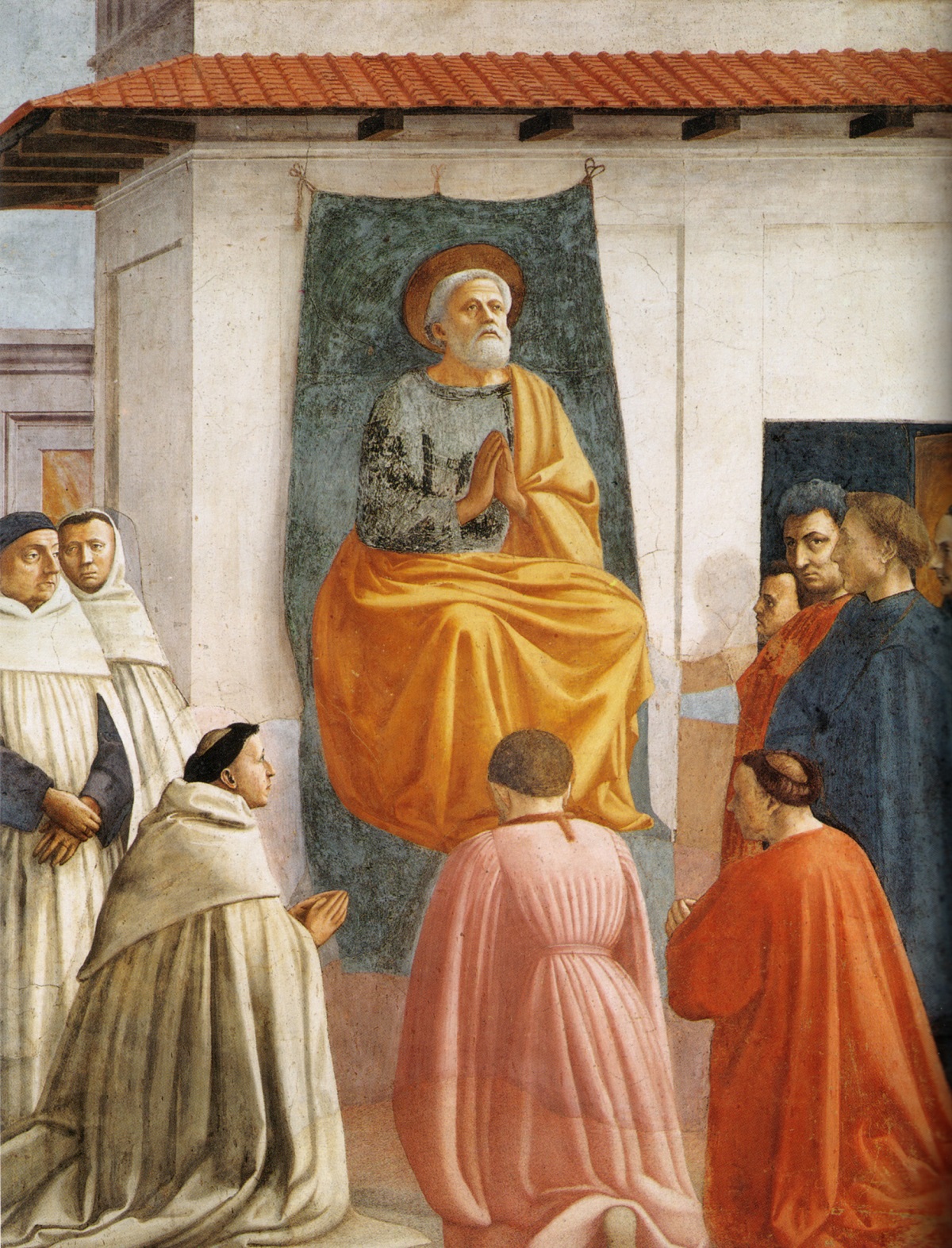 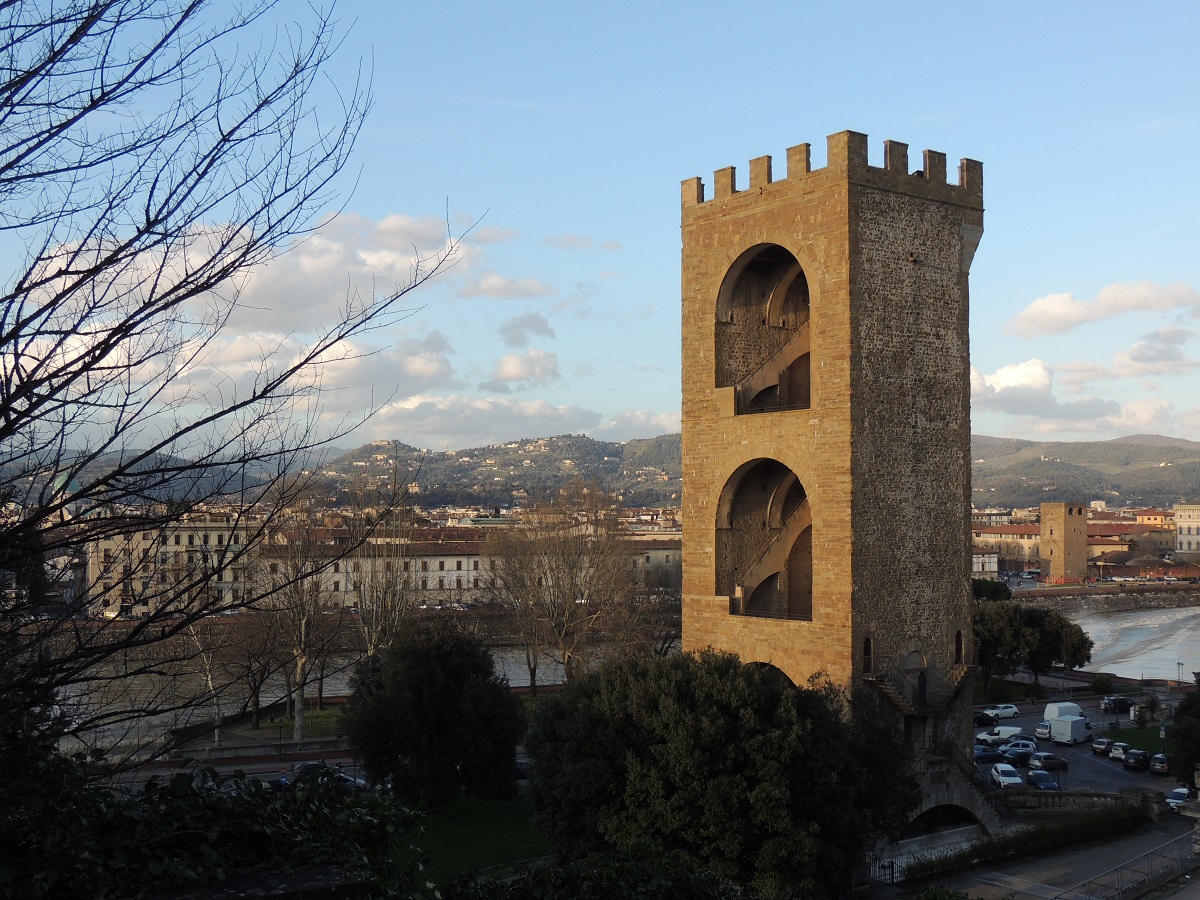 Roman beginnings
The history of Florence as an actual city started in the year 59 BC. with the Roman Empire's establishment of Florentia as a garrison colony. However, there were former settlements in the area, including the Etruscan Fiesole.

Florentia was built on the river Arno according to Roman pattern with a right-angled street network. Defenses were built in the form of city walls, and the city's central square was the Roman Forum, which over time has become the current Piazza del Repubblica.

The city grew rapidly thanks to its convenient location for transport and trade, and within a short time it had taken over Arezzo's position as the leading Roman city in the area.

Great battles
From the 400's battles between Goths and Byzantines, a decline period began for Florentia. After resisting several attacks, the city was slowly depopulated and at one time fewer than 1,000 citizens remained.

The Germanic longobards conquered northern and central Italy in the 500s, and with it Florentia came close to the border with the Byzantines of eastern Italy, which maintained a favorable position through the city on the trade road towards Rome.

Florentia came to be called Florence, and its power and significance increased significantly in the 11th century, when the city of Lucca's role as administrative center lapsed. This happened when the Count Count Hugo of Tuscia moved his residence to the city.

In 1055, the emperor, the pope and 120 bishops met in Florence, which was an acknowledgment and emphasis of the city's significant position in the kingdom.

Towards the end of the 1100s, many of the city's large and now famous buildings were founded, including the forerunner of today's Cathedral, Santa Reparata, and the distinguished baptismal chapel that sits in front of the cathedral. Before them, the Basilica di San Miniato al Monte had been founded in 1013.

Tuscany grows
In 1125, Henry V died as the last emperor of the Frankish dynasty, and it became for Florence the beginning of a new era. Florence attacked the neighboring town, the old Fiesole, and united the two cities of the Florence municipality, mentioned for the first time in 1138. This year Florence was part of the association of Tuscan cities.

The city's enterprising merchants created a steady rise in prosperity, however, which was temporarily slowed by the ravages of Frederick Barbarossa in the area towards the end of the century.

The 13th century was dominated by the battles between the Pope Believers and the Imperial Believers. In 1250, the Guelphs formed government, and much of Florence's aristocracy was deprived of its power. In addition, there were internal strife between the ruling Guelphs; they were thus divided into so-called black and white factions under the leadership of Corso Doanti and Vieri de 'Cerchi respectively. The discrepancy led to the exile of the White Guelphs, among whom, among others, Dante Alighieri belonged.

However, the fighting did not lead to a decline in Florence's prosperity. By 1252, the Florin had been introduced as a golden currency, and it helped cement the city's position as an economic leader in the region and in Europe. The Florin was the first currency in centuries to be minted in a number that enabled commercial use far beyond the city limits.

Florence set up banks in many places, such as in the rich Flemish trading town of Bruges, which was one of the dominant in Northern Europe. This made Florin the most widely used currency in Western Europe.

The late 13th century was also the downturn of Florence's rival to the west; the city of Pisa. In 1284 it was defeated by Genoa, enabling Florence to develop further.

Continued economic and cultural boom
By the mid-1300s, Florence's population had grown to around 80,000, and it was in every way a factor of power in the area. One of the major employers was the wool industry, which is believed to have had 25,000 employees. It was a rich Florence that was therefore affected, but not destroyed by the plague that ravaged the city in 1348.

From 1328, Florence became a city republic governed by a council of merchants and bankers. However, there were periods of riots from the other citizens of the city, and they also occasionally participated in the city council. A complex electoral system was established that took into account the city's representation, and it excluded, among other things, that families had several members of the city government; it was called signoria.

The Medici family gained significant influence and later power from the late 1300s, and with it started Florence's great cultural recovery. Cosimo de Medici started as the patron of Brunelleschi and Donatello, and Cosimo's grandson, Lorenzo, continued the great support of arts and culture. In his time, the city fostered big names in many arts. Leonoardo da Vinci and Michelangelo were just some of those financially financed by the Medici family.

After Lorenzo's death in 1492, Piero took over the reigns of medicine, but two years later French Charles VIII invaded Tuscany on the road to the claim of the Neapolitan throne. Piero entered into an agreement with Charles VIII, which led Florence to send him into exile and restore a Republican regime.

However, after a strategically good marriage in the family, the family returned to power in the early 1500s only to be exiled again in 1527, when the city for the second time created a republic. However, the time without the drugs would not last, and they would soon be in power again.

Spanish siege and continued growth
For ten months in the years 1529-1530, the Spaniards besieged Florence. One of the results was the end of Republican Florence, and the Medici family regained dominion over the city with Alessandro de Medici. Other consequences, for example, were confiscation of some of the citizens' fortunes.

With the approval of both the pope and the German-Roman emperor, in 1537, the media became dukes of Florence with a succession. In 1569 they were made grand dukes of Tuscany.

The Medici family maintained control of Florence until 1737, when the line of succession became extinct. The Grand Duchy of Tuscany thus transferred to the Lorraine dynasty. However, the period of ever-increasing prosperity continued unabated and the city was still one of the absolute leaders in the Italian peninsula. With the dynasty of Lorraine Florence and Tuscany became part of the Austrian Empire.

The years as capital
Tuscany joined the new, united Italy in 1861, and in 1865 Florence became the capital of the kingdom; a status the city took over from Turin. However, this special status lasted only until 1871, when French troops left Rome, enabling Italy to join Italy and were elected as the capital of the Tuscan capital.

In the years of 1865, a number of medieval houses were demolished to make way for larger squares and wider streets to give the city a more stately feel. These include the historic center of Roman Florentia, Piazza della Repubblica, where a large arch of triumph was built.

The 19th century had given rise to growth in the city, and over the century its population had doubled. It was a development that, together with, for example, tourism, continued throughout the following century.

The 20th Century to Today
Florence's population continued to rise in the new century, and the number tripled through the 20th century. Not least, tourism has developed rapidly with a lot of activity and many jobs.

During World War II, Florence was quite damaged and yet spared close-knit street fighting, after one year German troops withdrew in 1944.

The city was open to Allied forces, but to slow the advancing Englishmen, the Germans blew all the bridges across the river into the air. Only the old Ponte Vecchio was spared; reportedly by Adolf Hitler himself, who found it too beautiful to destroy. After the end of the war, reconstruction work was started, and the original stone was often used as far as possible for the exact restorations.

In 1966, a major flood hit the city, and countless works of art and buildings had to be restored in the lovely and atmospheric city, which is the setting of unique experiences for all visitors every year.
Skjul indhold her 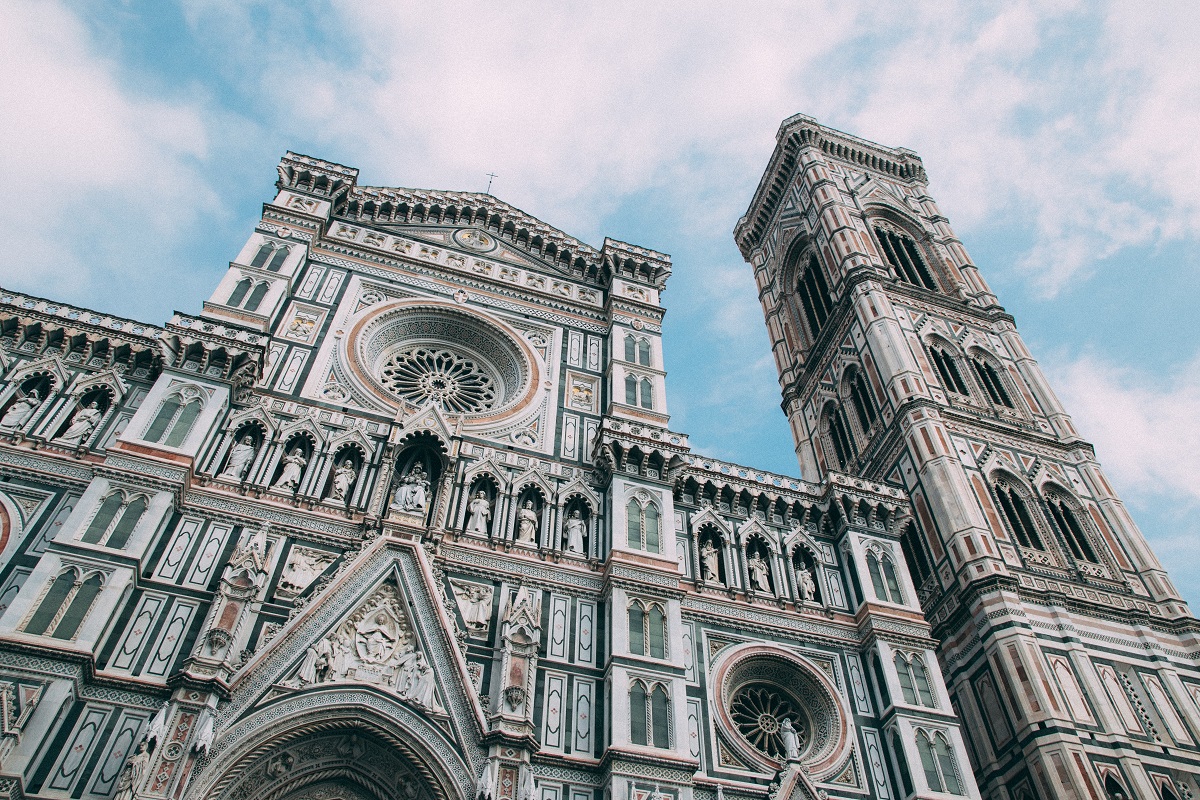 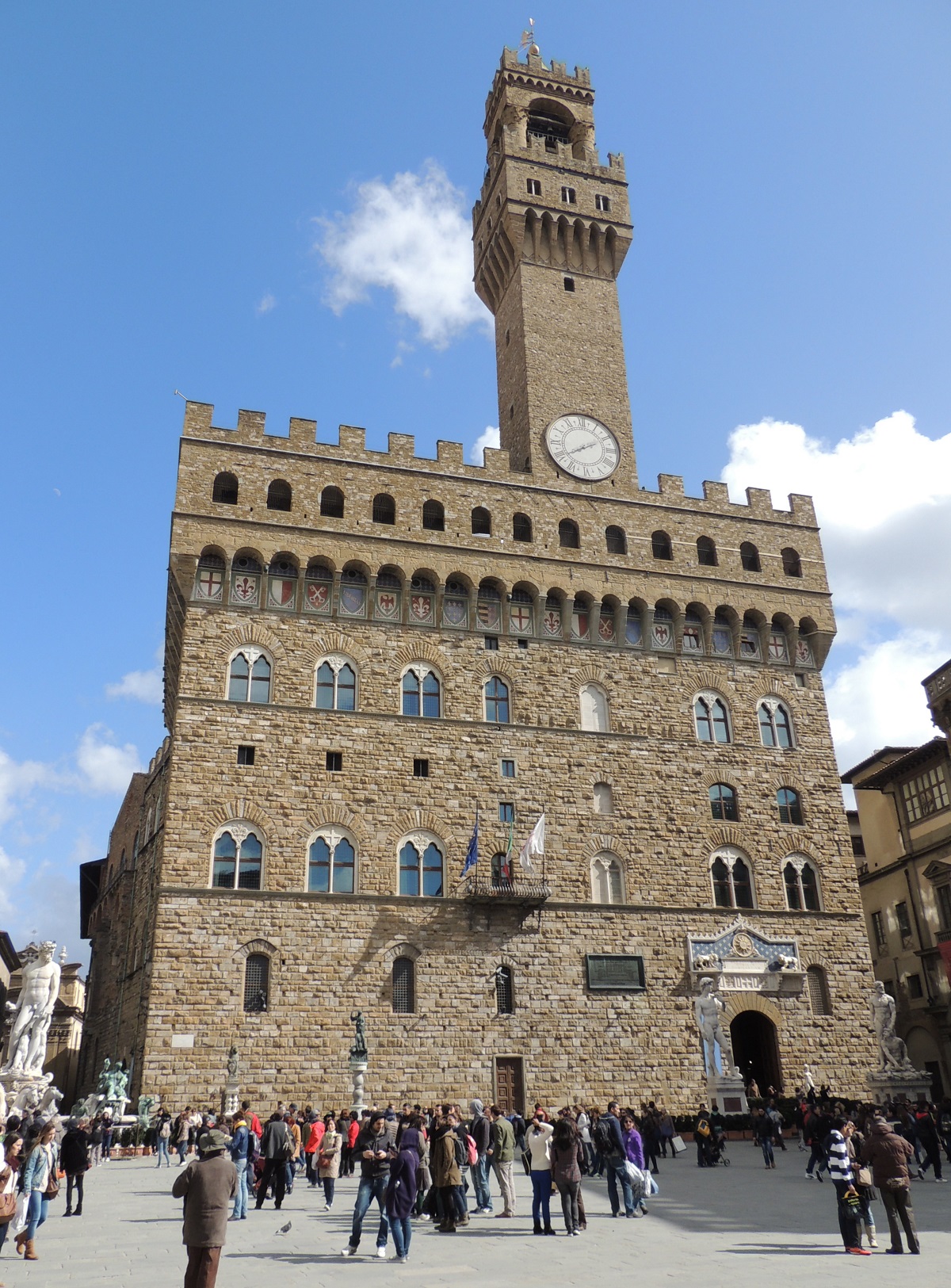 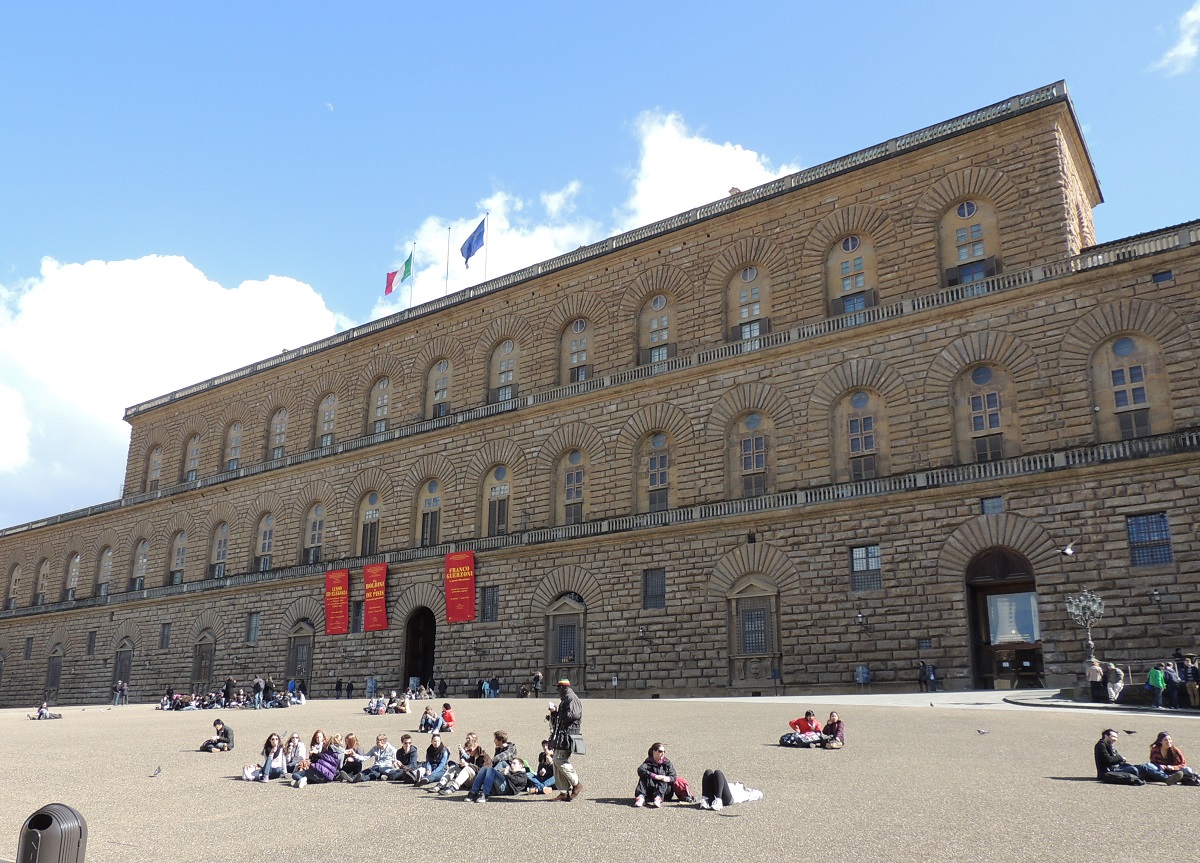 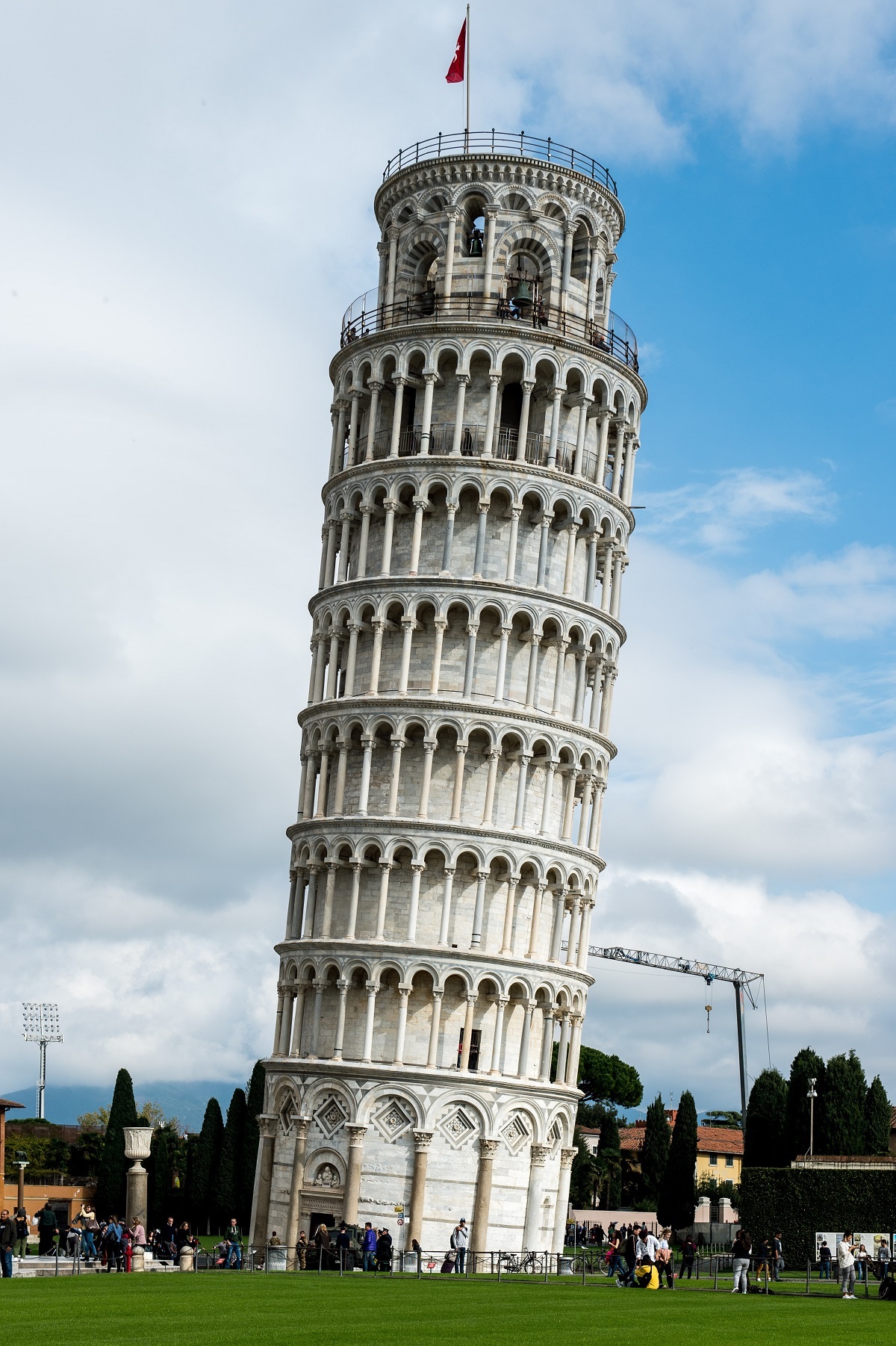 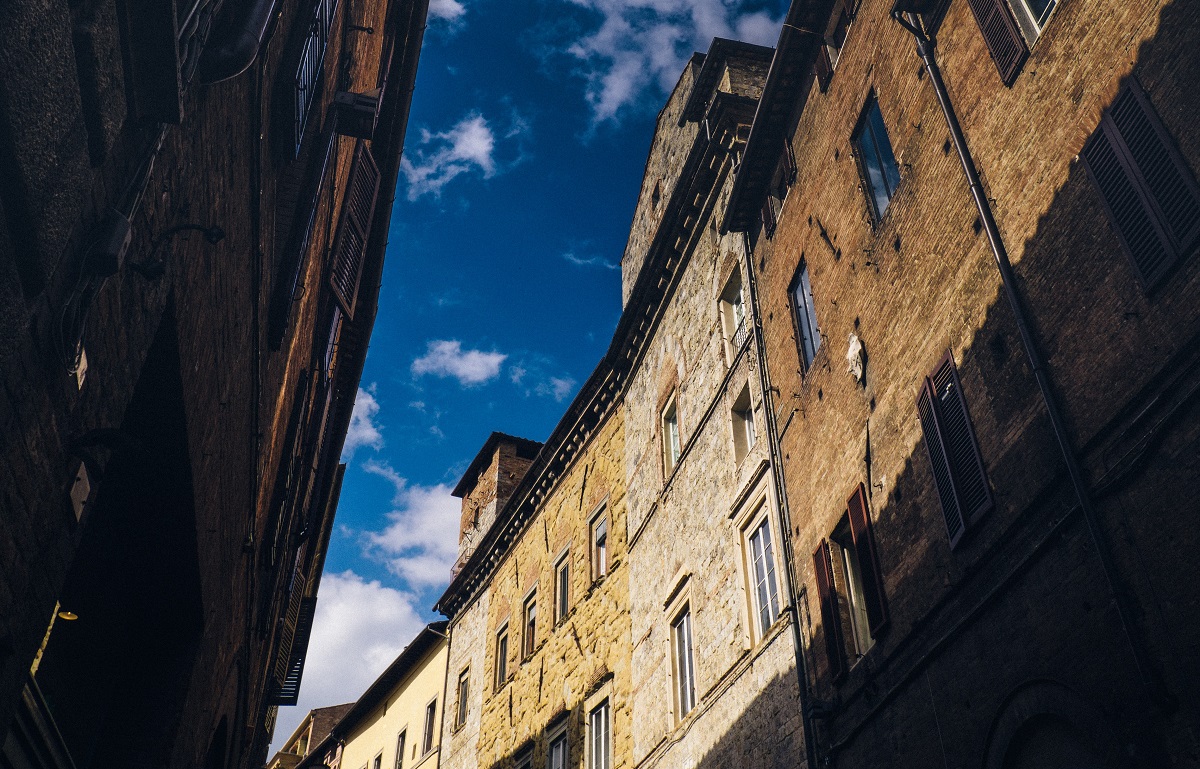