Belgian Ghent has a past as one of Europe's largest cities. It was once the center of Europe's wool and textile trade, and there was a strong urbanization and industrialization early on. Together with the success of the merchants, it created tremendous wealth, which resulted in, for example, many of the beautiful buildings visitors can see in the city center today.

Cathedrals, churches, monasteries, squares, merchant residences and museums are located in large numbers between the canals in the old town which have retained its medieval character. The large buildings stands next to each other, and the city center is laid out nicely as a continuous open urban space.

One of the finest atmospheres in the city, you will find in the streets of Graslei and Korenlei, which are located along Ghent's canals. They are the epitome of Flemish canal atmosphere with gabled houses, towers and of course the water. In the two streets there is always a vibrant street life.

The water also makes Ghent an obvious destination for a canal tour, where you see the beautiful city from new perspectives. Graslei and Korenlei are among the places to start sailing, and one of the highlights of the trip is the beautifully preserved castle; Het Gravensteen.

Ghent is also located in the heart of Belgium, and it is a good starting point for visiting other Flemish cultural and merchant cities such as Antwerp, Bruges and Brussels. They are all located a short distance from Ghent and are all full of sights to enjoy. 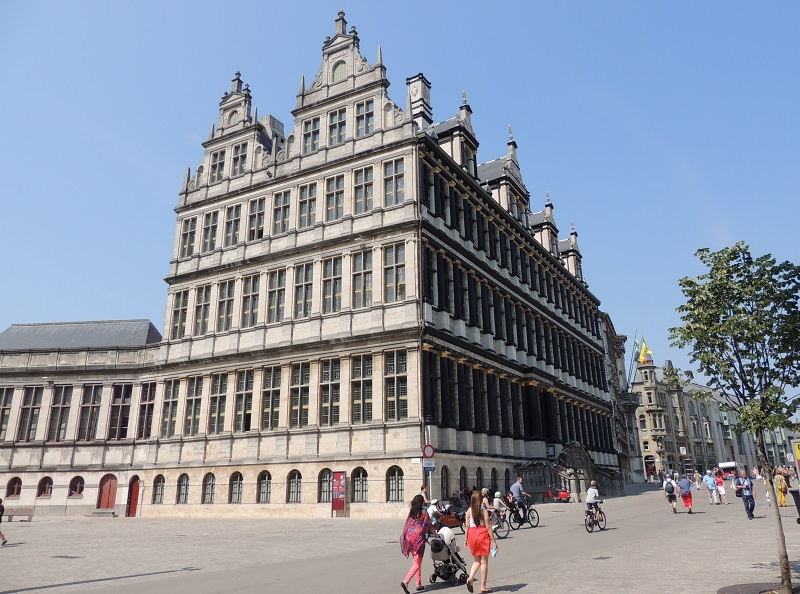 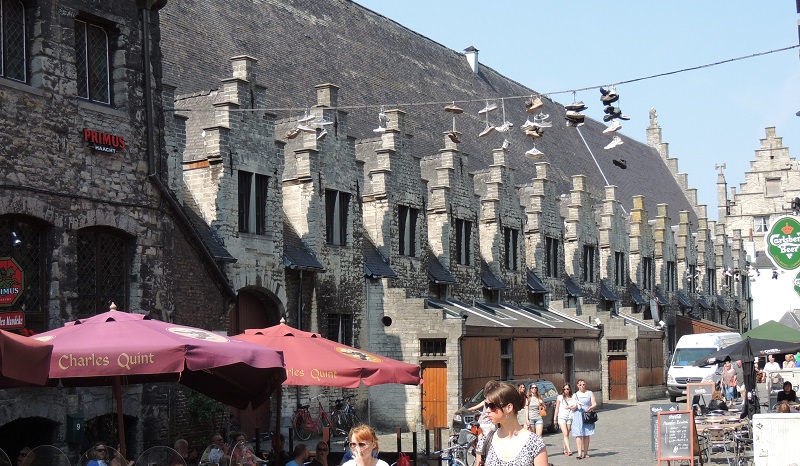 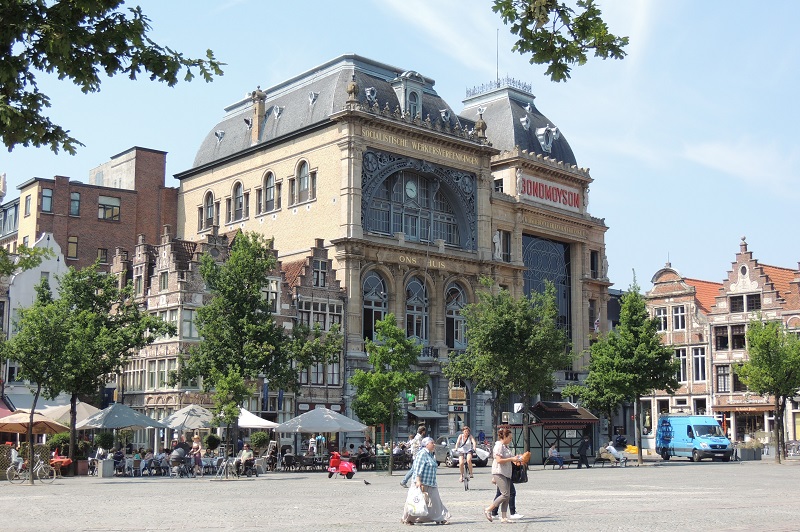 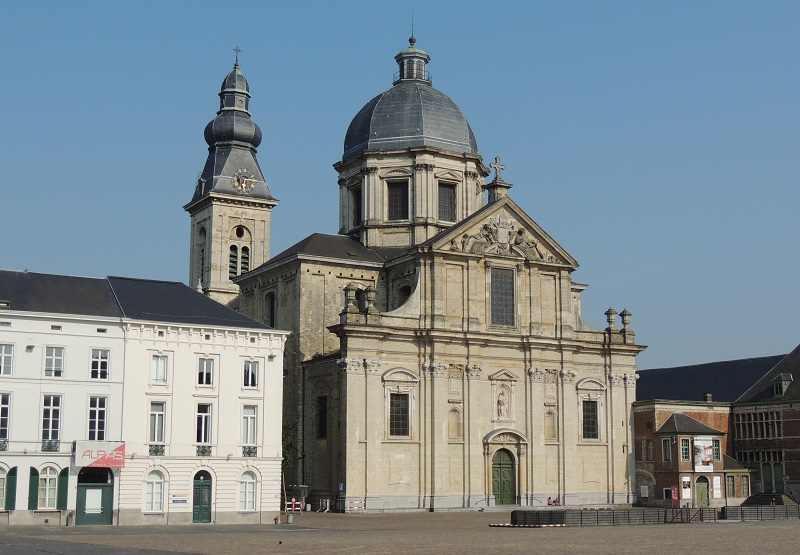 The earliest settlements
Settlements in the area where the Leie and Schelde rivers flow together have been inhabited both in the Stone Age and the Iron Age. Some historians also believe that later Ghent got its name from the Celtic word Ganda, which just means confluence.

Archaeological finds have shown that there has also been activity here throughout Roman times, and it was reinforced when the Franks invaded Roman land from the late 300s. With that, old Dutch language and culture were introduced instead of Latin and Celtic.

Ghent is founded
The history of the city of Ghent dates back to the mid-600s, when St. Amand founded two monasteries on the site; dedicated to St. Peter and St. Bavo respectively. It started the early development of the city, which took place both around the monasteries and in a place where the city's trade was concentrated.

The city expanded relatively quickly and became a target for the Vikings looting in the 800s. Thus, in 851 and again in 879, the city was attacked by the Scandinavian Vikings, which naturally put a damper on the city's growth.

New flourishing
In the 1000s Ghent flourished again, and by that time the city grew enormously in the following hundred years, with Flanders being one of Europe's most urbanized areas.

More than 60,000 people lived within the city walls, and in Europe only Paris was larger. In Ghent, several mighty buildings were erected such as St. Bavo's Cathedral, St. Nicholas Church and the city's bell tower.

A significant part of the good economy through the Middle Ages was due to the city's status as a center for textiles, which for centuries approached several cities in the region. The area around Ghent was particularly good for sheep farming and it provided both production and trade in woolen goods. At one point, the industry was even so developed that wool had to be imported from England to utilize the capacity of the factories.

Power Shifts
By the end of the 1300s, Ghent became part of the united Burgundy and Flanders, and slowly but surely the economic dominance of Ghent and Bruges shifted to the cities of Antwerp and Brussels. Ghent maintained some economic strength, but through the 1400s the city's former strength was also socially and culturally reduced significantly compared to the new centers.

Ghent came under the Spanish rule of the area, and dissatisfaction with that resulted in the Revolt in Ghent in 1539. The revolt was due not least to high taxes going to the Spanish central power. Ghent was conquered, and Spanish king Karl V, born in Ghent, came to the city personally to celebrate the victory by, among other things, letting Ghent's aristocracy go before him with bare feet and a loop around his neck.

The four-year war broke out in 1568 as the Dutch rebellion against Spanish rule. A transition from 1577 to 1584, Ghent served as a city-state where peace was made between Protestants and Catholics.

The war continued and lasted until 1648, and the end became a division of the Netherlands into a northern Dutch republic and the Spanish Netherlands, under which Ghent belonged. With the split, Ghent's role in international trade was largely played out, with the city losing its vital access to the sea. A canal to Bruges from 1623 did not compensate for the former primary sea route.

New growth
In 1714 Ghent and the Spanish Netherlands had migrated to Austria as a result of the Spanish War of Succession. That status lasted until the peace in Campo Formio, signed October 18, 1797. With the peace agreement, the present Belgium became French.

Political shifts, however, did not affect Ghent's economic development, which after a few centuries of scattered religious conflicts and some growth really started the textile industry again in the 18th and 19th centuries.

By the end of the 18th century, economic growth was so great that the city attracted many new citizens and industries. Thus, a transition was Ghent the largest city in present-day Belgium.

Napoleonic era and the Netherlands
In 1794, French troops under Napoleon conquered Flanders and thus also Ghent, which during the Napoleonic period attracted more citizens and grew both economically and in population.

On December 28, 1814, the Ghent Treaty was signed in the city. The treaty entered into world history as the agreement that formally ended the war between Britain and the United States.

The following year, the Napoleonic Wars ended and for Ghent it meant that the city became part of the United Netherlands, which was a state formation until the establishment of Belgium in 1830.

The first half of the 19th century was a time of great development in Ghent. The city's university was founded in 1814, and in the years 1825-1827 new canals were dug between Ghent and Terneuzen by the river Schelde; thereby giving Gent's textile industry easier access to new markets. 1827 was also the year in which the city erected a gas plant that provided energy for about 700 modern gas lamps in the streets.

Belgium
The so-called Belgian Revolution in 1830 led to the country of Belgium, which, unlike the Dutch Netherlands, was characterized by a high degree of industrialization, and Ghent was one of the absolute leading cities. At that time the population was around 83,000.

Around 1860, Ghent's city walls and ramparts were demolished, giving new development as the industry expanded. It created increasing population with many new residential neighborhoods outside the former city center. Thus, the number of urban children reached over 160,000 by the end of the 19th century.

20th Century to Today
In 1913, a world exhibition was held in Ghent, which for a time became one of the world's centers. 130 hectares of land gave way to a number of new buildings in the exhibition area and in Ghent itself. Here, the main railway station Gent-Sint-Peters was completed in 1912 as the city's new gateway for the many travelers.

During both world wars, Ghent was occupied by German troops. Both times, the city escaped through the actions without colossal destruction; During the Second World War, the occupation lasted until September 6, 1944. The Ghent Middle Ages and the many later centuries' distinguished buildings remained, and they were later continually renovated in favor of tourism.

Today Ghent is a city that welcomes many tourists to its typical Flemish city center with a wonderful atmosphere, where a large part is car-free and therefore a bit more authentic than the other beautiful and historic Flemish cities.
Skjul indhold her 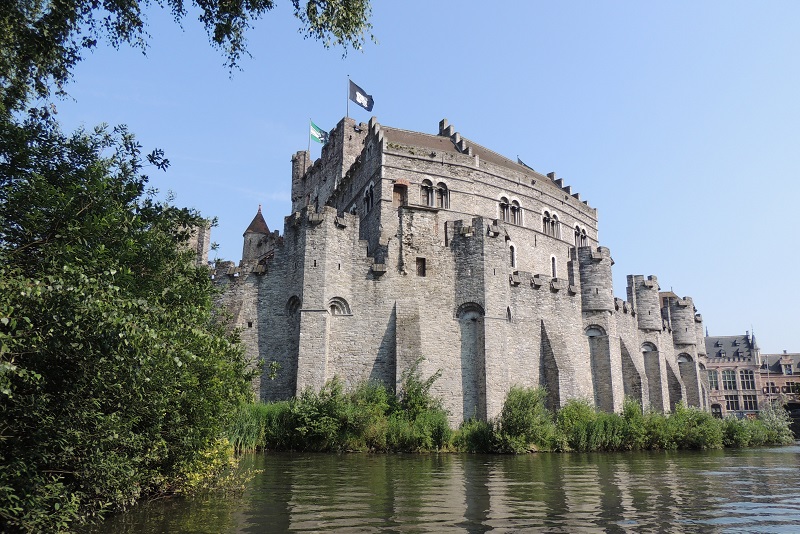 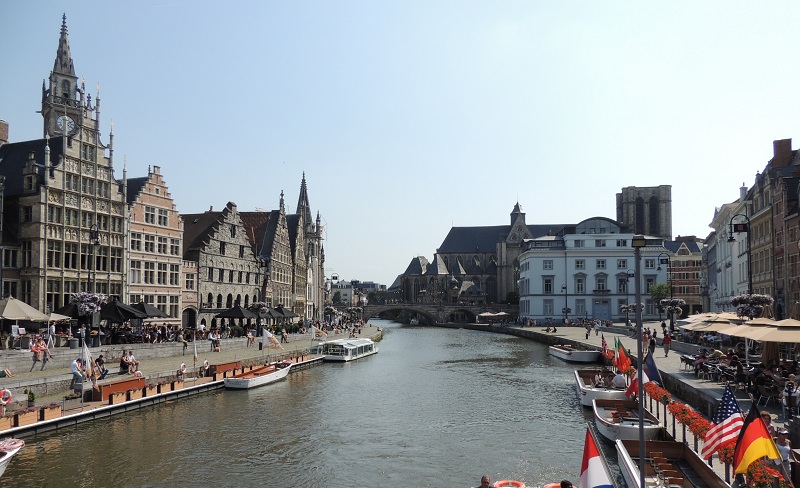 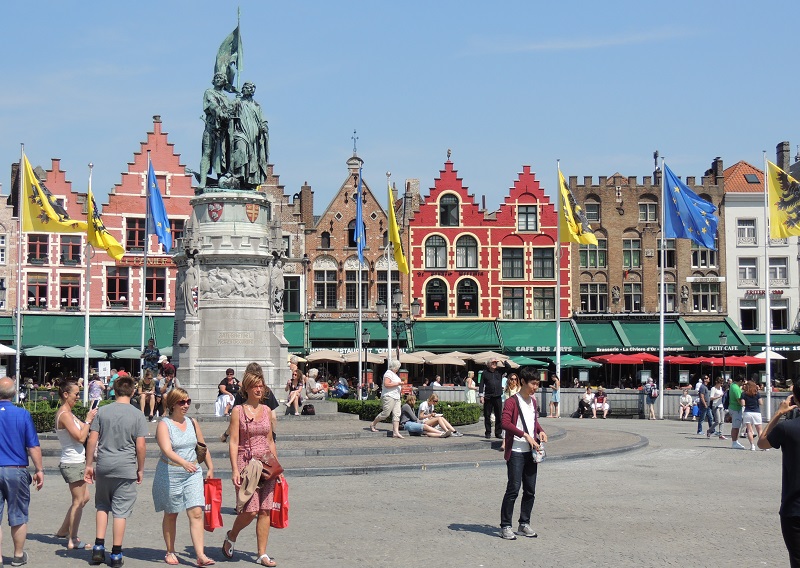 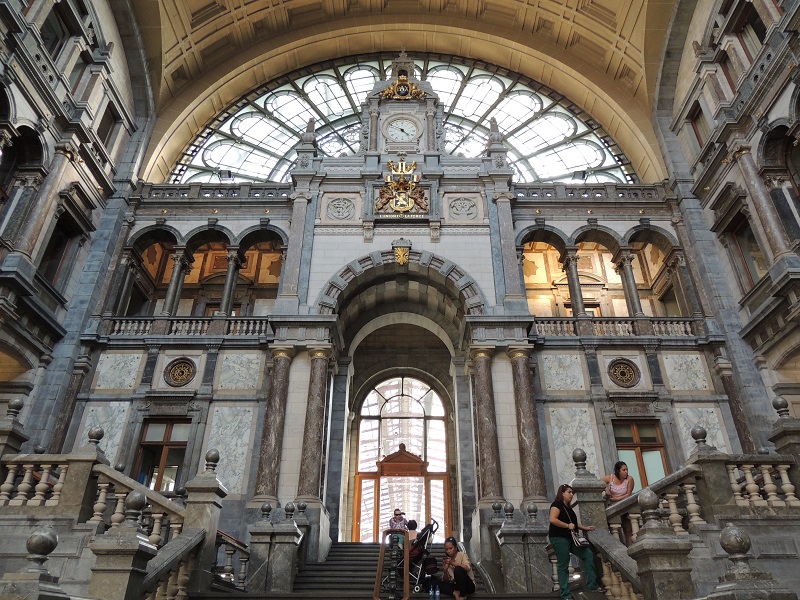