Ljubljana is the capital of Slovenia and it is the economic, political and cultural center of the country. And th city offers many sights and activities to visitors. The center of Ljubljana is cozy and picturesque with narrow streets, elegant churches, beautiful architecture and fine museums.

The city castle is built on the top of Ljubljana, and for centuries it has been an important part of city life and history. The castle was a part of the defense of Ljubljana already from the 1100s, and it has been a residence palace as well. From the castle hill you can see all over the Slovenian capital and thereby get a good overview of the city.

The streets along the river in central Ljubljana are very nice to walk, and there is a ot to see here, not least from the baroque architecture. Fountains, the town hall, the cathedral and many shops are in this neighborhood, which is well located between the river and the castle. In the season, it is possible to enjoy local goods here; for example at the recurring wine festival.

The modern part of Ljubljana is on the opposite side of the river from the old town. The city plan contains large squares and streets in a grid plan. There are many landmark buildings in the modern neighborhoods. They date from both the decades around 1900 and the Yugoslav era. It is also here, you find the elegant Tivoli palace. 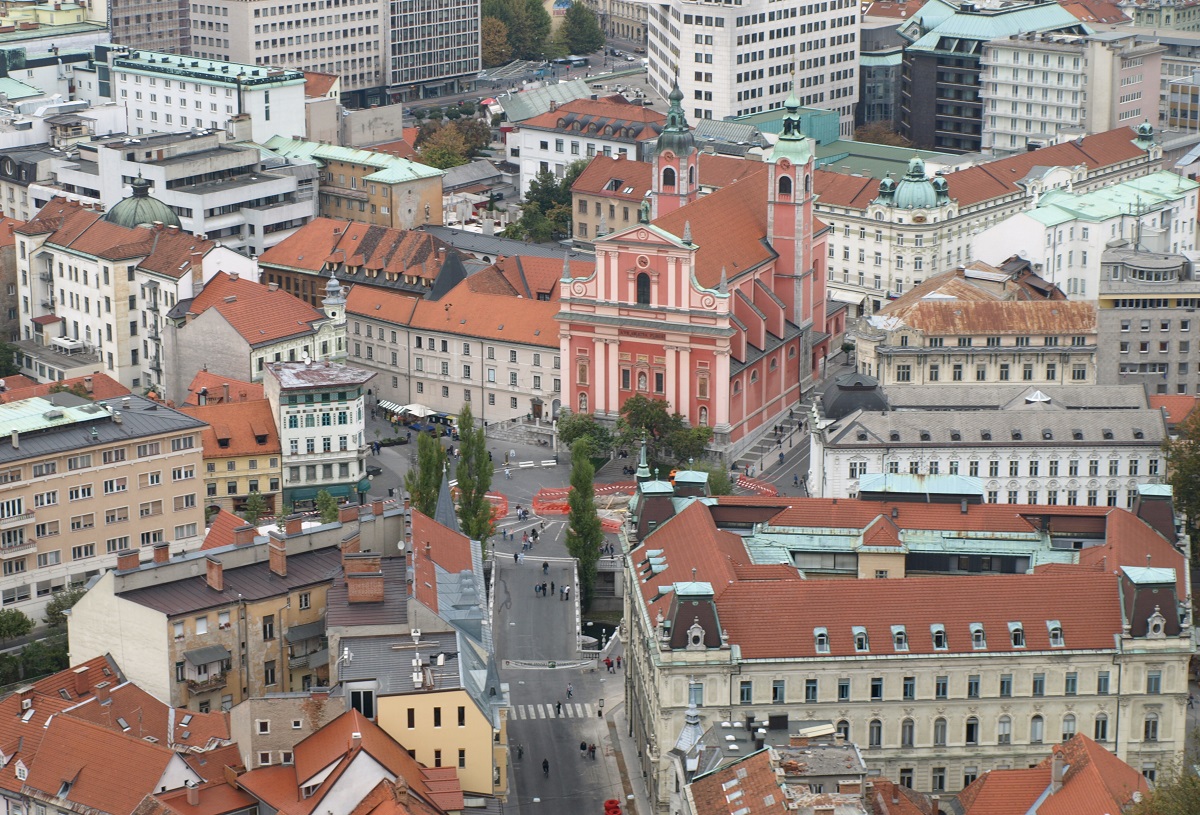 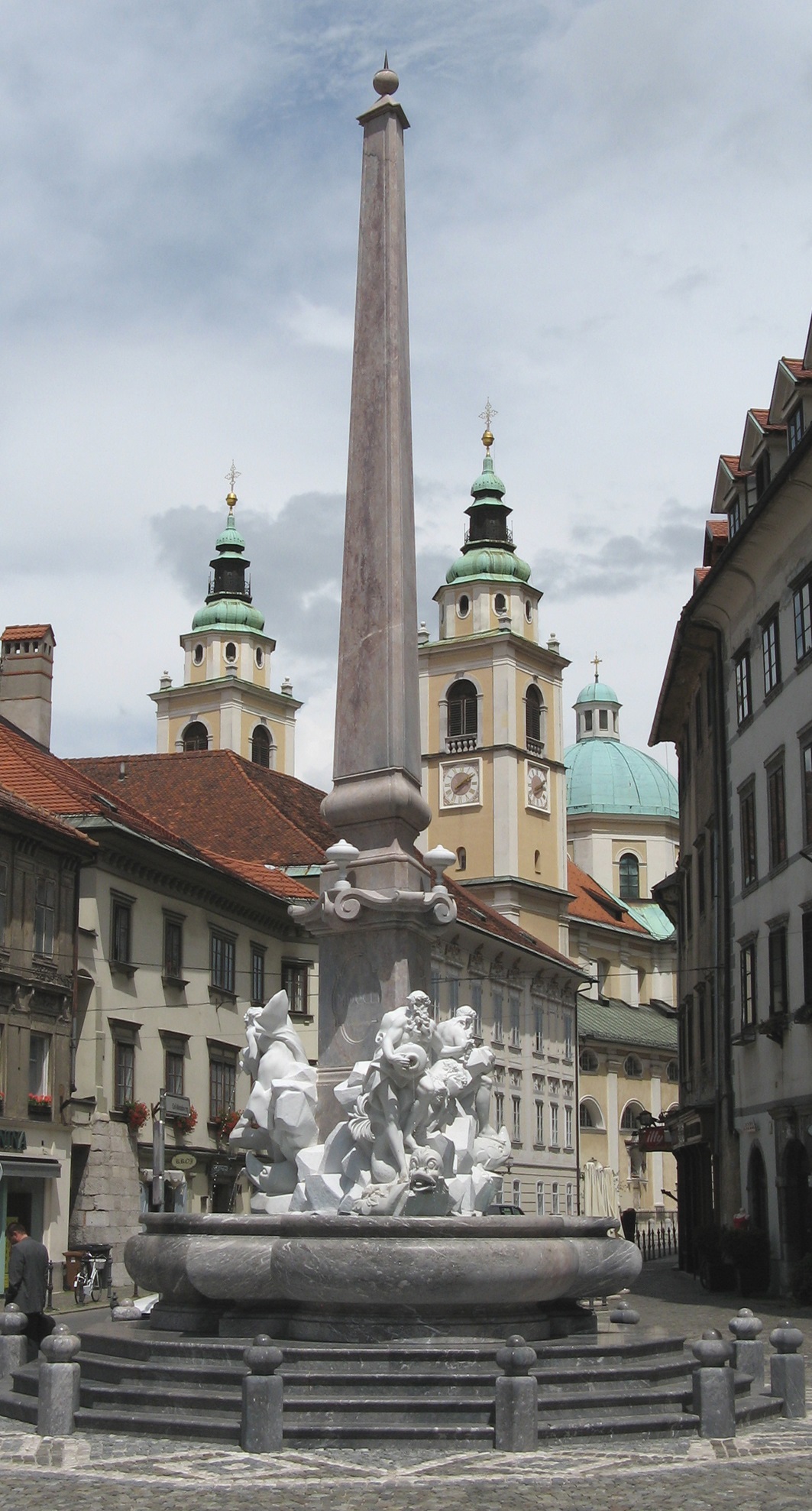 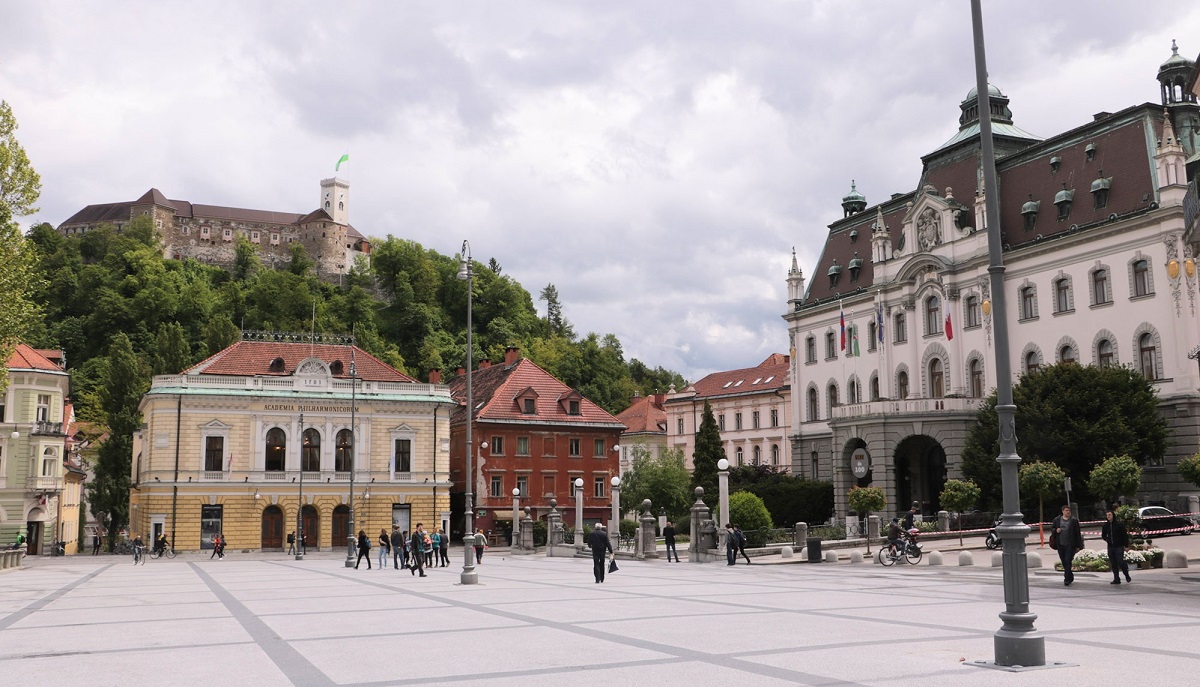 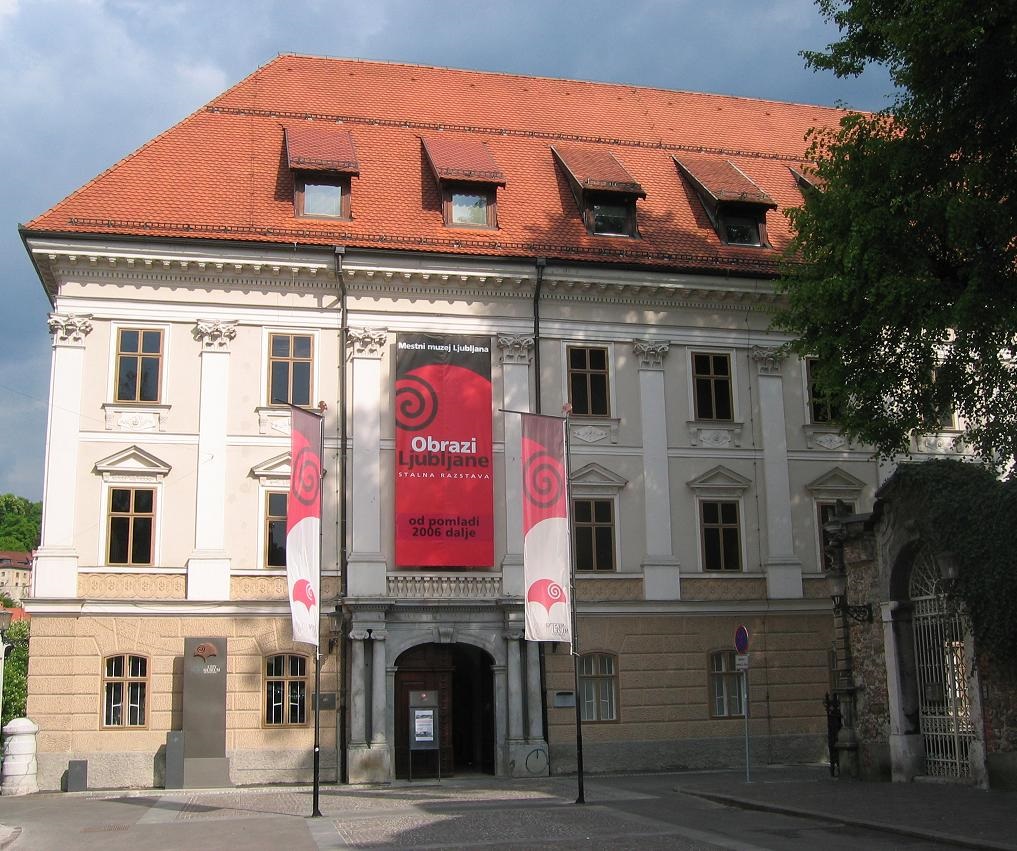 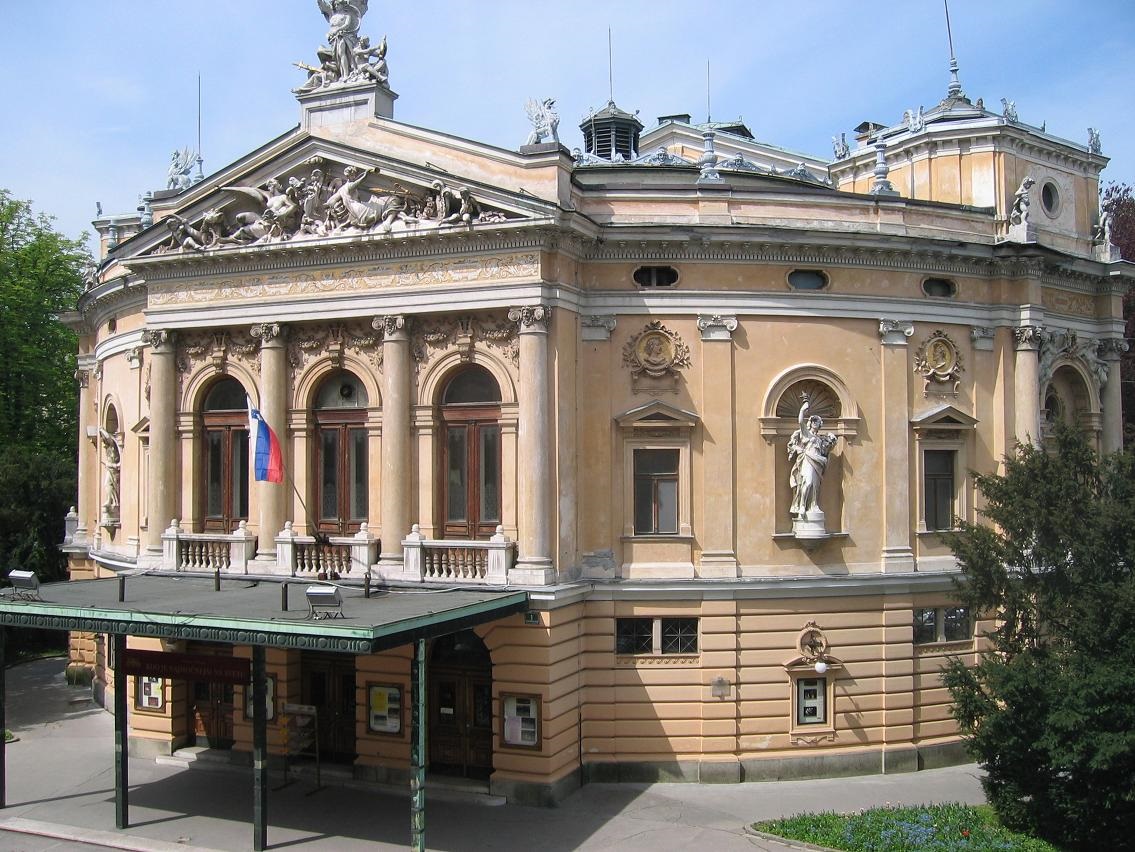 Emona is founded
According to a tradition, Ljubljana was founded by the mythological hero Jason, who had fled with the Argonauts in Greek mythology. Jason accompanied him across the Black Sea and up the Danube and Ljubljanica rivers to escape King Aetes with robbery from him. At Ljubljana, they stopped to disassociate their ship with the intention of migrating to the Adriatic to collect it again and then sail back towards Greece. However, there was a monster that Jason had to overcome, and it is the dragon that is one of Ljubljana's symbols today.

However, in the territory of the Slovenian capital, the Romans were the first to leave traces. About 50 BC they founded Iulia Aemona, or simply Emona, immediately southeast of today's Ljubljana. Emona was a typical Roman city with forums, trade and garrisons. It eventually came to have about 5,000 inhabitants.

Emona flourished, got city walls, aqueducts and other public facilities. However, the city went back together with the demise of the West Roman Empire, and in 452 the female king Attila wiped out all of Emona.

Slavic immigration
At the end of the 500s, and thus some 150 years later, the first slaves came to what later became Ljubljana. They built on the secure bastion, which is naturally shielded from the lower land along the Ljubljanica River.

Gradually, however, the city grew below the castle on the banks of the river; the part that today is known as the old part of the city. Both the surrounding settlements and the region around the city gradually became subordinate to the rulers of the castle, and Ljubljana eventually became an actual medieval town.

From the 8th century, however, some centuries came with changing rulers. First, Ljubljana was subject to Frankish rule, and in the same centuries came several Hungarian attacks. By about 1000, the Hungarians had been defeated, and the Ljubljana region came into the hands of various German noble families.

Growth in Laibach
In 1144, the city of Laibach is first mentioned, and two years later Luwigana, the first Slovenian name that eventually became Ljubljana. In the 13th century, the city grew further from the castle mound and the houses on the river. New neighborhoods emerged, and the city extended along both banks of the Ljubanica River with bridges as a connection and city gates as entrances. In 1220, Laibach obtained marketplace rights and privileges, which meant, among other things, that the city minted coins and that the many craftsmen organized themselves in low.

The city also became the capital of the Carniola region. In 1335, Carniola and thereby Ljubljana entered the Habsburgs, which became the land of the country virtually uninterrupted until World War I.

The Habsburgs immediately gave Ljubljana many privileges and rights, which created great progress for the city. Trade flourished and cultural life was rapidly evolving. People from all over Europe moved to. Among other things, the Jewish Quarter was formed at this time. Many artists in painting and sculpture formed schools here.

Also in ecclesiastical terms our city's importance. Against the background of population growth and increasing religious influence, St. Nicholas Church was elevated to a cathedral in 1461.

The 1500-1600s
Ljubljana was hit by an earthquake in 1511 and it destroyed large parts of the city. The town's wooden houses were subsequently replaced by brick houses, and the style was typically Renaissance. New fortress walls were also built to protect themselves from a Turkish siege.

In the 16th century, the Reformation came to Slovenia and Ljubljana, which, as in Roman times, numbered more than 5,000 inhabitants. Ljubljana had become Protestant, and here the first library was opened and the first book in Slovenian printed. The city became Catholic again when the ruling Habsburgs deployed Jesuit monks in 1597.

Ljubljana's strong cultural tradition continued into the 17th century, where artists were invited from all over Europe. Over the years, the city was almost recreated from the Renaissance to the Baroque era. This work can be seen in many places today; eg with the works of the Italian Francesco Robba.

Napoleonic Age and Industrialization
In 1809, French troops occupied Ljubljana, and the city became the new capital of a new Illyrian province. France actively supported a major development of the city. The first college was established and it later developed into the University of Slovenia. France also made Slovenian one of the main languages ​​of the Illyrian province, and thus Slovenian entered the schools' teaching. The French rule lasted until 1813, after which Ljubljana again belonged to the Habsburgs from Austria.

Throughout the 19th century Ljubljana developed tremendously in line with Europe's industrialization. New hospitals, railways and educational institutions were established and the city grew sharply in acreage. Ljubljana was further strengthened as the national center of the Slovenes when in 1882 the city became its first Slovenian mayor.

In 1895, an earthquake struck again the city, where most of the buildings were destroyed or damaged. Austrian and Czech architects rebuilt Ljubljana, and they linked the existing Baroque with the Art Nouveau style of the time.

The 1900s to the present day
The Habsburg Empire fell in 1918 with World War I, and Ljubljana now became the Slovenian capital and part of the Kingdom of Yugoslavia. The city at that time had 80,000 inhabitants.

After World War II, when the city was occupied by Italians first, then by Germans, Ljubljana became part of the Socialist Republic of Yugoslavia, with Slovenia and not least Ljubljana being the most prosperous in the entire republic.

In 1990, the country's people voted independently, and in 2004 Slovenia became a member of the European Union. After independence, Ljubljana has flourished as a Slovenian capital, and today the city is beautifully renovated to the delight of visitors and locals.
Skjul indhold her 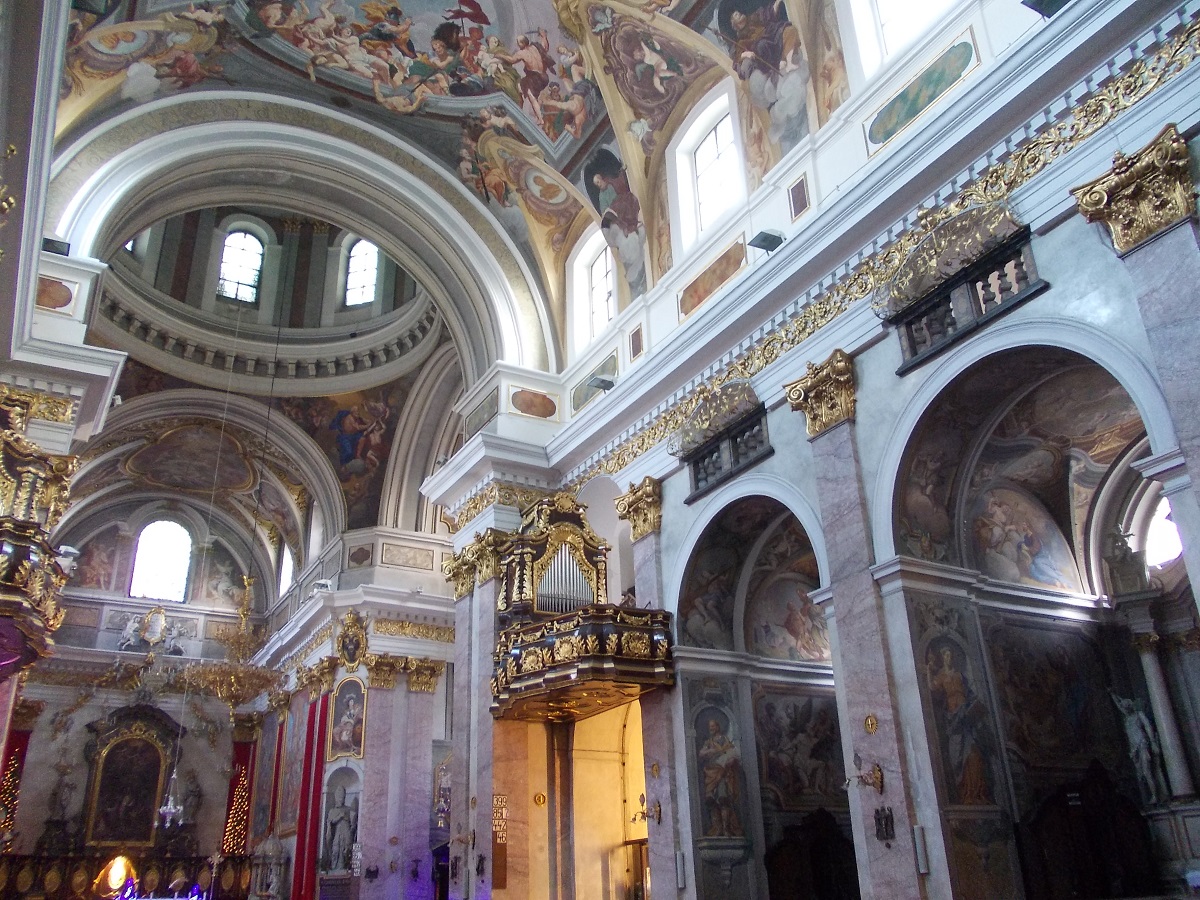 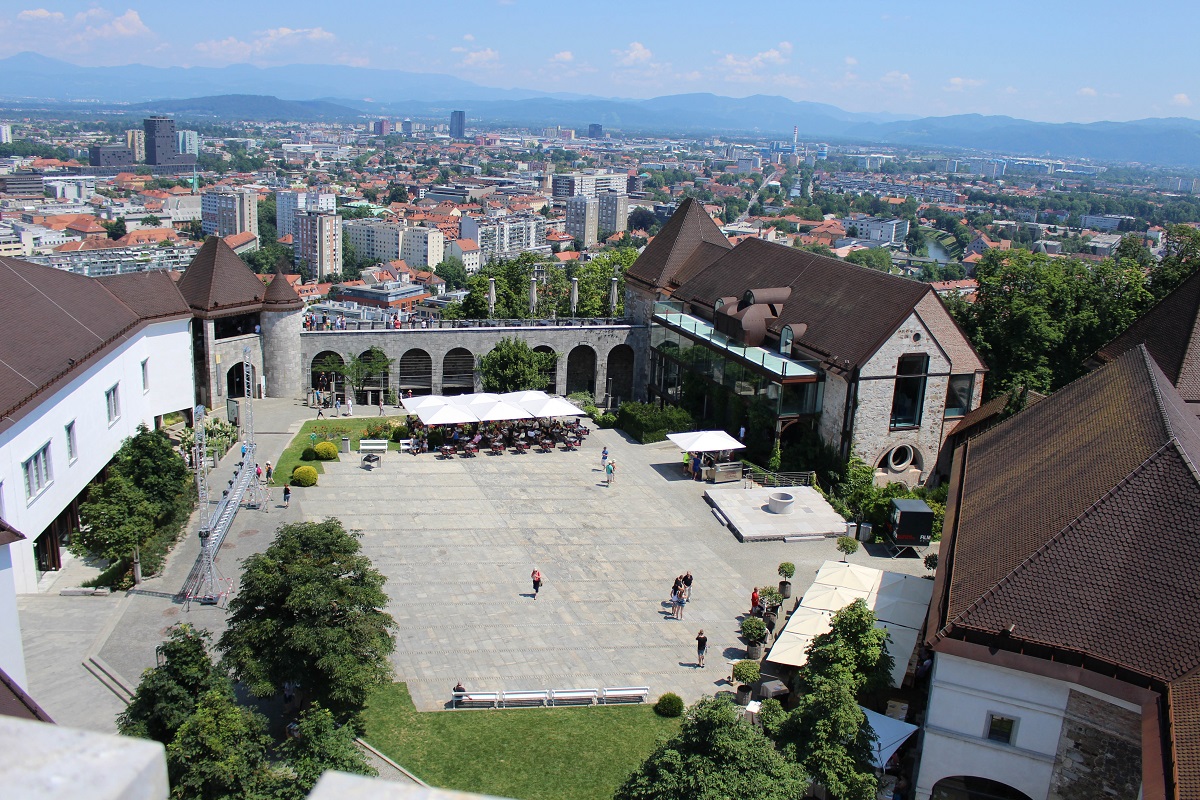 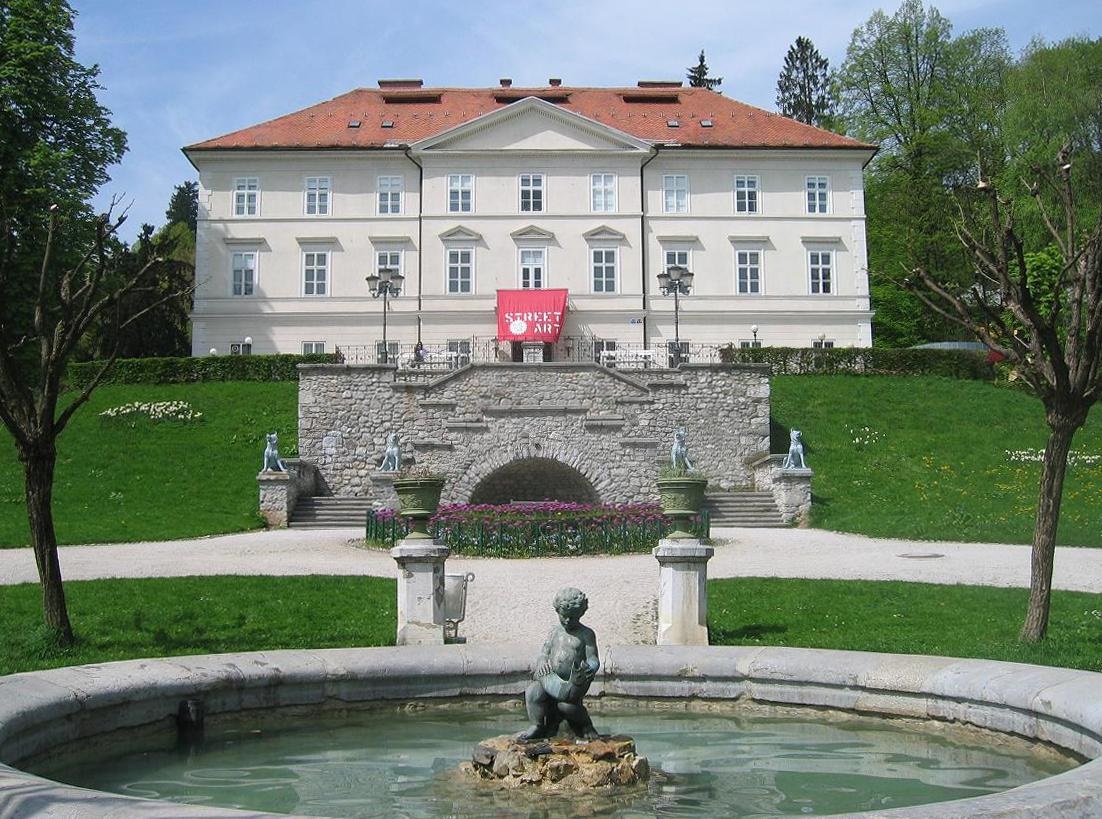 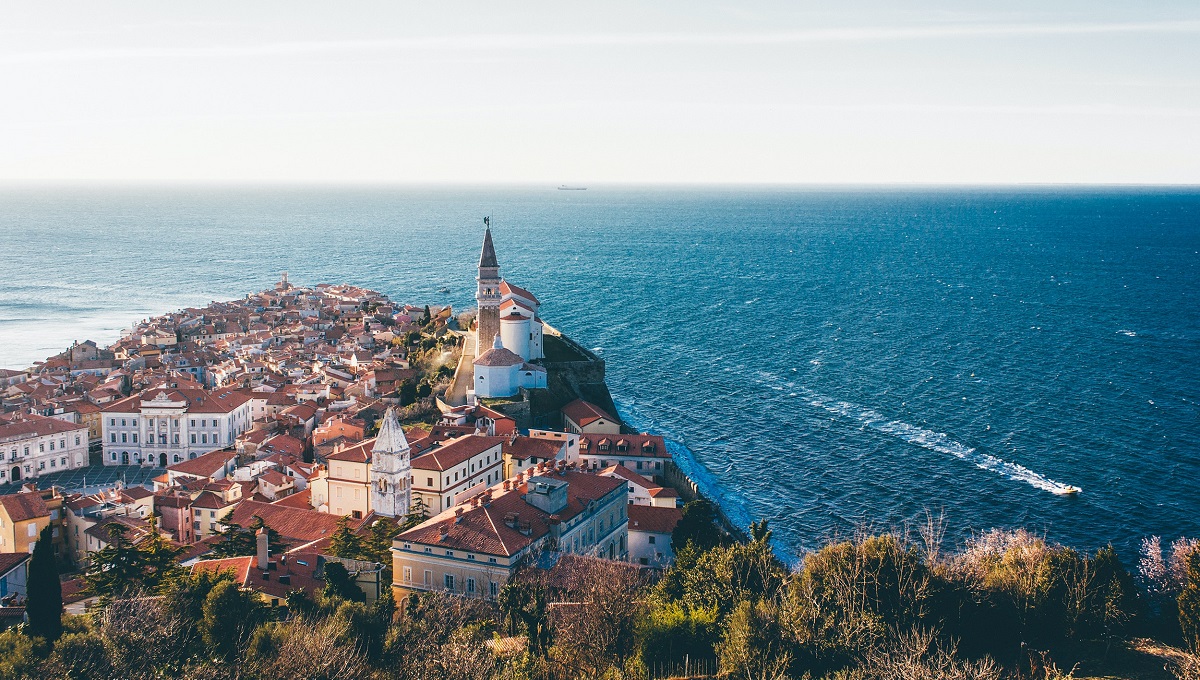 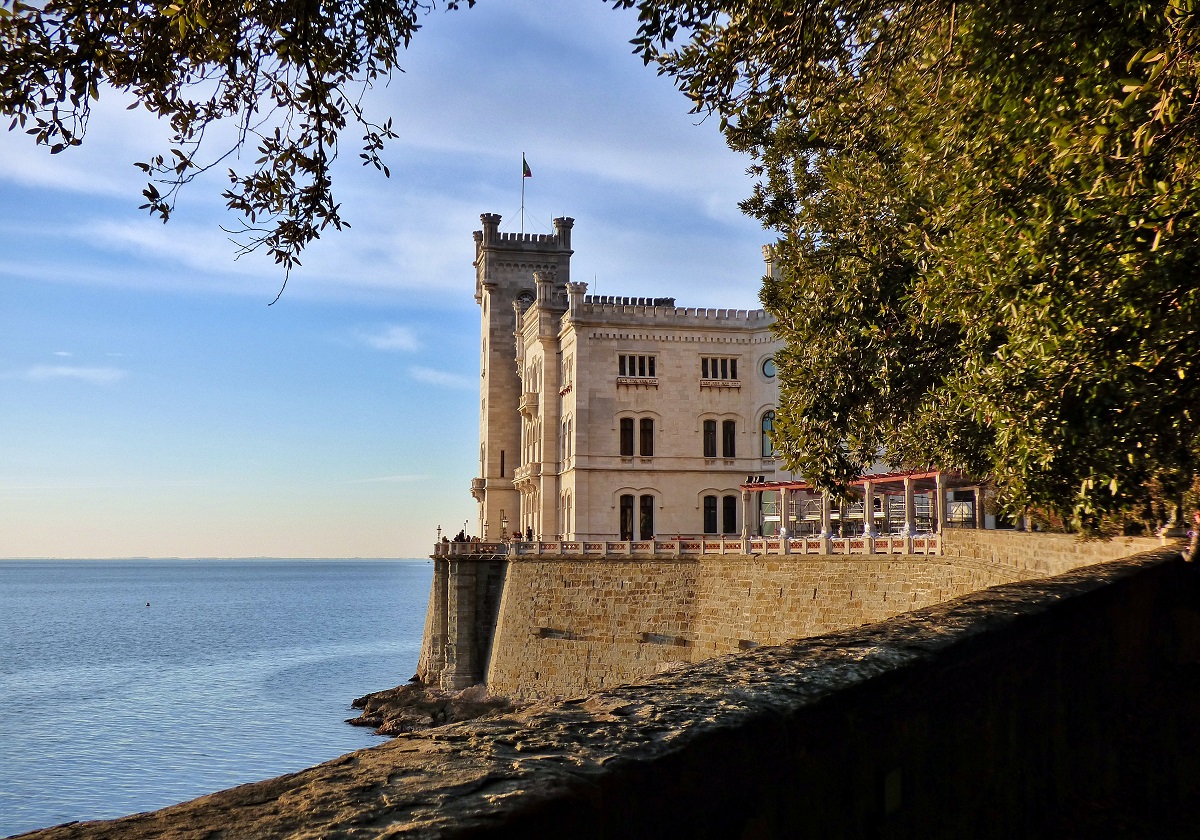 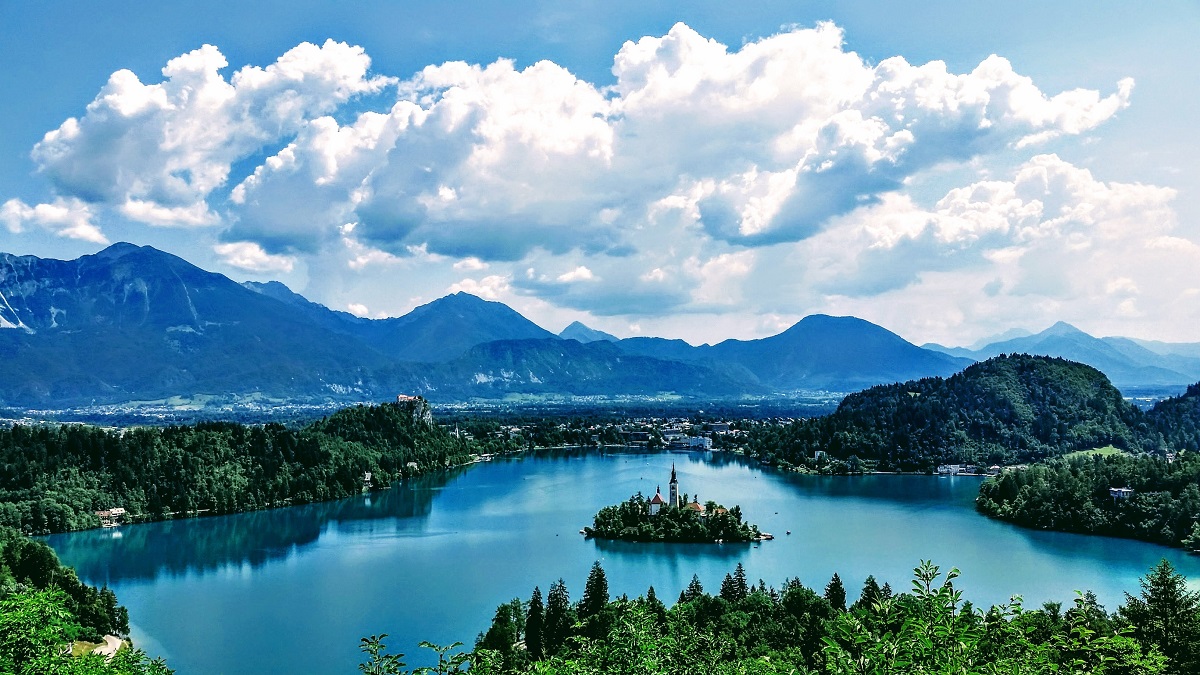 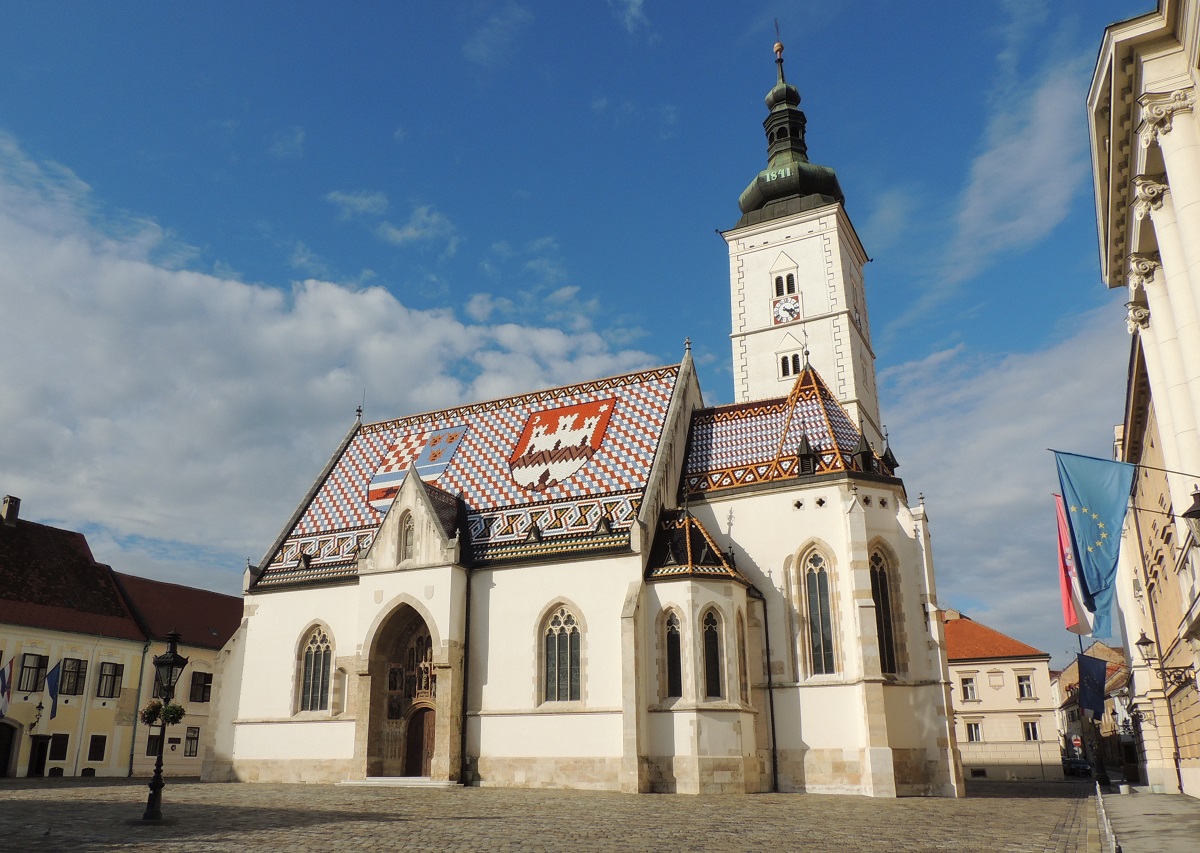