Madrid is an impressive city and the political center of Spain. The city in the middle of the Iberian Peninsula has been Spain's unifying political entity for centuries, and the status as an imperial capital for centuries has put its distinct mark on the city with numerous grand buildings, sqaures, monuments and more, with the Royal Palace as one of the absolute highlights.

Tourists can enjoy the blend of magnificent historical greatness and the typical Spanish-Mediterranean atmospheric that is prevailing here. You should not miss out the narrow streets and fine squares of old Madrid near the famous Puerto del Sol and Plaza Mayor. And just next to the old neighborhood, you can stroll Gran Via with all it shopping and distinguished architecture.

Madrid is both a city of great buildings and monuments and a city where visitors come to enjoy the unforgettable art museums including the Prado Museum. The great European masters are innumerable in several museums, and close by there are beautiful parks to walk while digesting the impressions from the museums, or to meet the locals who spend a lot of time in the city's green oases.

Madrid is also home to several major football teams including history's most successful club, Real Madrid, and you can always check out if there are upscoming matches when visiting the city. You can also choose to make a day trip from the Spanish capital. The city of Toledo, El Escorial and Valle de los Caidos are great choices. 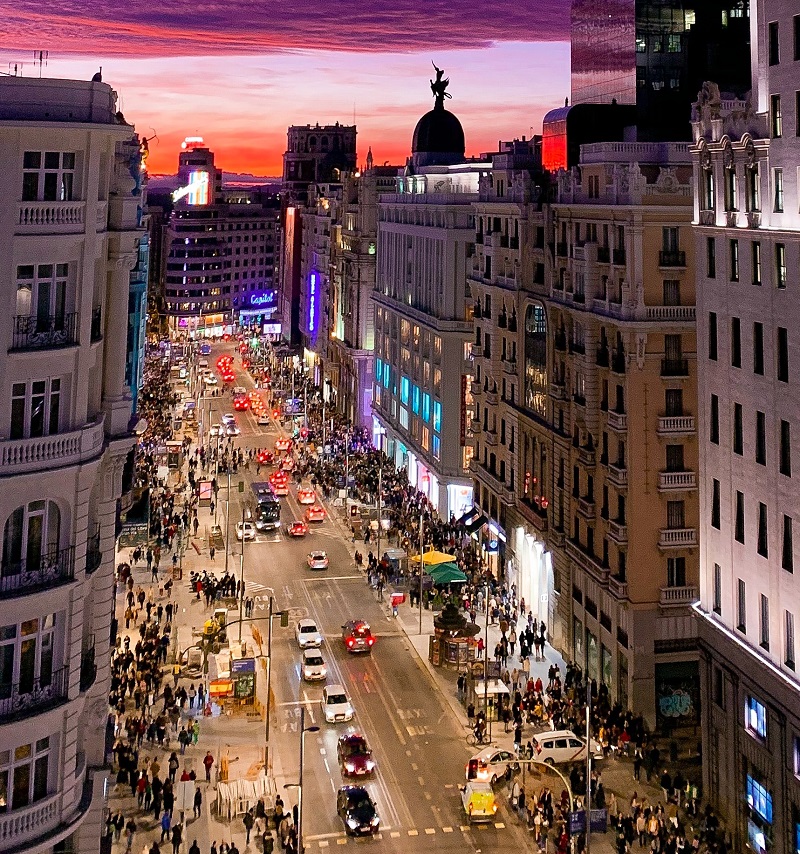 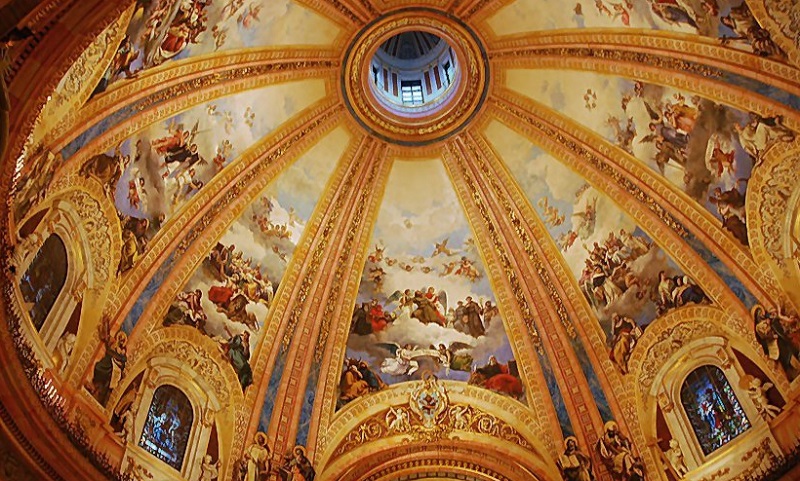 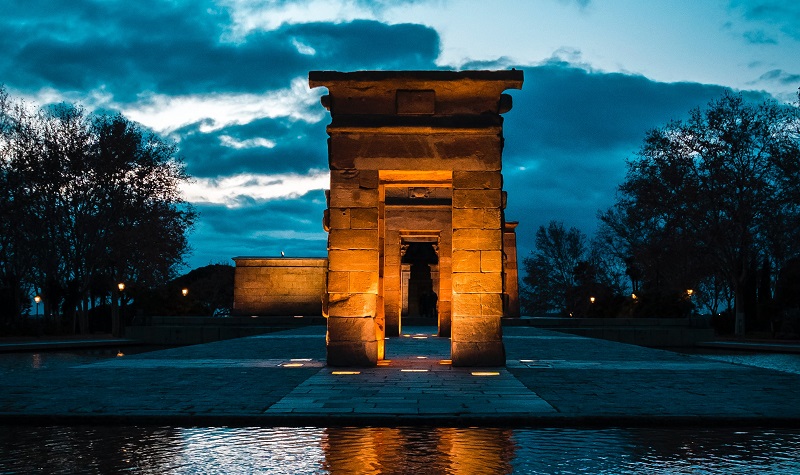 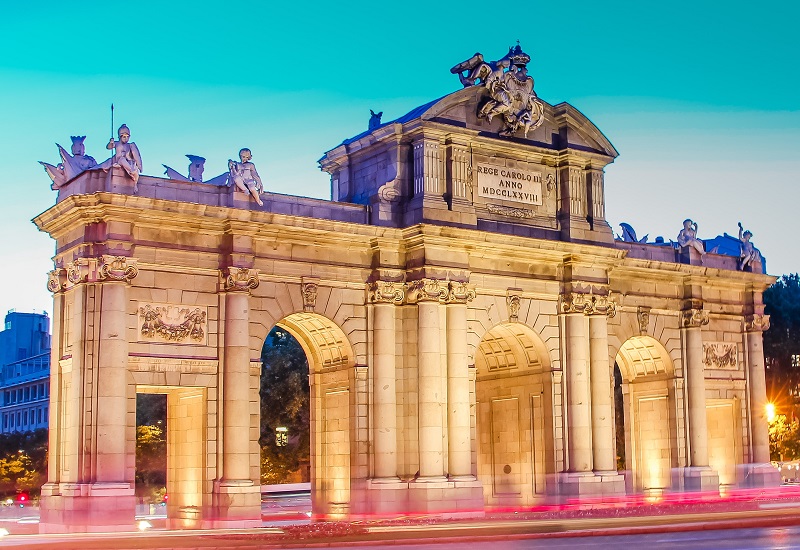 Early history
The foundation of what was to become Madrid is not known for certain, but it is believed that the Romans established a settlement here in the 100th century BC. The settlement is believed to be called Magerit, which formed the starting point for today's name Madrid.

After the fall of the Roman Empire, more people came to the area in the middle of the Iberian Peninsula. This applied to both vandals and Visigoths who ruled before the Islamic conquest of the region. It took place in the middle of the 8th century, when the Moors came to rule from Cordoba. They brought fortifications in what they called Mayrit; including a smaller castle in the place where the Spanish royal palace stands today.

The emirate's emirate remained in the area until the 9th century, when the Castile from the north conquered more and more areas in the Christian re-occupation of the Iberian Peninsula. During Alfonso VI, the Arab Moors were forced to the south, and in 1085 the Castile conquered Madrid. However, the town remained a less significant village at this time, and it remained such a time.

The country's new capital,
Madrid, grew steadily after the reconquest of the 11th century, and it was provided with funds through the Armenian King Levon V, who was granted a Madrid nobility title by Castile's King Juan I in 1383.

Levon had come to court in the Medina del Campo and was granted the city of Madrid as his life-time property as well as the means to invest. Levon only ruled for a short time, but got construction started that increased Madrid's importance. Among other things, he expanded the city's castle.

After a few years, Madrid was hit by a major fire and King Henry III initiated a reconstruction. Madrid thereby maintained its new position as one of Castile's important cities.

At that time there were two great kingdoms in the Iberian Peninsula; Castile and Aragon. In 1469, they were merged into a kingdom through the marriage of Isabella I of Castile and Ferdinand II of Aragon. Of the pope, they even obtained the title The Catholic Monarchs.

For a time, the following monarchs preferred different cities, but Madrid's status as a defacto capital was introduced in 1561 by King Felipe II, when he moved to court. That position was the start of the city's population and general activity increasing dramatically.

The art of the Habsburgs
With Filipe II's establishment in Madrid in 1561, the development of the city really took off. Large monuments were erected and the town plan was developed with, for example, the Plaza Mayor square. Thus, the time of the Habsburg royal house has given the city many of the sights to see in today's Madrid.

With the king and Madrid at the center, Spain was developed, and in the capital, the arts flourished as well. It was a period of economic prosperity that came from, among others, Spain's great colonial empire in America.

The 17th century was the Spanish Golden Age, the so-called golden century / siglo de oro. Here the art unfolded literary and in the visual arts, and great artists moved to Madrid; eg Cervantes and Velázquez.

18th Century Madrid
The last Habsburg king was Carlos II, who died in the year 1700. His death started the Spanish War of Succession, which ended with France deploying the Bourbons as rulers.

The bourbons clearly initiated French-inspired construction projects, and in the first half of the 18th century larger installations such as the palace palace Real were started. The castle construction started in 1739 under Felipe V, and it was completed during Carlos III's reign.

New areas were built in Madrid, and the area around the Prado Museum was largely built by Carlos III in the exact 18th century. One example is Puerto del Alcala, which was part of the new city, and in time French architects and consultants frequently participated in the construction work.

The Napoleonic period
Around 1800, there were great thrills in Europe, which in the following years were characterized by the expansionary politics of French Napoleon. This was also the case for Spain, which was involved in the matches of the period.

Spain entered into an agreement with Napoleon in 1807. With the agreement, French troops gained access through Spain to Portugal, which did not want to participate in an international blockade against England.

France used the agreement to enter Spain, which was occupied along the way as troops arrived. Madrid was conquered in 1808, and Napoleon forced the Spanish kings to abdicate in favor of Josef Bonaparte, Napoleon's brother and Spain's new king.

As a regent, Josef Bonaparte made his mark on Madrid's cityscape in the form of the distinguished and French-inspired installation of Plaza Oriente. The model was the elegance of the French capital Paris.

France was forced to retire after a few years, and in 1813 Spanish Fernando VII could be deployed as a new king. In 1820, the king accepted Spain's first constitution, which made up the monarchy.

The growth of the 19th century
Isabella II became regent after Fernando VII in 1833, and the following decades were characterized by changing political directions and several political coups. The political consciousness of Madrid and the rising economic prosperity increased the distance to the monarchy, and in 1873 it culminated with the proclamation of Spain into republic.

However, the regime lasted briefly, and as early as 1875 the monarchy was reinstated. Madrid underwent significant economic progress for several decades, initially without major discrepancies between the ruler and the politicians.

Politically and economically, it went downhill in the reign of Alfonso XIII. The king chose a political solution with the imposition of a dictatorship under Primo de Rivera in 1923. However, the economy continued to decline strongly for the city and the country, and development culminated in 1931, when Spain was again declared republic.

Francisco Franco to this day
Spain and not least Madrid with its large population was characterized by the same political influences that affected large parts of Europe in the 1930s.

The views of the working class emerged in Madrid in the same year that General Francisco Franco's nationalist troops occupied an ever larger part of Spain and approached the city during the Spanish Civil War, which erupted in 1936. Madrid was fought until the end of the Spanish Civil War in 1939.

Francisco Franco was deployed as dictator in Spain, and he was to rule the country for more than 35 years. The first years after the end of the Spanish Civil War were financially very tough for Madrid and for Spain. There was war in Europe, while Spain had to be rebuilt in many ways.

For Madrid, construction of large residential areas was initiated during Franco's time, and large new production facilities were established south of Madrid, together with housing and general expansion.

After Franco's death in 1975, Juan Carlos was deployed as king, and Madrid again became a royal city. At the same time, democracy was introduced in Spain. The first elections were held in 1977.

Throughout the 1980s, Madrid flourished culturally, and both the city and the country underwent great economic development; through membership of the EC and later the EU. Things were going strong in Madrid, and in 1992 the city was chosen as a European cultural city. This and many other cultural initiatives have been instrumental in forming the charming and beautiful metropolis that visitors experience today.
Skjul indhold her 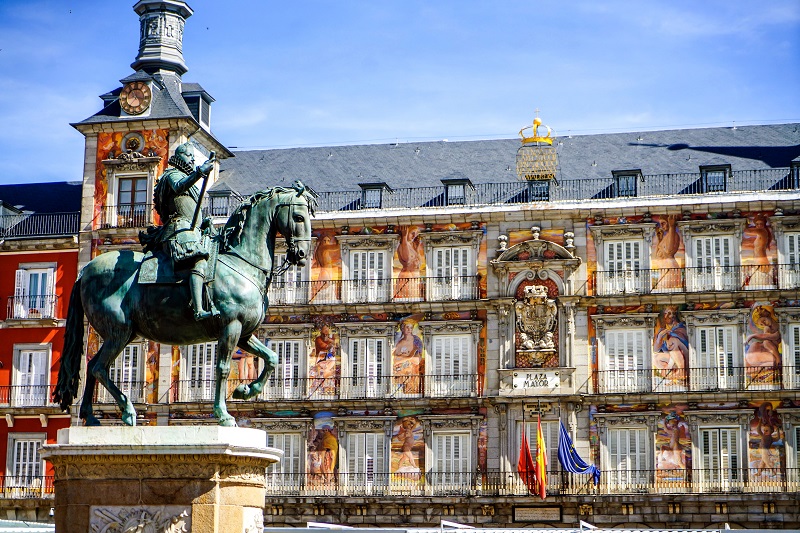 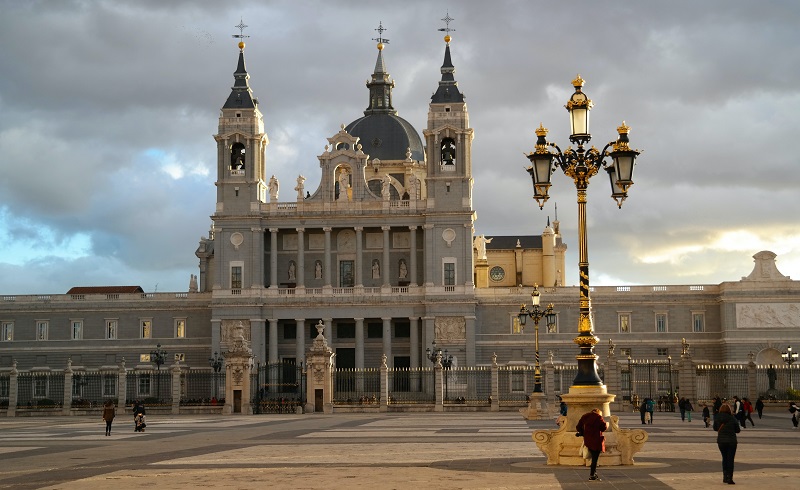 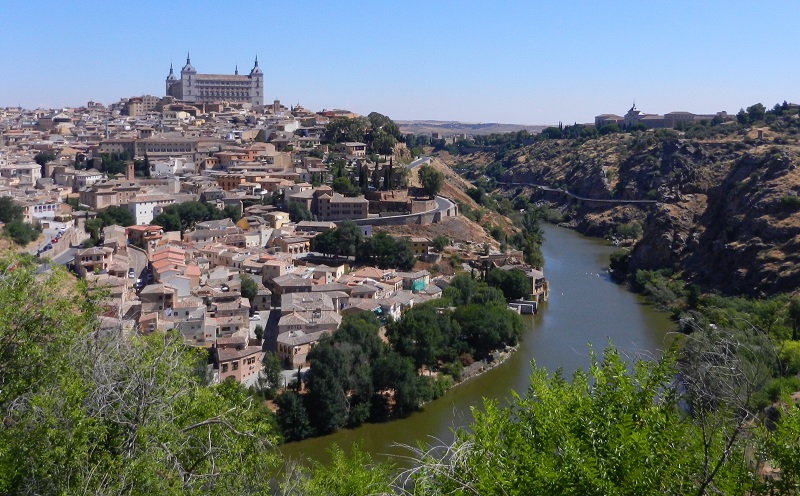 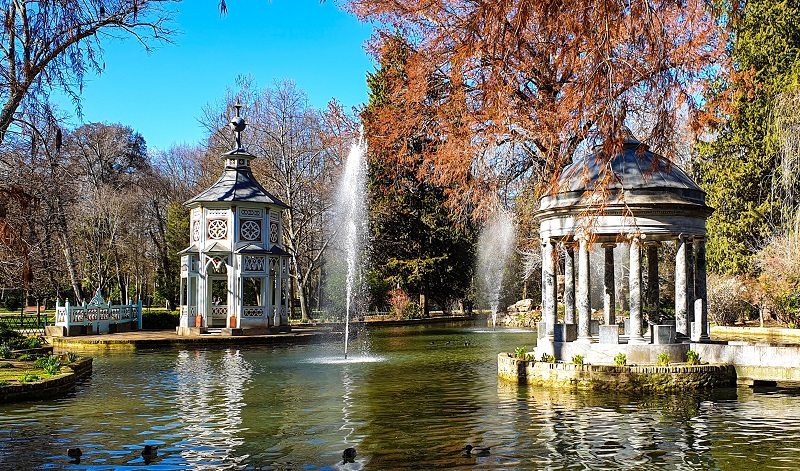