Palermo is Sicily's old royal city and remains the regional capital with the island's parliament. The old neighborhoods with cozy streets and squares are ideal for lovely southern Italian city walks and activities, and you can enjoy an abundance of churches, palaces and of course the old Norman residence castle.

Among the highlights of the castle and the city is Cappella Palatina, with stunning Byzantine 12th century mosaics. They originate from Roger II's Norman buildings, which still are preserved in this neighborhood of Palermo.

As you walk through the streets of Palermo, you can nothing but enjoy the quaint city center with its magnificent buildings, such as impressive churches and palaces. And of course the always present Sicilian atmosphere. If you want to get a bit away from the big city, mountains and beaches are not far away. Many locals choose trendy Mondello to the north with a lovely beach.

Palermo and Sicily have been governed by many different countries and rulers over time, and there are interesting traces from all of them. From indigenous people to Greeks, Romans, Byzantines, Arabs, Normans, Aragonians to Italians and Sicilians.

The many cultures of the island mean that there are many well-preserved Greek temples, Roman theaters, Arabic decoration, Norman constructions and distinguished Baroque churches with Monreale and Segesta as some of the major sights. Much of it is quite close to Palermo. 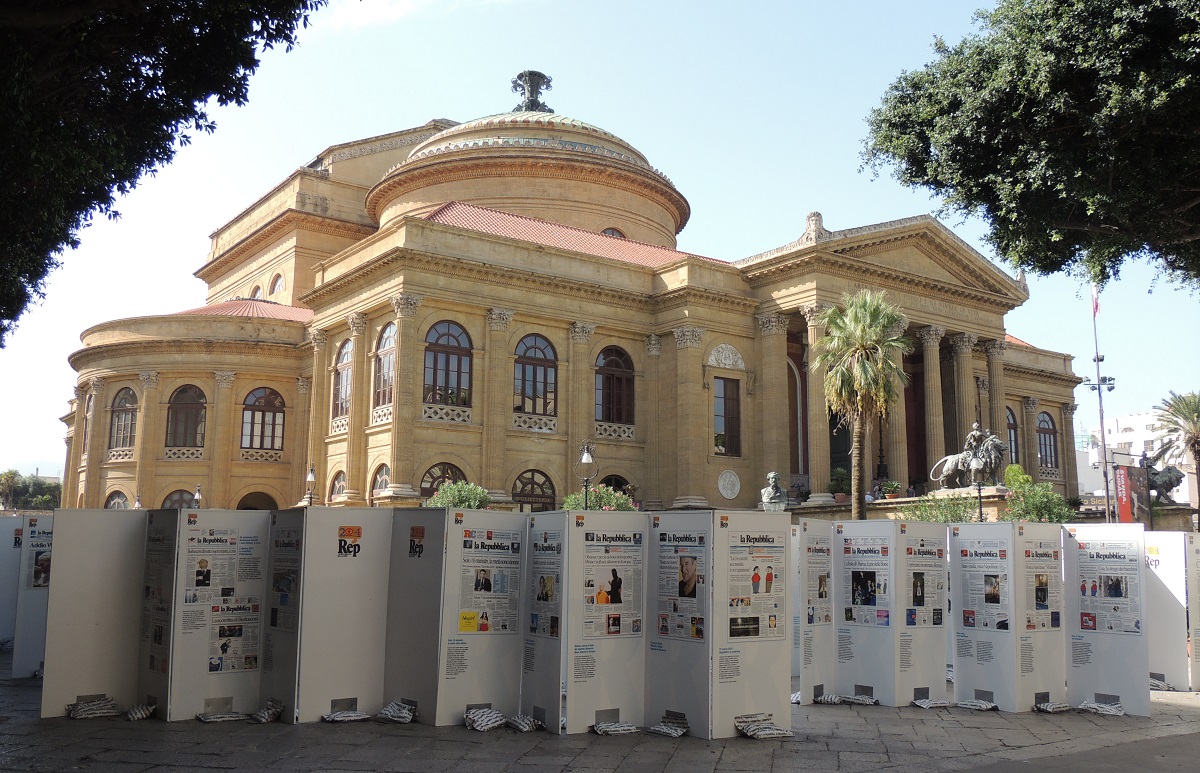 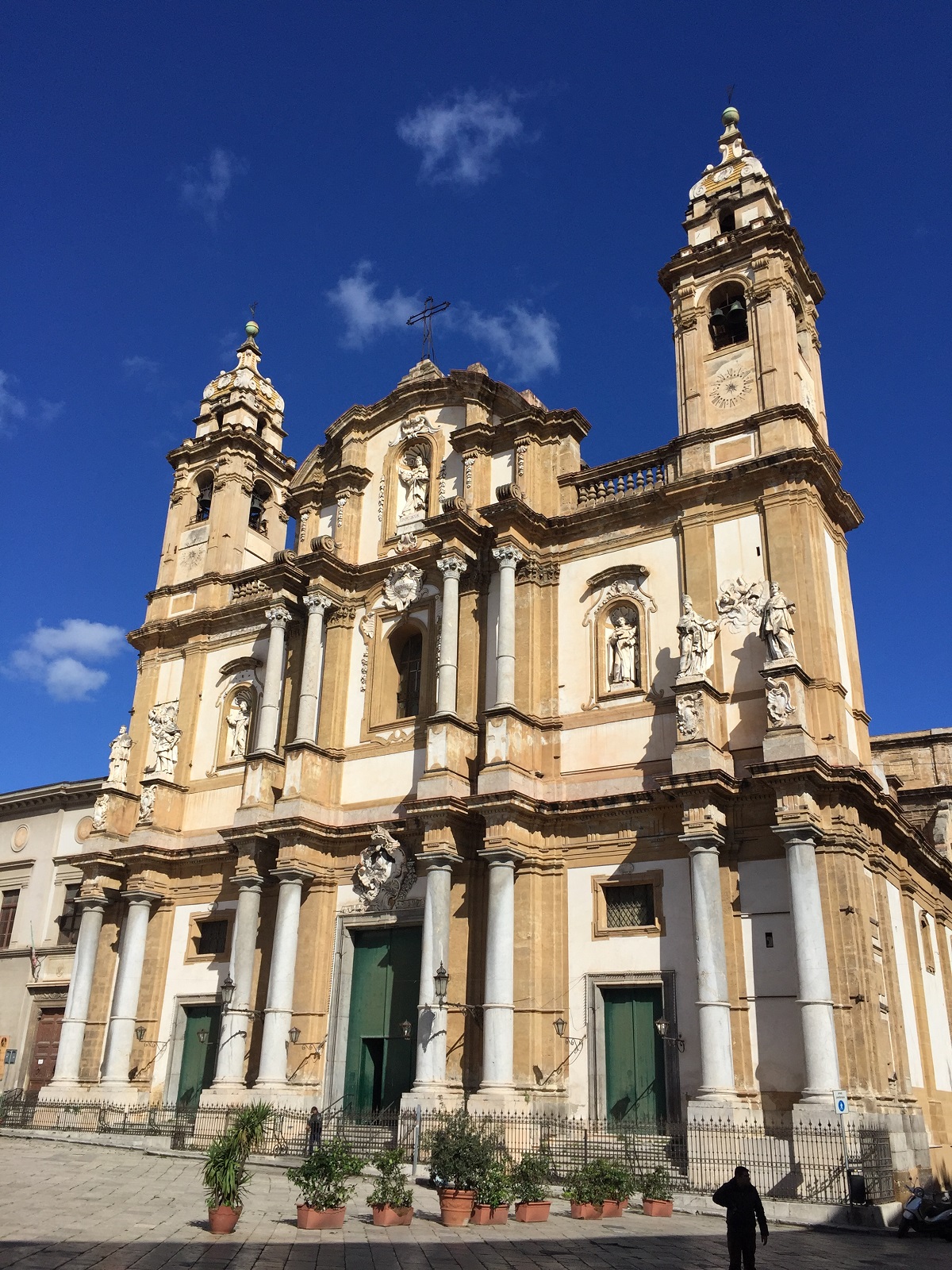 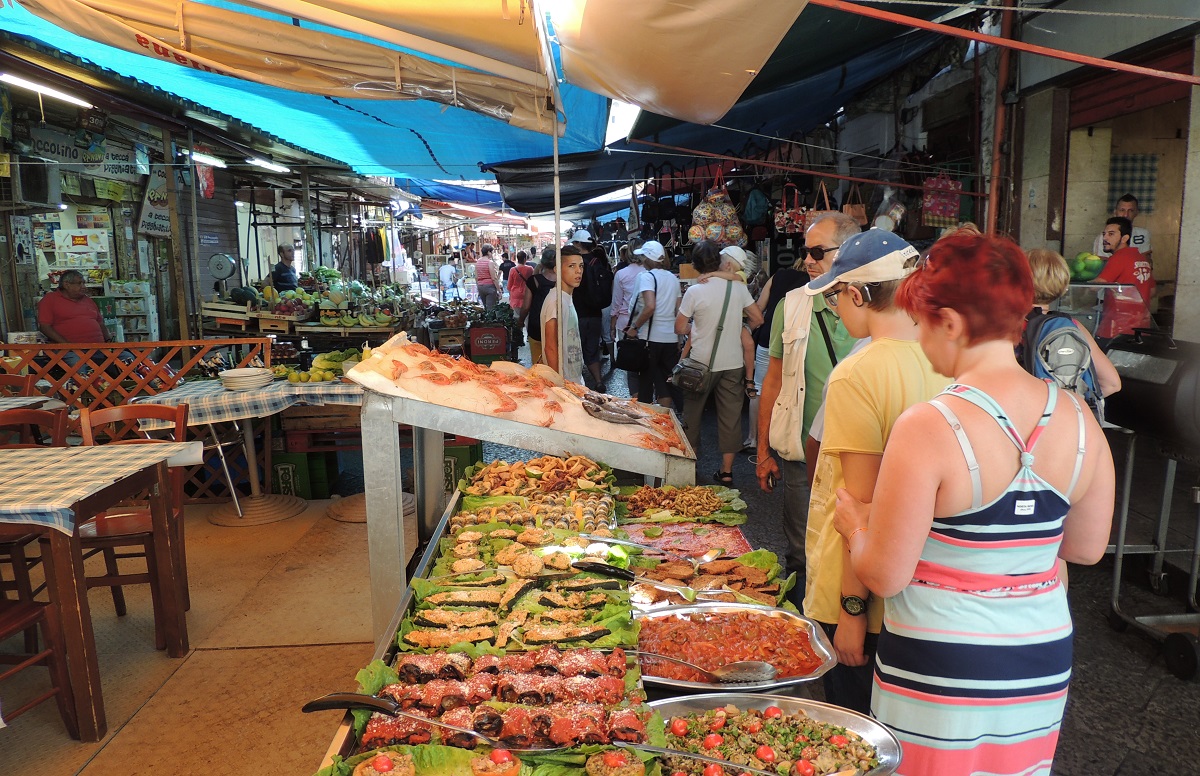 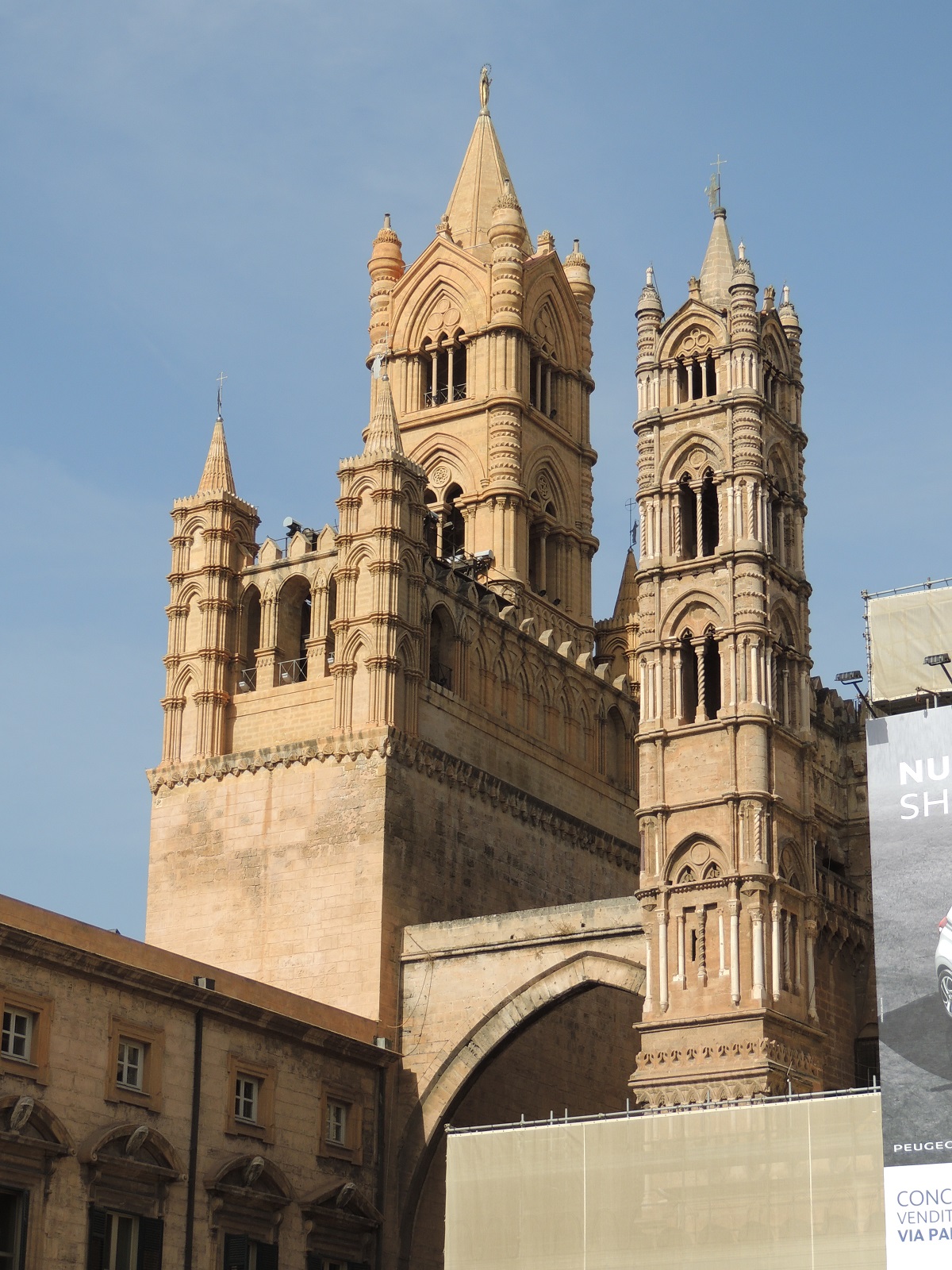 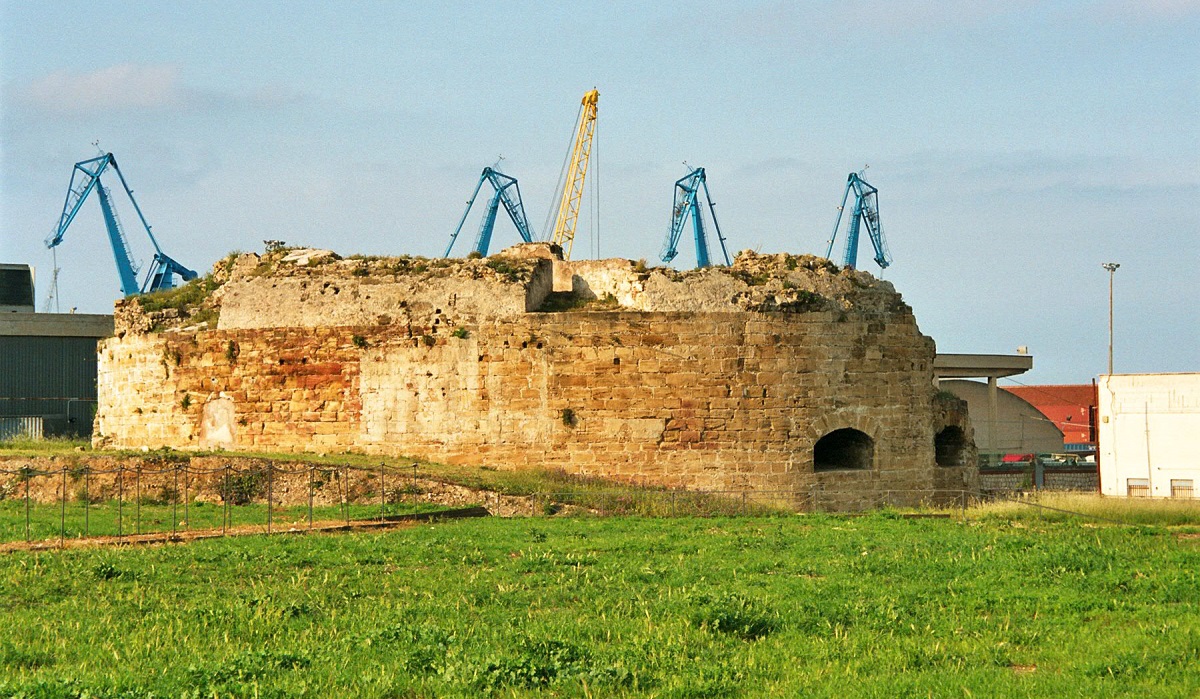 The first settlements
Palermo is today in a place that has been the subject of settlements since prehistoric times. It is one of the oldest inhabited places in Sicily, as is known from early cave paintings found in the area.

The known story began with settlers from Phenicia. They settled in the vicinity of today's Palermo in the year 734 BC, and they established a thriving trading colony. The Phoenicians were active, and they came to establish three settlements which, besides the one at Palermo, were Soluntum to the east and Motya to the west.

The Greeks and the Punic Wars
In the 600-700s, Sicily was colonized by the Greeks, and they called their settlement in the area of ​​Panormus, and the Greeks and Phoenicians lived side by side on the large Mediterranean island. The Greeks in Panormus also traded with the Phoenician city state of Carthage in North Africa.

In the Italian peninsula, the Romans expanded their power and territory, which played a role in both Sicily, the Palermo area and the Phoenicians. Carthage expanded its kingdom in Sicily, and it saw the Romans as a threat to their conduct.

The First Punic War took place between 264 BC and 146 BC, the result of which was that the Roman Empire won the dominion over several islands in the Mediterranean and including Sicily, thereby ending Palermo's Phoenician and Greek times.

Roman Palermo
After the First Punic War, Panormus developed into a beautiful and growing Roman city. Both during the Republic and the Empire, fine facilities were established in the city; this included, among others, mansions around today's Piazza della Vittoria. From this time, mosaics and building remains, whose details have revealed a developed urban community, have been found.

The Romans also built a theater, as it is known from many places in the Roman Empire, and this theater was preserved to the Norman time in the city. With Roman stagnation and later decline, Panormus' flowering stopped as well.

In fact, development had already begun at about 100, but the first major negative event occurred in the year 445, when the vandals and Alans King Geiserik were in charge of plundering the city, which, moreover, repeated in Rome ten years later.

Byzantines and Arabs
In 455, Sicily and thereby Panormus became part of the Vandals' kingdom. Throughout the following century, the Byzantine Austro-Roman Empire's interest in the recapture of the Italian Mediterranean increased. Under Emperor Justinian I, the restoration of the greatness of the first Roman Empire became almost a reality.

For Sicily, this meant that the Byzantine General Belisar came to introduce Byzantine rule. The general victoriously led the campaign against the Vandal Empire in North Africa in 532-533, after which the gaze turned to the Italian territory. In 535, Belisar's army stormed the city gates of Panormus, and the Byzantine rule lasted almost 300 years.

In 831, Arab forces landed in Mazara del Vallo on the west coast of Sicily. The Arabs besieged Panormus, who had to give up after a long struggle, and the Arabs then made the city the capital of their Sicilian kingdom.

The Arab and thus Muslim era came to last until 1072, and it was a time when Palermo and Sicily experienced prosperity and growth thanks to good administration of the island. With the seat of the Arabs in Palermo, which they called Balharm, the city became the island's main city instead of Syracuse. By the middle of the 11th century, Palermo was one of Europe's largest with an estimated 350,000 inhabitants.

Christian reconquest
The Muslim advance in the Iberian Peninsula and Sicily was something that Christian Europe wanted to slow down, and it became the Normans who succeeded in reintroducing a Christian regime in Palermo.

The Normans descended from the Vikings of Scandinavia, and one of their knights was Robert Guiscard, who came to play a vital role in the Norman victory over the Arabs in Sicily. Robert and the Normans easily conquered Messina to the east in 1061, and in 1071 they initiated a siege of Palermo. An Arab rescue fleet was overcome, after which Guiscard was able to launch his fleet into the port of Palermo. In January 1072, the Normans conquered one of Palermo's fortified neighborhoods, and then the rest of the city surrendered.

The Normans introduced Christianity as an official religion, and Palermo became the capital of Sicily. In 1130, Roger II was crowned the city as king, and Sicily was then a kingdom. There remained an active Jewish community and a large Muslim population, and they lived in peaceful and evolving coexistence.

The Normans established prestigious buildings as one of their fingerprints on Palermo; They spoke, among other things, of the Church of Martorana and the distinguished Palatine Chapel, which Roger II initiated the construction of in 1132. During this time, the Kingdom of Sicily became one of Europe's most prosperous states, and with some 150,000 inhabitants, Palermo remained one of Europe's largest cities.

The Norman Palace was the seat of the Sicilian Norman kings' court. It was a status that lasted until 1194, when Sicily became part of the German-Roman Empire. Henry VI was German-Roman emperor 1191-1197 and king of Sicily 1194-1197. With Queen Constanza, Henry VI got the heir Frederik II. During this time Palermo remained an important city, and it was Emperor Frederick II's preferred city in the kingdom; he was even buried in the cathedral of Palermo after his death in 1250.

The rulers of Aragon
The imperial rule did not last long, however, as Sicily came under the crown of Aragon at the end of the 13th century. It happened after the reign of Karl Is from 1266-1282; Karl was from the house of Anjou, who, as a dynasty, acted in the transition from the German-Roman Empire to the house of Aragon's takeover of power.

The era of Aragon's rule became powerfully turbulent, with several clans within the family fighting for power over western Sicily and thus also Palermo. The population of the city was down to around 50,000 in the 1300s, but through the following time the city again developed positively. This was achieved, among other things, through increased trade with Genoa and Spain.

Spanish rule
The Aragonese rule lasted until the death of King Martin in 1410. After that, Sicily was annexed by Spain, who inaugurated a Viceroy of Palermo. With Spain also came the Spanish Inquisition, which gained considerable power, and increased taxes to finance several significant buildings in the city.

Spanish rule was prolonged, and by the beginning of the 18th century Palermo and Sicily belonged to the Spanish kingdom. It was changed with the Peace of Utrecht in 1713, which transferred Sicily to the Duchy of Savoy around Turin. The peace consisted of a number of agreements and was the end of the Spanish War of Succession.

In 1735, the Bourbon House came to power with Charles III of Spain's ascension. He reigned as king of both Sicilies until 1759. Karl III was crowned in Palermo, which was also developed with new trade and several prominent buildings during this time. However, the Kingdom of both Sicilies also consisted of the southern part of the Italian peninsula, and with Naples as a residential town, the role of Palermo had been reduced to merely a larger provincial city in the kingdom.

The name Both Sicilians went back to the Norman Empire from the end of the 1000s. They had power over Sicily and expanded their empire to include the southernmost part of Italy's peninsula. The kings of the mainland maintained the use of the name Sicily despite a century-long separation, thereby indicating that they would continue to rule over the old kingdom.

1800's Italy
From the 1820s to the 1840s, there were riots of various sizes and impact in Palermo. Since 1816, the Kingdom of Both Sicilies had been operating in a new state formation with the capital of Naples.

On January 12, 1848, the riots culminated with the establishment of a parliament and a new constitution in Palermo. The first president was Ruggero Settimo, and this happened in opposition to the reigning Bourbon kings who captured Palermo in May 1849.

Both Sicilies were conquered by the Kingdom of Sardinia in 1861, which happened in the process against the Italian assembly, which had Giuseppe Garibaldi at the head. A vote was taken on Sicily's affiliation with the new Italy and the result was that Palermo and Sicily became part of the new United States from 1861.

As part of Italy, Palermo continued to be the capital of Sicily, and some economic development occurred in the decades around 1900. The area of ​​Palermo expanded significantly and outside the old city walls. The Via della Libertà Boulevard was built, and around it were erected many mansions and villas of the art nouveau of the time. The Florio family's Villa Igeia was a magnificent example and designed by renowned architect Ernesto Basile.

World War II to Today
Palermo went unmoved throughout the first years of World War II. That changed with the Allied invasion of Sicily in 1943. In July this year, Allied forces bombed Palermo's port and surrounding areas into obscurity. The extent of these devastations could be clearly seen over the following many decades.

After the end of the world war, Palermo became the seat of Sicily's regional parliament, and the city became the capital of the region, which had a special status in Italy.

In many ways, development in Palermo stagnated through the latter half of the 20th century. However, the number of inhabitants increased significantly, with many newcomers coming due to the decline in Sicilian agriculture. The growth of the city's population led to a colossal expansion of Palermo to the north from the historic center, and many new neighborhoods emerged rapidly.

Today, more than 700,000 in Palermo have great potential for tourism development with its many historic buildings, mild climate, rich culture and breathtaking surroundings.
Skjul indhold her 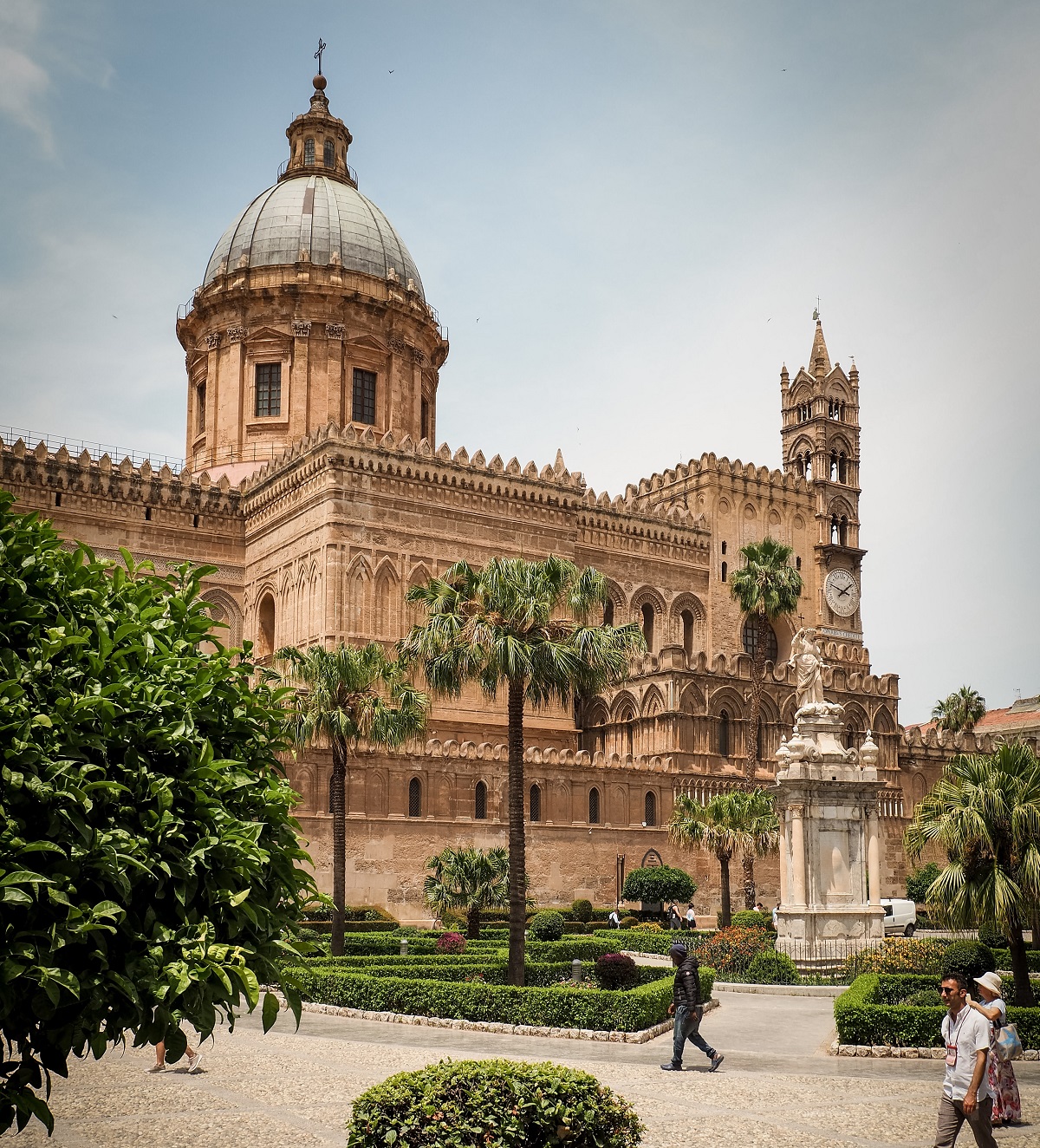 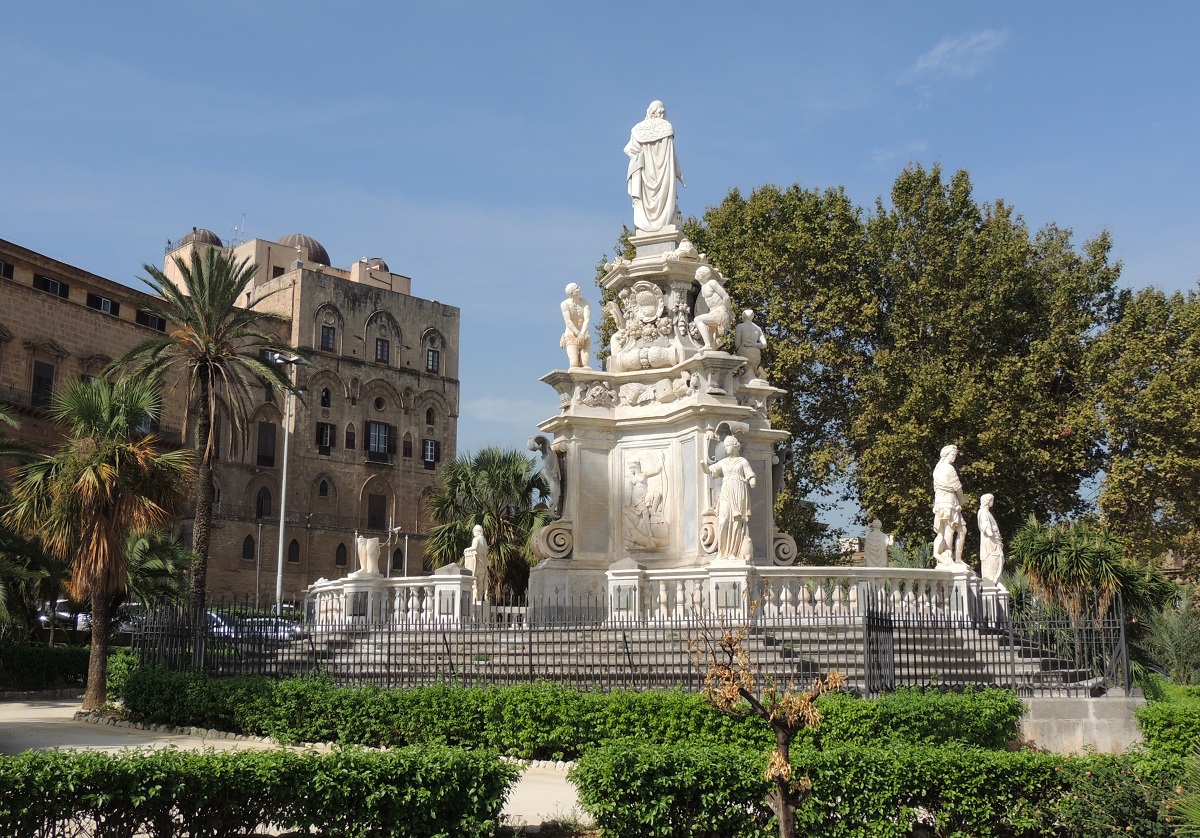 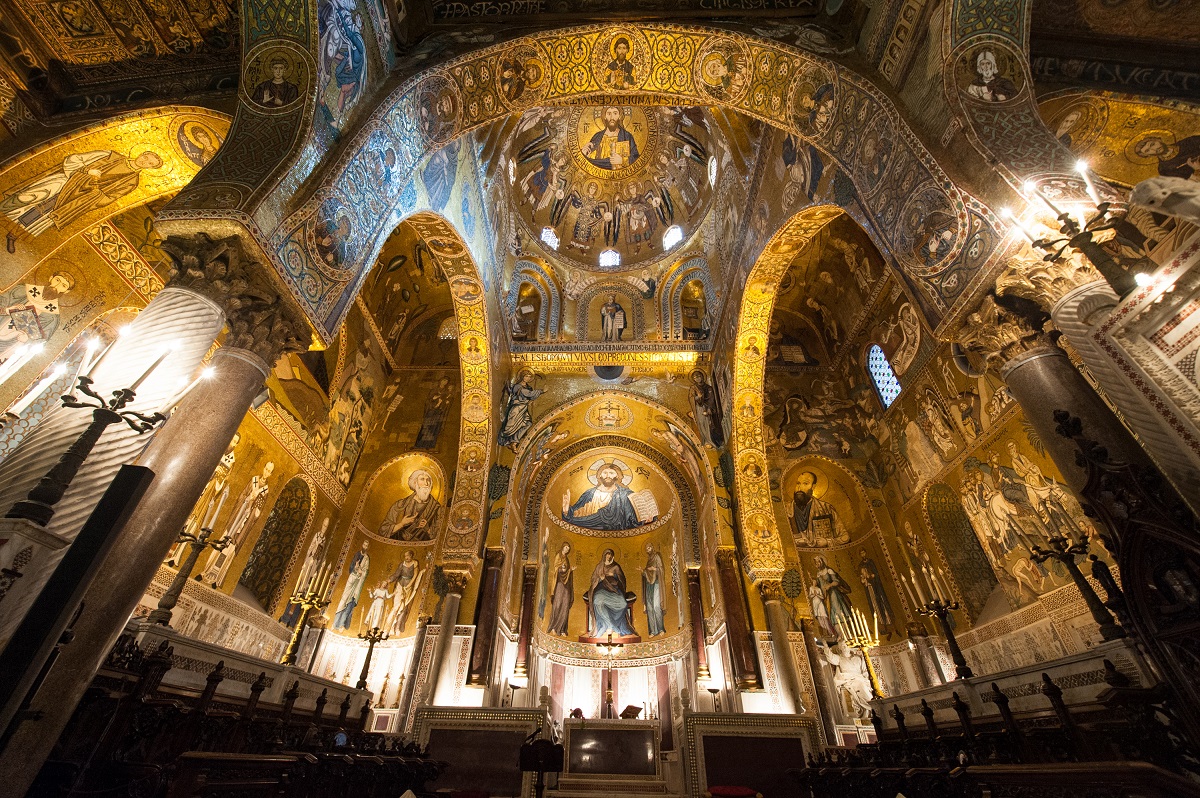 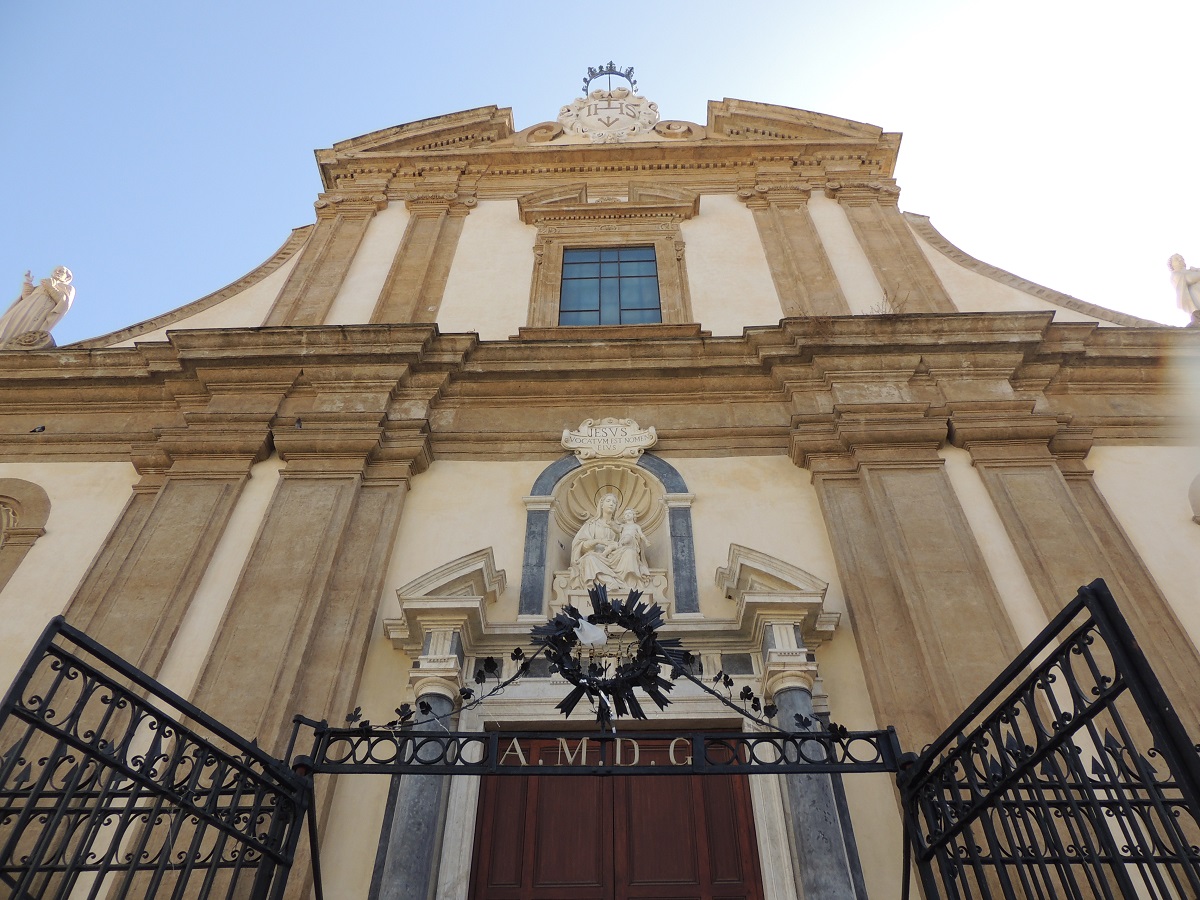 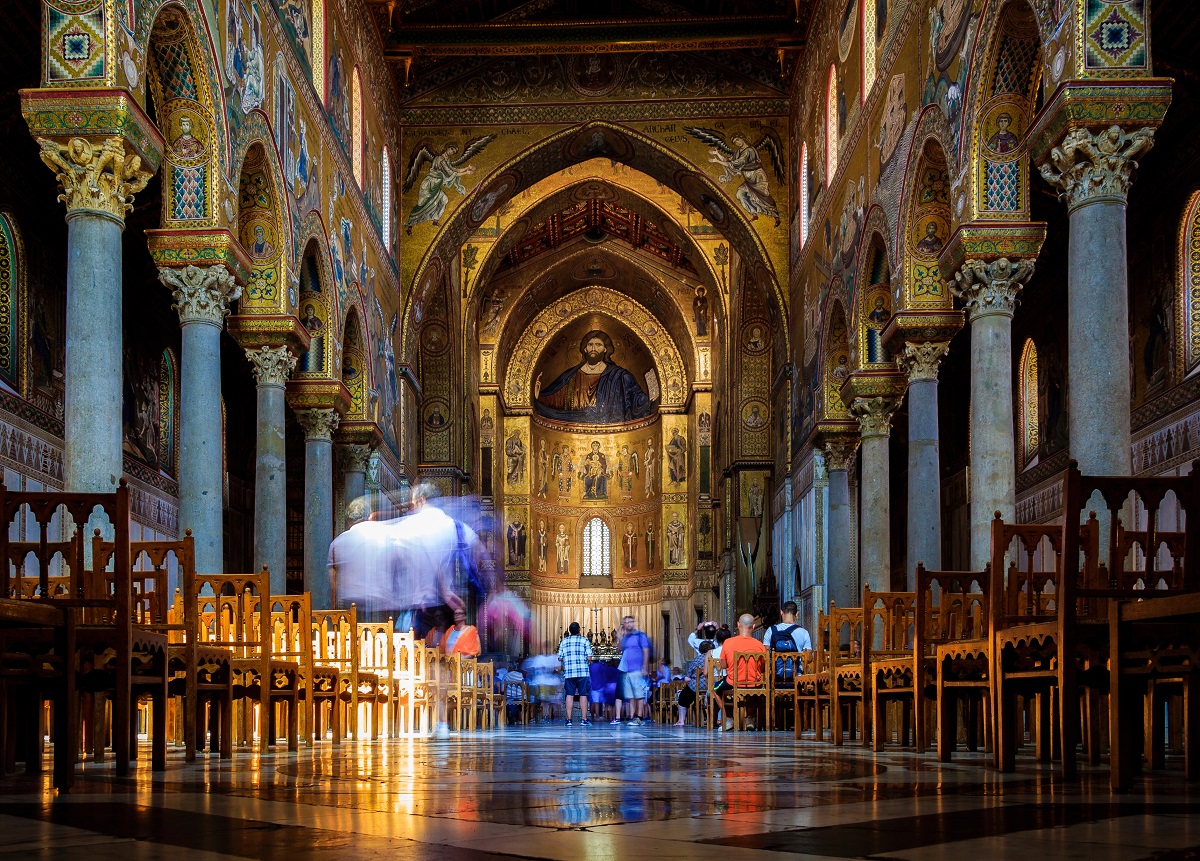 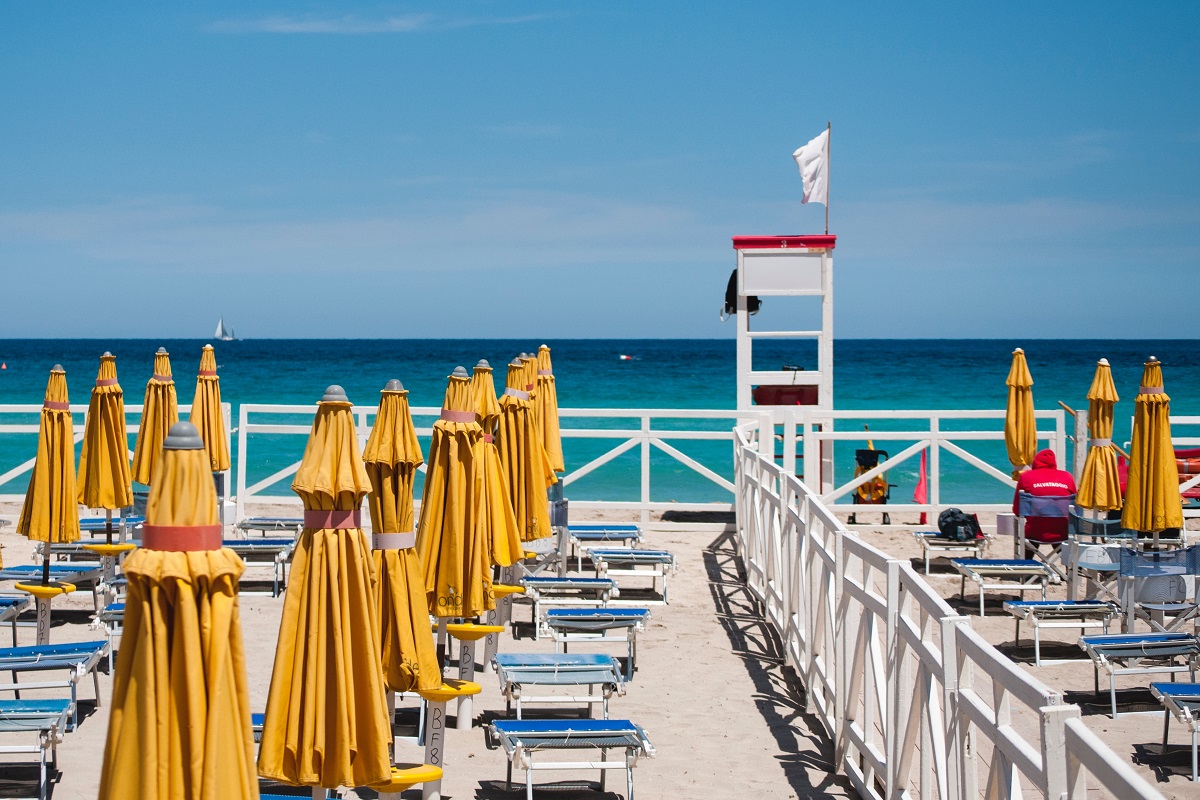 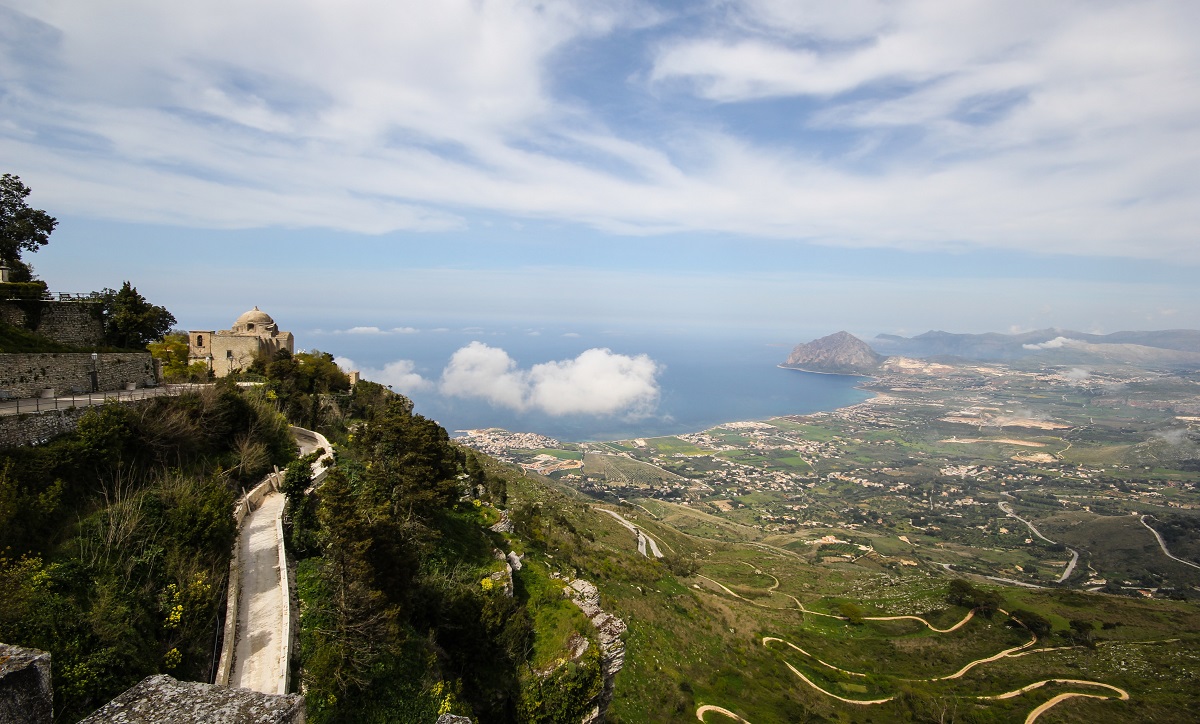 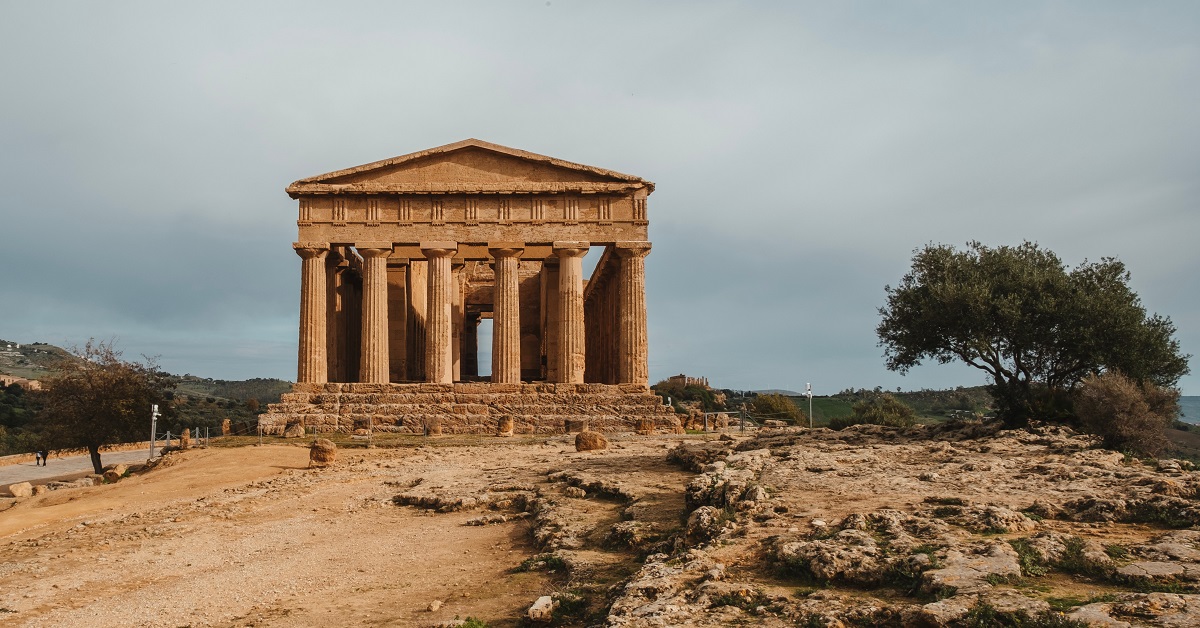 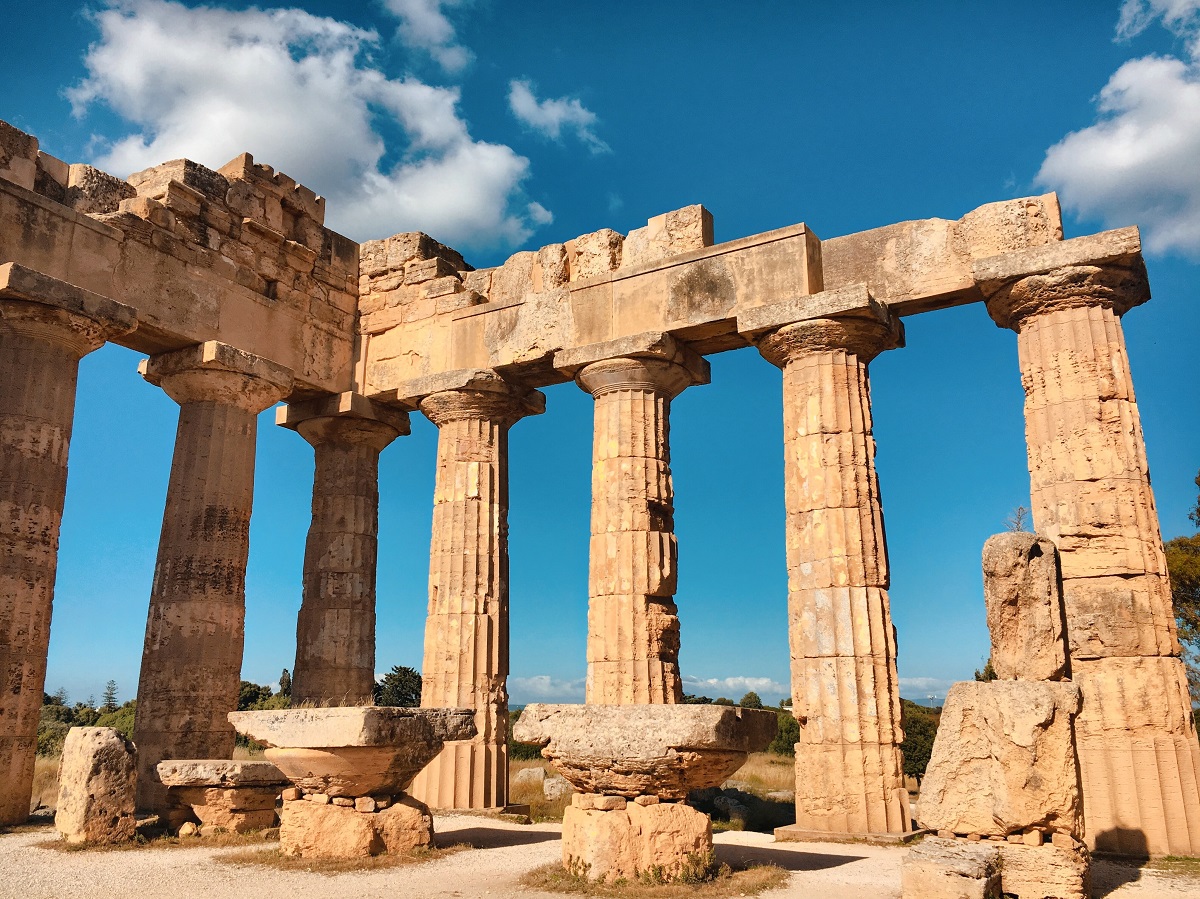 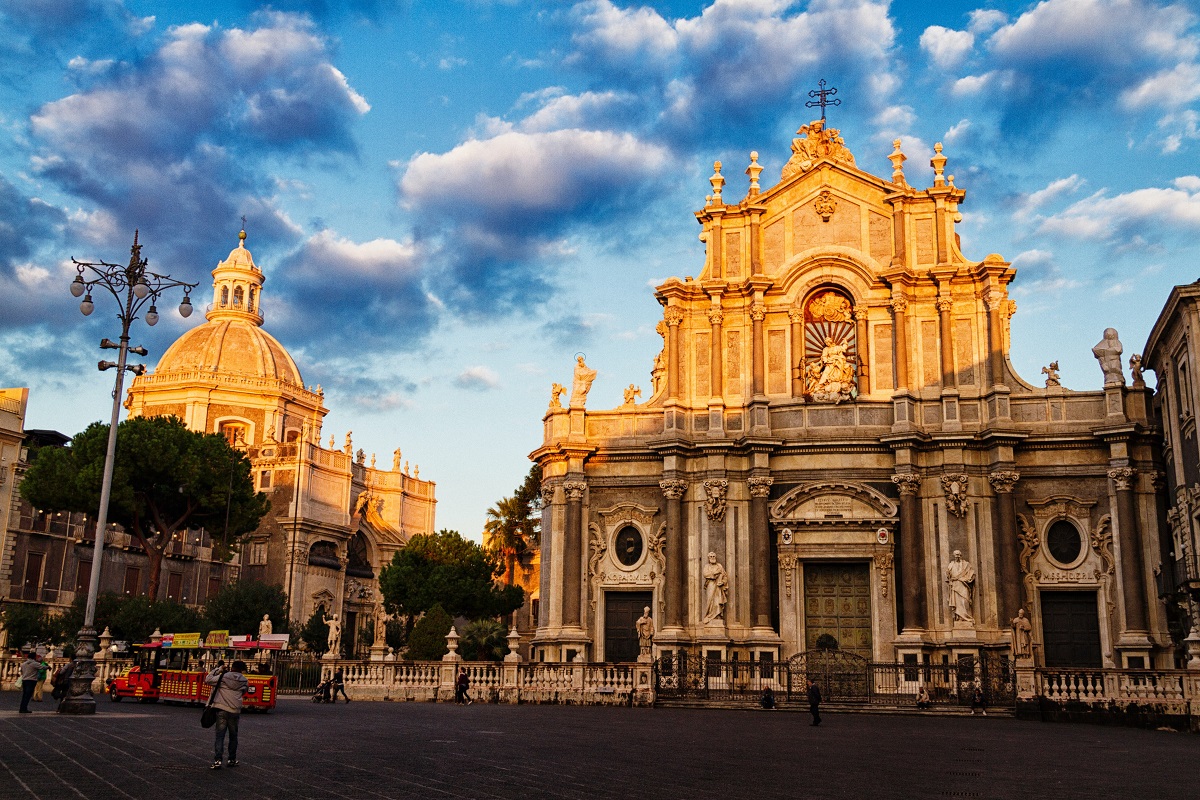