Stockholm is Sweden's capital with the nickname Queen of Mälaren, and it's not for nothing, the city has been given that name. Stockholm is scenic like few other capitals in the world; the lake landscape around Lake Mälaren is to the west, and countless islands and rocky reefs extend towards the Baltic Sea to the east. Stockholm is in the middle, built on many islands itself.

Stockholm's old town is an island full of fine squares, crooked streets and narrow alleys without any modern buildings. Walking around this district is like a trip to a bygone era, and the Storkyrkan Church and Stockholm's royal palace are among the sights here.

The modern center of Stockholm is a short walk north of Gamla Stan. The active business district is located around the square of Sergels Torg and it offers plenty of shopping opportunities as well as loads of cultural and dining options. The pedestrian street, Drottninggatan, is famous and a must for most travelers to the city.

Stockholm's museums are highly see-worthy as well. Interesting museums are found almost everywhere in the city, and the highlight of them all is the unique ship Vasa, which sank on its maiden voyage in 1628. It can now be seen restored to its former glory. The Nordiska Museum and the Swedish National Museum are other good suggestions for places to see when in Stockholm. 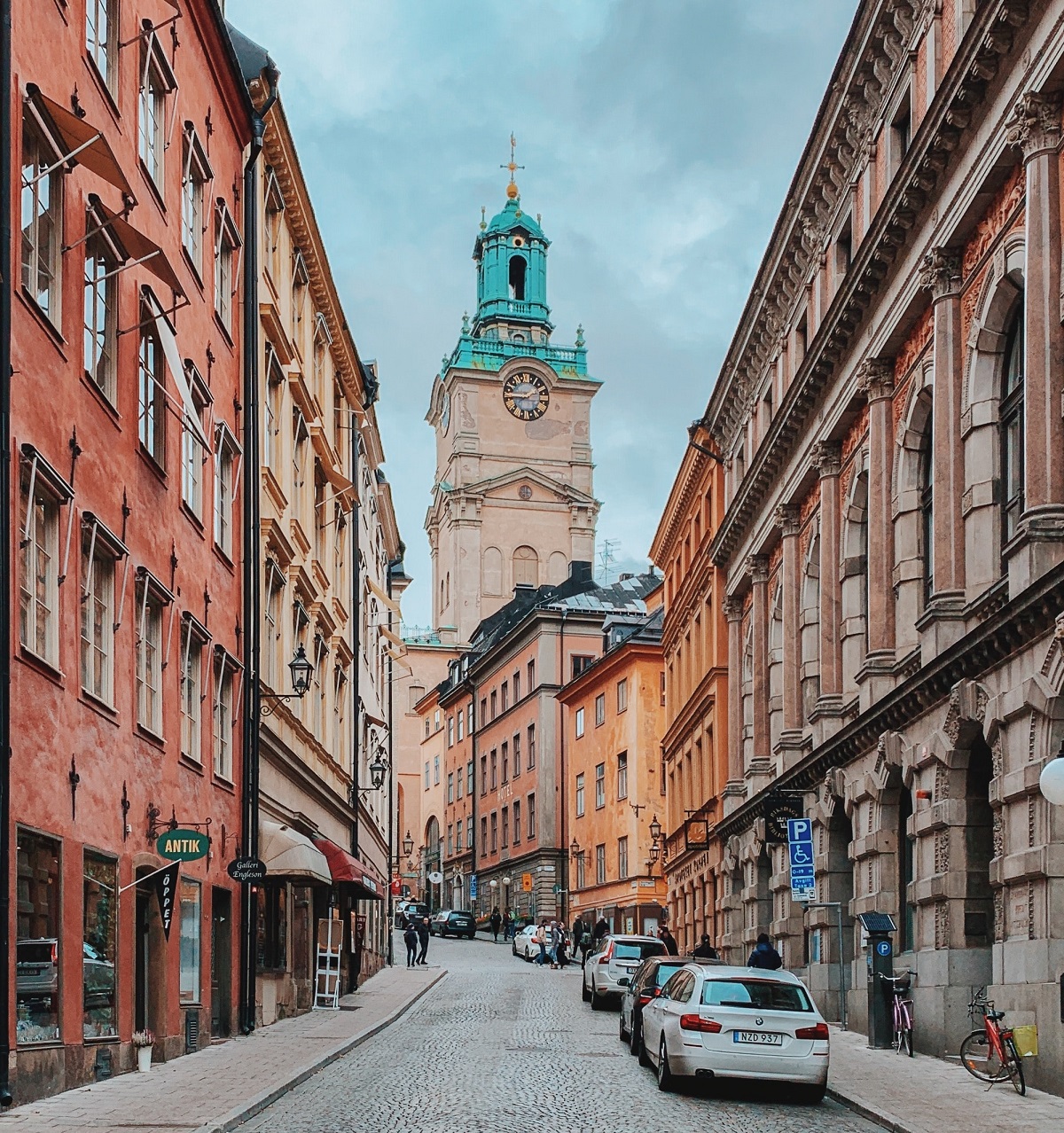 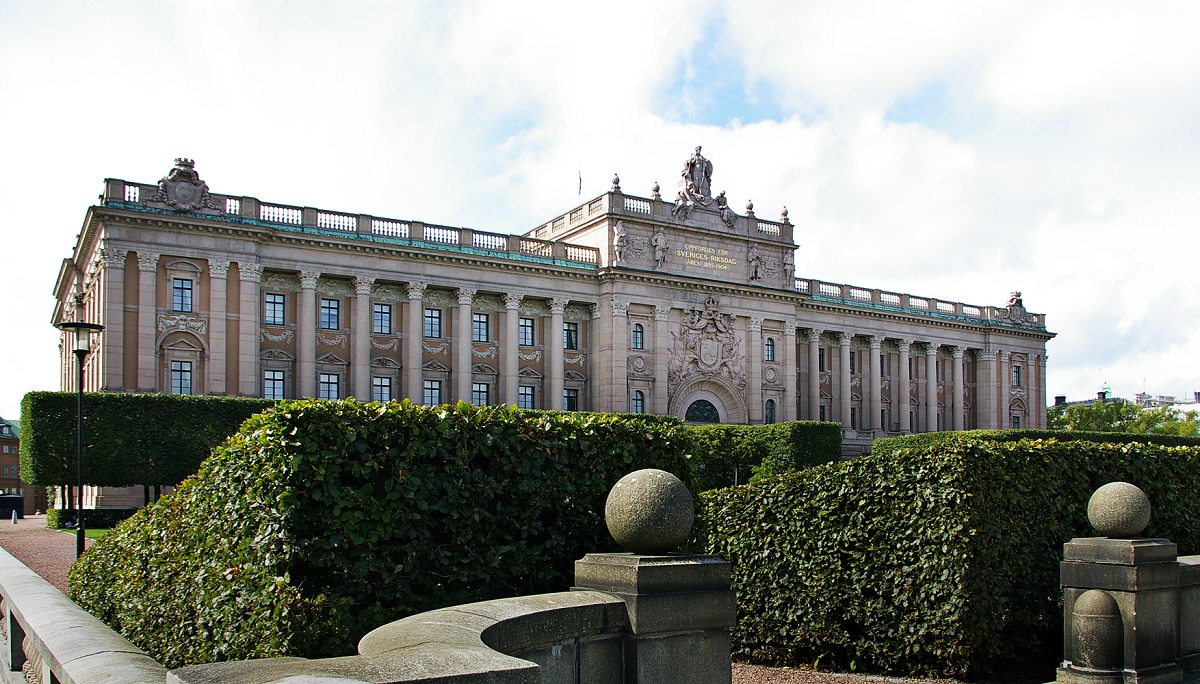 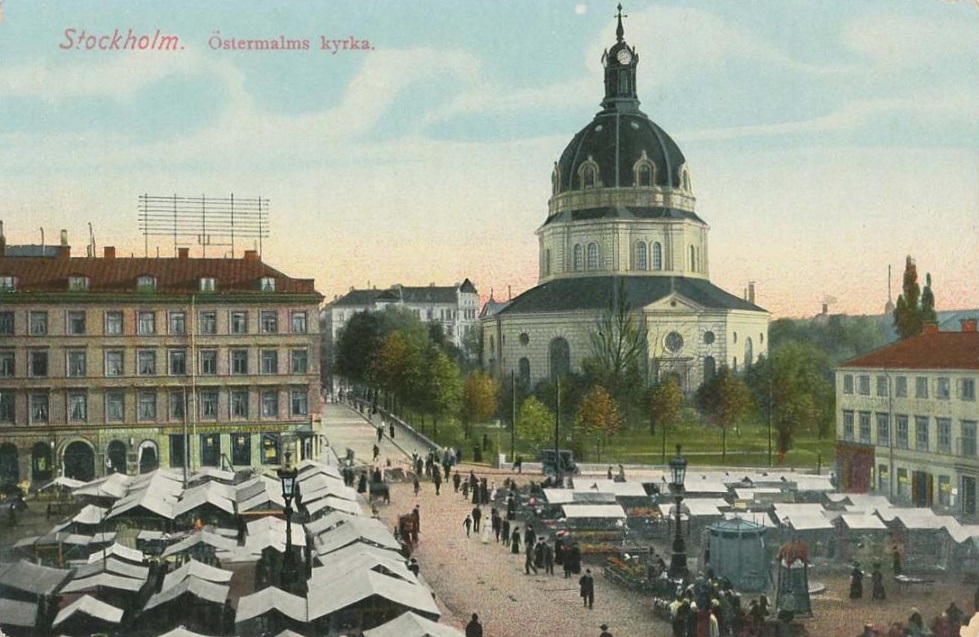 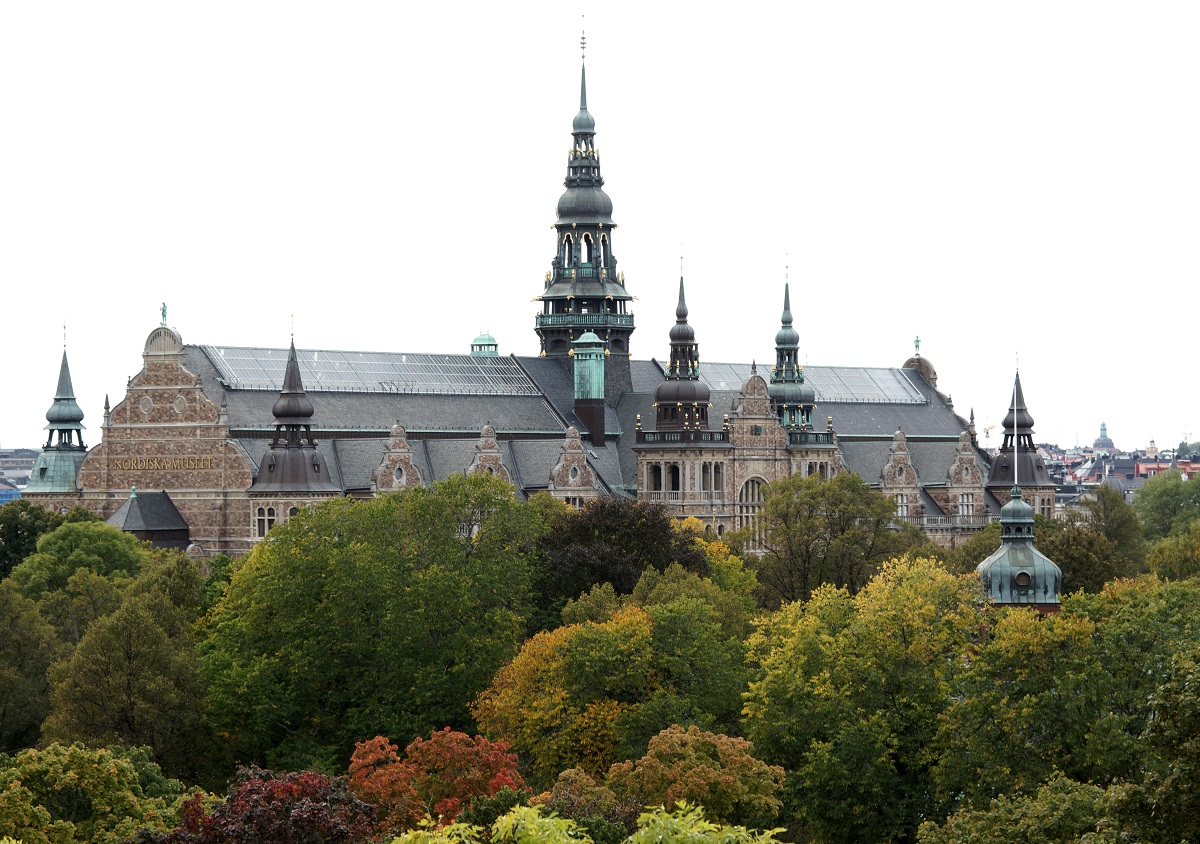 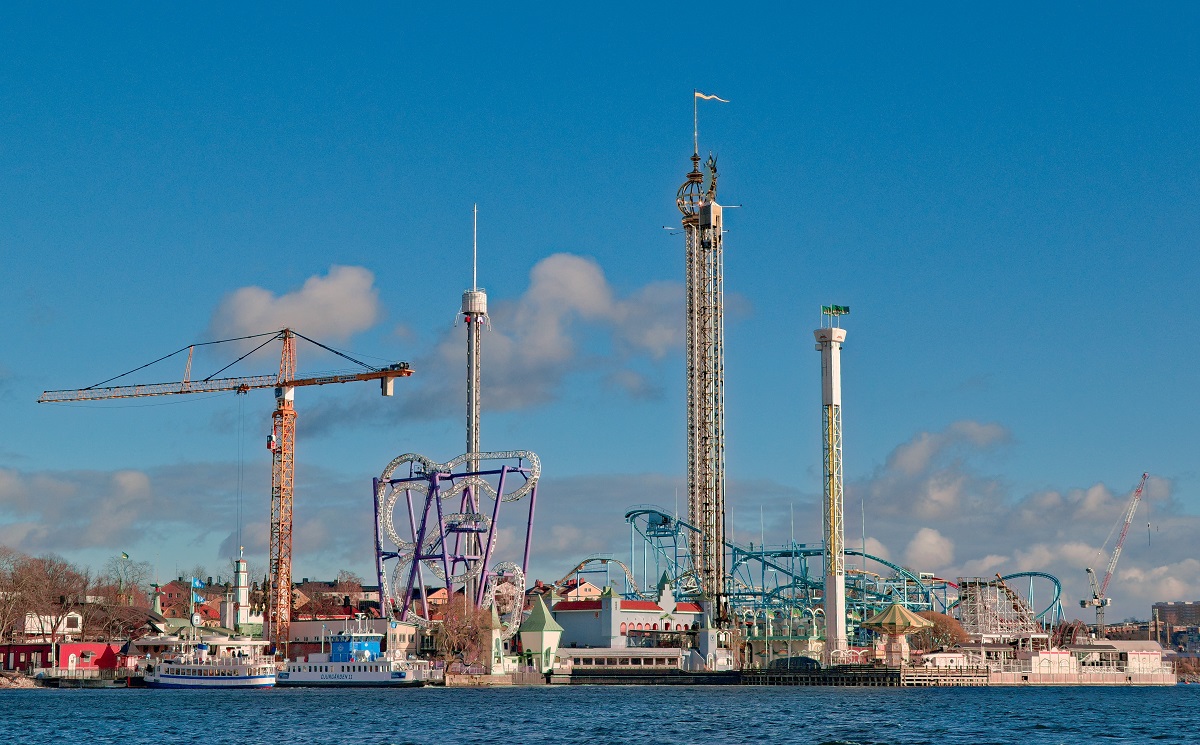 The early history
Stockholm was built on the strategically important trade route between the waters from Lake Mälaren to the Baltic Sea's open water. On the high ground of the area, the ships were reloaded, creating a breeding ground for activity on the site that became a smaller settlement. The trade in the ships was mainly about the products iron, copper and leather, which came from the interior of the Scandinavian peninsula.

The position as a transhipment site continued to become more important and it became necessary to consolidate the central area where there were only a few inhabitants. In 1250, Birger Jarl built a castle in the now central Stockholm, and in 1252 he granted the city commercial property rights. Thereby the city was founded.

Stockholm grows
Stockholm grew extremely fast, and this was not least due to the large trade in the Baltic Sea, which was led by the Hanseatic League, whose weight was in the northern German trading towns. In just about 100 years, Stockholm had become Sweden's largest city at this time. The city was the most dominant in the region, and previous significant settlements such as Birka were finally abandoned.

Stockholm was mentioned in the Erik Chronicle, which is believed to have been written in the years 1322-1332. Stockholm was referred to as the city between the bridges, and that description can be understood even today.

Gamla Stan and new districts
Stockholm city, which was in the present Gamla Stan, was expanded rapidly and at one time overcrowded. Fires ravaged often, but the city was quickly rebuilt in the narrow alleys that are still preserved. The large buildings of the time included the Great Church and the tower Trekroner. In the 1300-1400s, however, the pressure on the small area of ​​the city was so great that the Norrmalm and Södermalm areas were developed. In this way, the contours were established for what Stockholm is today.

In 1388, Stockholm was besieged under the Danish Union Queen Margrethe I, and the city fell in 1398. The union between Denmark, Norway and Sweden was a reality and the queen let a larger city wall erect. At the end of the 15th century Stockholm had 5,000 inhabitants, which was a considerable amount according to the conditions of the time.

In 1471 Sweden overcame the Danish Union Army in Norrmalm. The country broke with Denmark-Norway, but rejoined the Union in 1497-1502 under King Hans. King Christian II again conquered Stockholm after King Hans, and in 1520 he had 83 leading Swedish men executed at Stortorget during the so-called Stockholm Blodbad.

In 1523 Gustav Vasa was crowned king of Sweden and the time under Danish rule was ended. Stockholm became the Swedish city's leading city and the king's residence city. However, Stockholm first became the official capital in 1614.

Years 1500-1700
At the end of the 1500s, Stockholm was a fortified town with residence castle, great churches and in general a city in growth. Its and Sweden's potential allowed Sweden to become a major power in the Baltic in the 1600s, and Stockholm became the center of royal house, military and administration. This led to strong growth in population.

The thirty-year war took place in the years 1618-1648, and it meant a boom for Stockholm. Trade increased and many noble mansions were erected at Riddarholmen, among others.

Throughout the century, more people moved to the city and more neighborhoods were expanded. Around 1700 the city had 45,000 inhabitants, large living quarters, mansions and a royal palace.

The 18th century became a stagnation period for the city, which met with increasing competition around the Baltic Sea. It came mainly from Tsar Peter the Great's construction of St. Petersburg as a new Russian capital in 1703. In 1711, Stockholm was hit by a plague epidemic that, as usual, made a dent in the population.

However, in the century there was also scientific and cultural flourishing in the capital, and in the late 1700s, under King Gustav III, the city continued the positive development, which began in earnest in the 1600s.

Modernization and industrialization
The 19th century was yet another flourishing time for Stockholm. The city was rebuilt by replacing many old neighborhoods with new and more modern ones. A number of public buildings and institutions were also erected, such as hospital and educational facilities.

Industrialization also made its mark on the city. From 1860 railroads were built, and from 1877 Stockholm got a network of trams. The city developed its industries, and working districts such as Sundbyberg and wealthy districts such as Djursholm followed with both industries and increasing economic activity. In 1900, around 300,000 people lived in Stockholm.

The 20th century until today
Throughout most of the 20th century, Stockholm was in a boom. In 1912, the city hosted the Olympic Games, and for a time it put the Swedish capital on the world map for many people around the world.

During both world wars of the 20th century, Sweden was neutral, thereby avoiding devastation, and relative growth was established in relation to many other places more directly affected by the acts of war. Growth and the generally increasing urbanization led to an increase in the population from 500,000 in 1930 to a million in 1960.

In the 1960s, large areas of Stockholm were demolished to make way for modern construction. Of that, Sergels Torg is the best example; the central square was erected in the old Art Nouveau quarter of Klara. Modernization has been much debated ever since, but it has helped to give Stockholm a metropolitan atmosphere with large, modern and partly monumental buildings in the center.

Over the past decades, much has been done to continuously develop Stockholm as a tourist city at the same time as one of Scandinavia's leading business cities. For tourists, the city's water wealth is now, as at its founding in the 13th century, still what provides the basis for many activities, and the city's beautiful location is also unforgettable.
Skjul indhold her 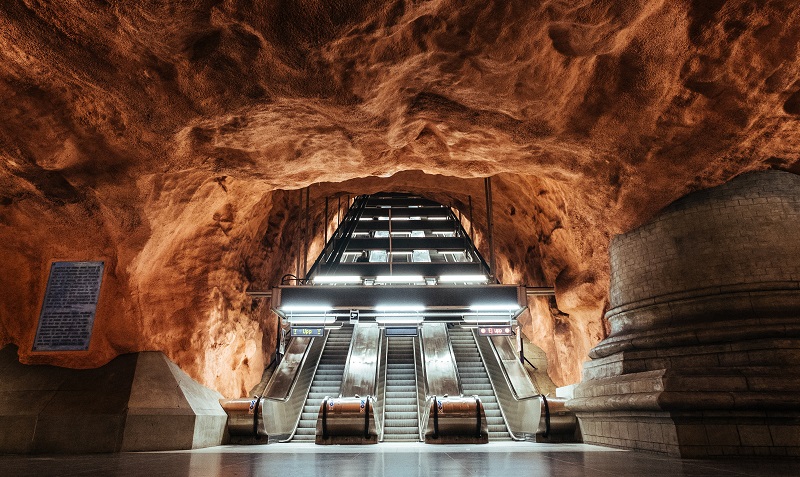 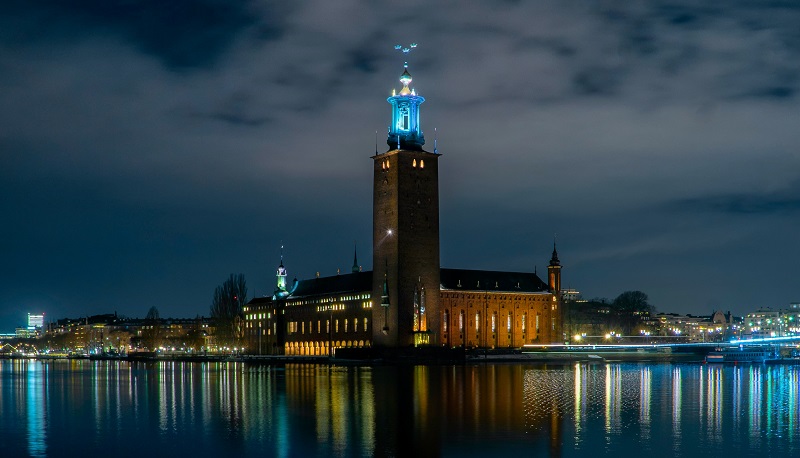 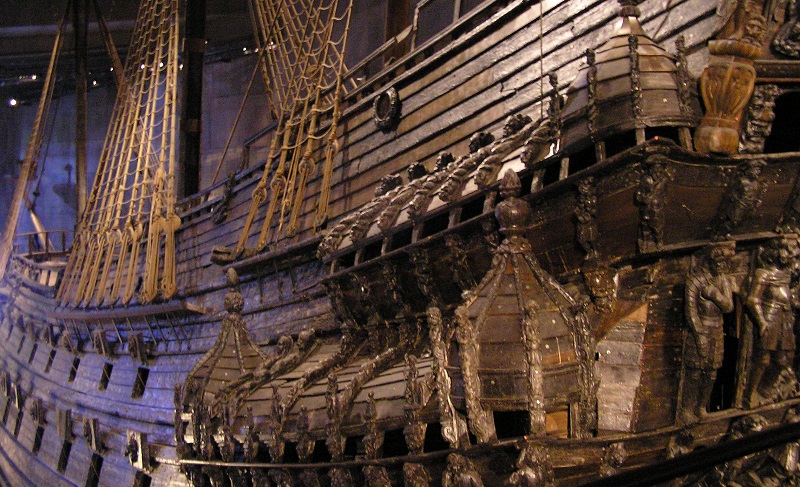 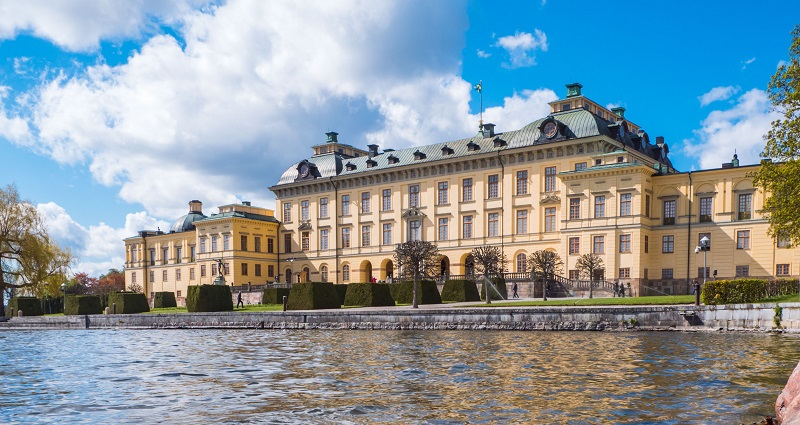 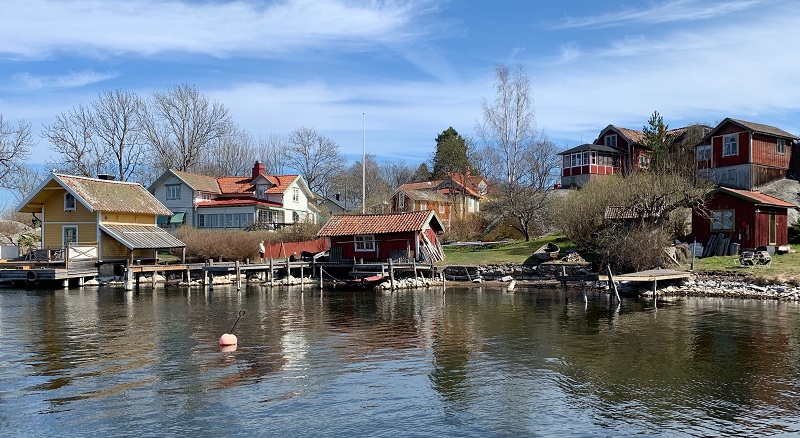