The Uzbek capital of Tashkent is the largest city in Central Asia, and a visit here is a mix of historical sights, modern buildings and true metropolitan experiences. Ever since the Silk Road, the place has been an important strategic location on the caravans' routes between China and Europe, and historically Tashkents role as a meeting place made it prosperous.

Tashkent is a metropolis whose neighborhoods and grand squares are connected by the subway from the time of the Soviet Union, which in itself is an attraction with contemporary designed stations in local style and inspiration. The city plan above the metro is characterized by wide streets and boulevards and large squares in the new district dating from the Russian and Soviet times.

Tashkent is also known as a very green city with many large parks, which are beautifully landscaped for taking a walk in the many urban oases. Close to the modern center you find Tashkent's Old Town, where there are mosques and Koran schools. 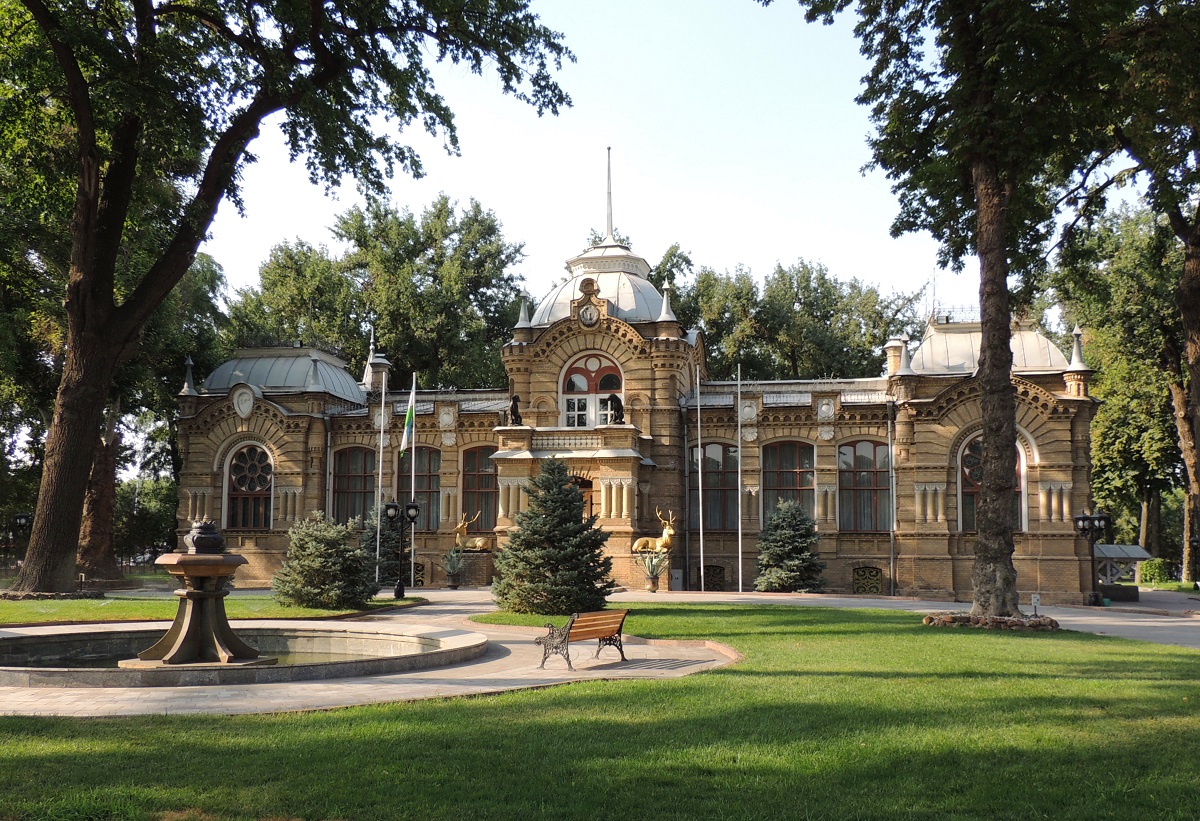 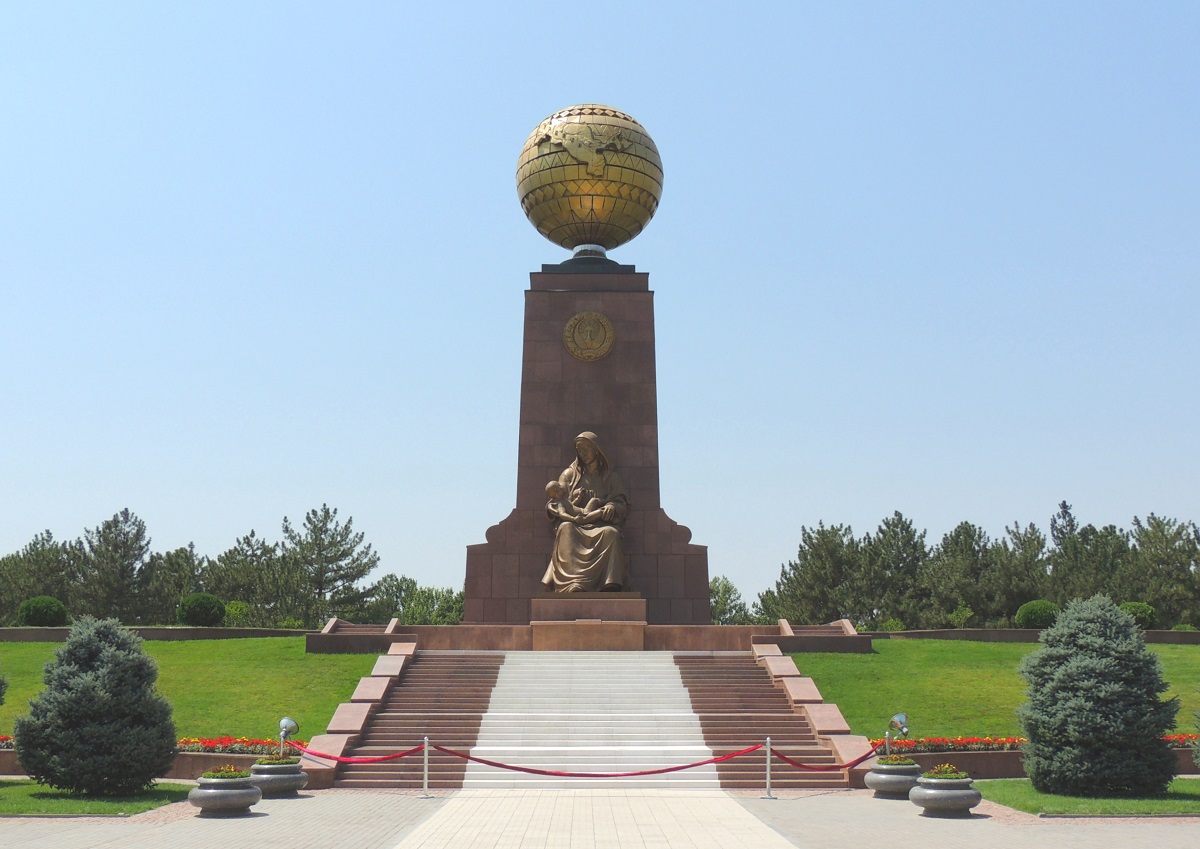 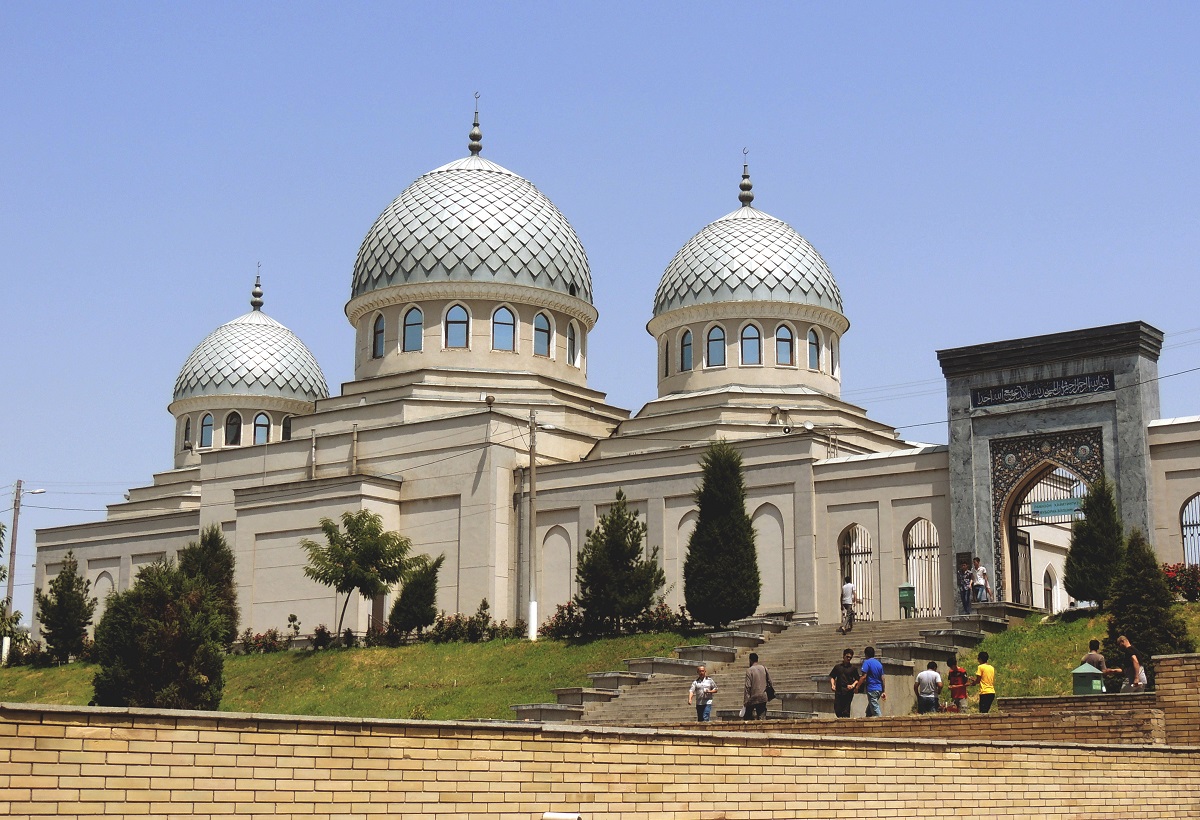 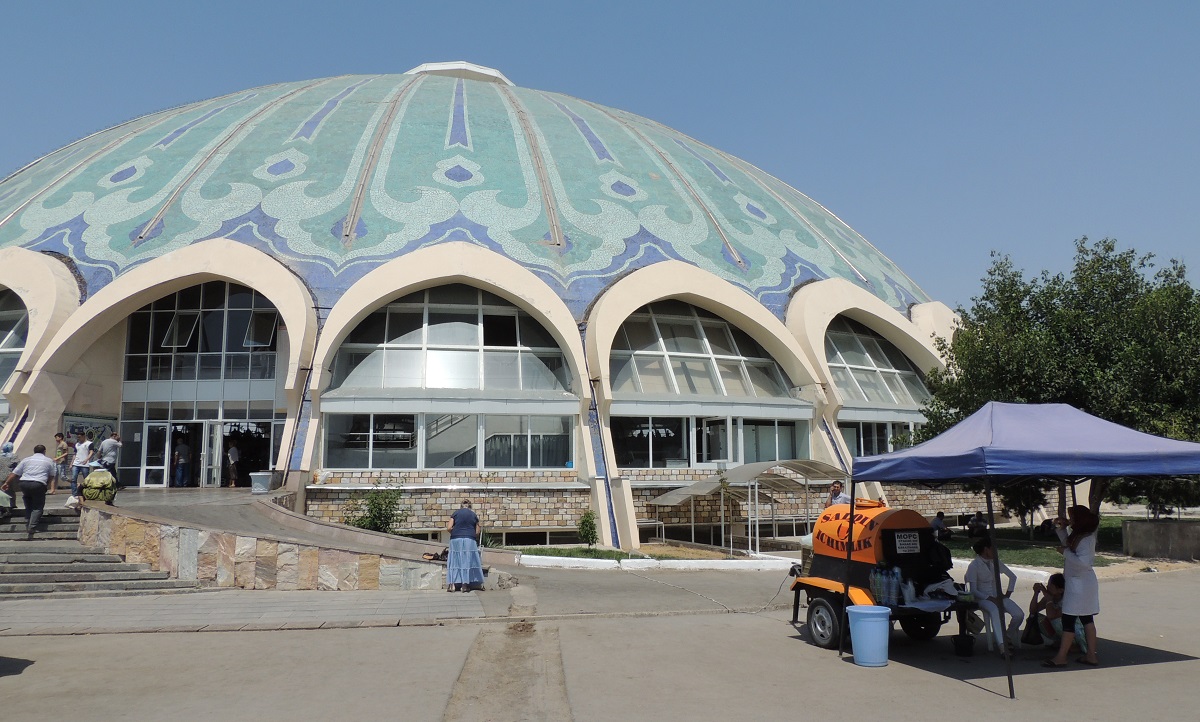 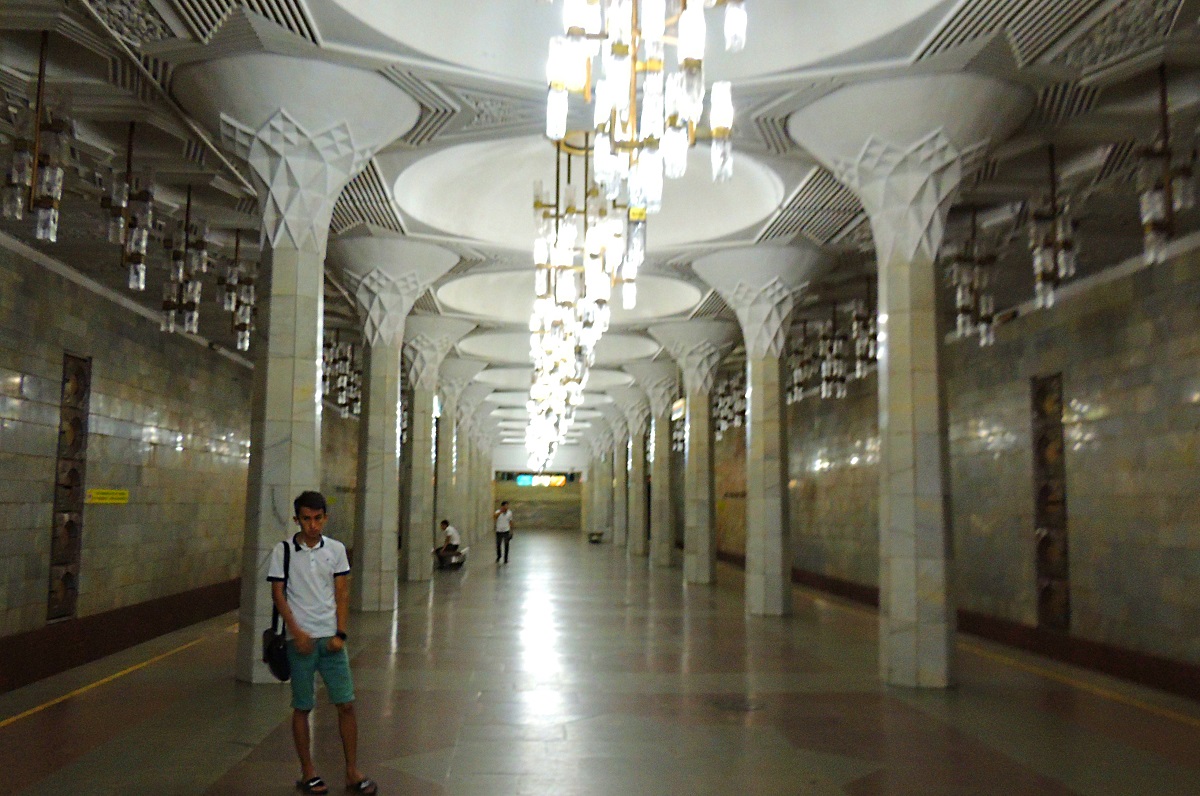 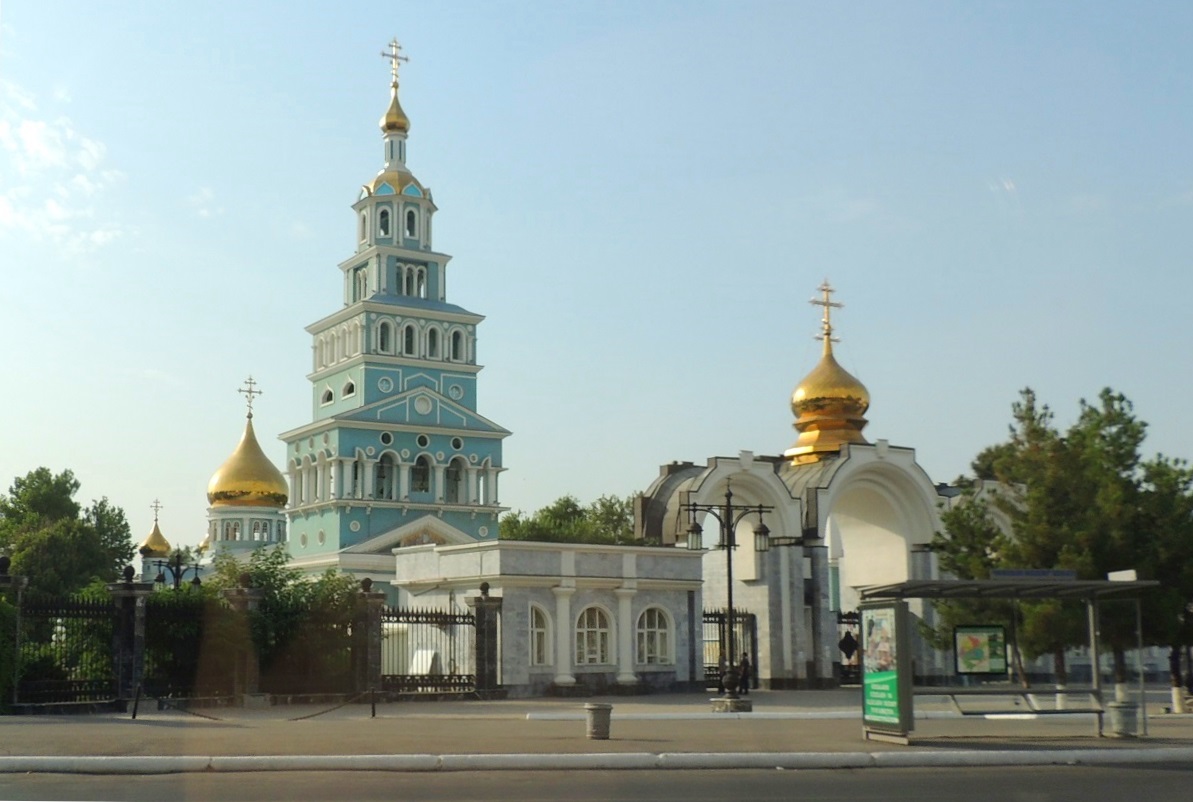 Tashkent's beginnings
The city of Tashkent is one of the oldest settlements along the Silk Road, and it is mentioned as early as the 100th century with a history that goes back to time. The city was called many different names in Persian, Chinese and other language sources that mention it. It was the earliest from the 8th century that the name Tashkent was used.

In early times the name Chach was used, which came from a military camp that had been in this place for centuries before the birth of Christ. The name eventually became Chachkand. The name Tashkent is a development of this, and Tash is of Turkish origin, while kent comes from Persian; overall, Tashkent means the stone city. Chach or Tashkent developed relatively quickly, not least during the Kushan period through the 200-300s.

Islam entered the region and thus also Tashkent was conquered by Islamic tribes and troops in the 7th century, thereby establishing the Muslim faith of the Uzbeks. The Islamic Arabs also brought new cultural influences, and among the influences was also the architectural direction, which is still seen today. In the following centuries, further development took place in the city, which was based, among other things, on raw material production and trade in the area.

Genghis Khan
In 1219, Tashkent was conquered by Mongols under the leadership of Genghis Khan, and at that event large parts of the city were destroyed. It took time for Tashkent to resurrect, but not least because of its good strategic location. By the same century, the city had thus grown to become the largest on the Silk Road's Central Asian passage.

The Caravans and Trade
With a good location on the area's trade routes, Tashkent developed over the centuries from the 13th century as other cities in the region; eg Bukhara and Samarkand. The Silk Road caravans made their way past Tashkent, and it meant the construction of many caravan serials, which were hotels of the time, bathing facilities, shopping venues and other services that served the industry around the travelers. Crafts also evolved, which materialized, among other things, in prestigious buildings such as Koran schools and mosques, which shot up to a large extent.

Tashkent in the 19th Century
At the beginning of the 19th century, Tashkent had a population of about 100,000, and it was considered the most prosperous city in Central Asia. This was due not least to a booming trade with Russia.

However, the economy got a crack after 1809, when Tashkent was incorporated into the Kokand khanate, which had been established in 1709 when the Shaybanid emir Shahrukh declared the eastern region of Uzbekistan independent of the emirate in Bukhara. With a new ruler in the capital Kokand, Tashkent had to pay high taxes to the Khanate.

Russian Turkistan
The Russian empire, with the Tsar as regent, expanded in present-day Uzbekistan in the 1860s, when Central Asia was established as Russian Turkistan with general governors and military presence. Tashkent became part of Turkistan in 1865, with Mikhail Chernyajev's troops of just 3,000 being successful in the campaign, expanding the empire's borders considerably.

In 1867, the Turkmen government was established with Konstantin von Kaufman as the first general governor. Tashkent became the capital of the area, which overcame Samarkand the following year. Russia brought new developments in the form of railways built between Russia and Central Asia and across the current Uzbek territory. The railways brought trade and new settlements, and with it also new neighborhoods and institutions were built according to Russian-European model; this applied not only in Tashkent, but also in other cities such as Samarkand.

Tashkent continued its progress under Russia's rule, and new developments came with the railroad reaching Tashkent in 1897. The railway was initially the Transcaspic Railway, which connected the Central Asian territories with the city of Krasnovodsk, the present Turkmenbashi, on the east coast of the Caspian Sea. Only nine years later, Tashkent, and thus much of Central Asia, became associated with European Russia when the railroad over the steppes between Orenburg and Tashkent became operational in 1906.

At this time, the population had grown to over 160,000, and they could also enjoy new trams in Tashkent, which had started riding horses with traction in 1901.

The Soviet era
The Russian revolution in 1917 also included Uzbekistan. Initially, Russian Turkistan was established as a Soviet Republic named Turkistan's Autonomous Soviet Socialist Republic. However, it had come to battle in the swells of the Russian Revolution. Bolsheviks had established Turkestan Soviet, while not least a Muslim council met in the city of Kokand and tried to establish Turkestan Autonomous Republic as a competitor to communist Turkistan. The fighting between the two groups continued until the 1920s with the Bolsheviks as victorious.

Turkestan's ASSR was divided in 1924 into Turkmenistan and Uzbekistan, from which Tajikistan was separated as a new Soviet republic in 1929. It was led by Josef Stalin, and the division followed ethnic lines as far as possible. In 1925, the SSR of Uzbekistan officially became a republic in the Soviet Union with Samarkand as its capital; however, this status passed to Tashkent in 1930. At that time, more than 300,000 lived in the city.

World War II also came to Uzbekistan in the form of, first and foremost, an overall Soviet struggle against the German invasion. In addition, there was a great deal of industrial development and accompanying migration, as industries from the war-threatened and hardened western parts of the Union were moved to Uzbekistan, among others. Population groups that were supposed to have sympathy for the Axis powers were also moved to this, which included, for example, Koreans, Chechens and Crimean Tatars.

The 1966 earthquake
On April 26, 1966, Tashkent was hit by a devastating earthquake measuring 7.5 on the Richter scale. About 78,000 houses became ruins and 300,000 of the city's inhabitants became homeless, and it was especially the old and poorly constructed houses in the old town that fell to the quake.

From many places in the Soviet Union and from other countries, aid was sent to the city, which also needed immediate reconstruction, first and foremost the many citizens without a roof over their heads. Already in 1970, over 100,000 new homes had been built, and Tashkent was rebuilt following an impressive Soviet city plan with wide boulevards, large squares, large single-story buildings and monuments that belonged to the Union.

Tashkent was the fourth largest city in the Soviet Union after Moscow, Leningrad and Kiev, and as such the city was, naturally, the regional center for trade, industry, education and so on. The population increased to over two million, and one of the visible signs of the development was partly the many new residential neighborhoods and partly the establishment of the Tashkent metro, which opened in 1977. Since then, the metro has expanded several times.

Tashkent today
In 1991, Uzbekistan became independent with the third largest population in the countries of the former Soviet Union; only surpassed by Russia and Ukraine. Independence created a need for some new institutions for the new state apparatus, which partly took over the roles and buildings of the political bodies of Uzbekistan's SSR.

A changed center in Tashkent has since been shot up. Former buildings such as the country's supreme Soviet have been rebuilt to the Senate, and much new ones such as Uzbekistan's parliament building are newly constructed. The town plan is still impressive with wide boulevards, large squares and monuments, which have now partly changed in an Uzbek context.
Skjul indhold her 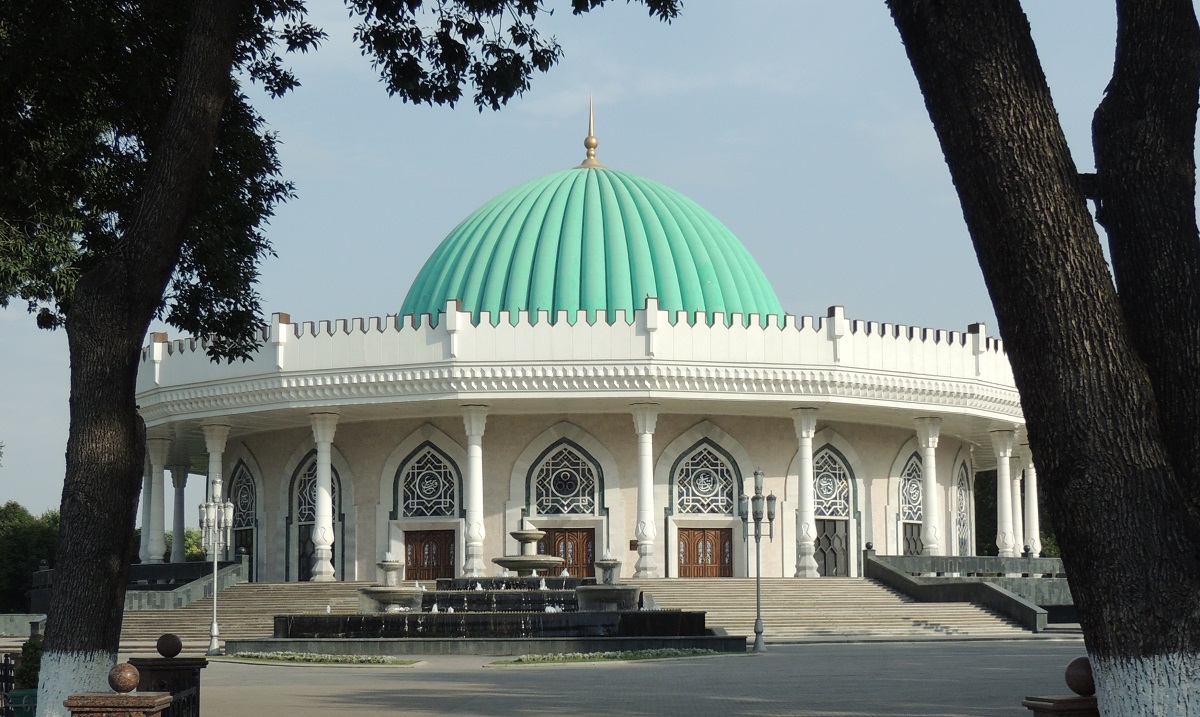 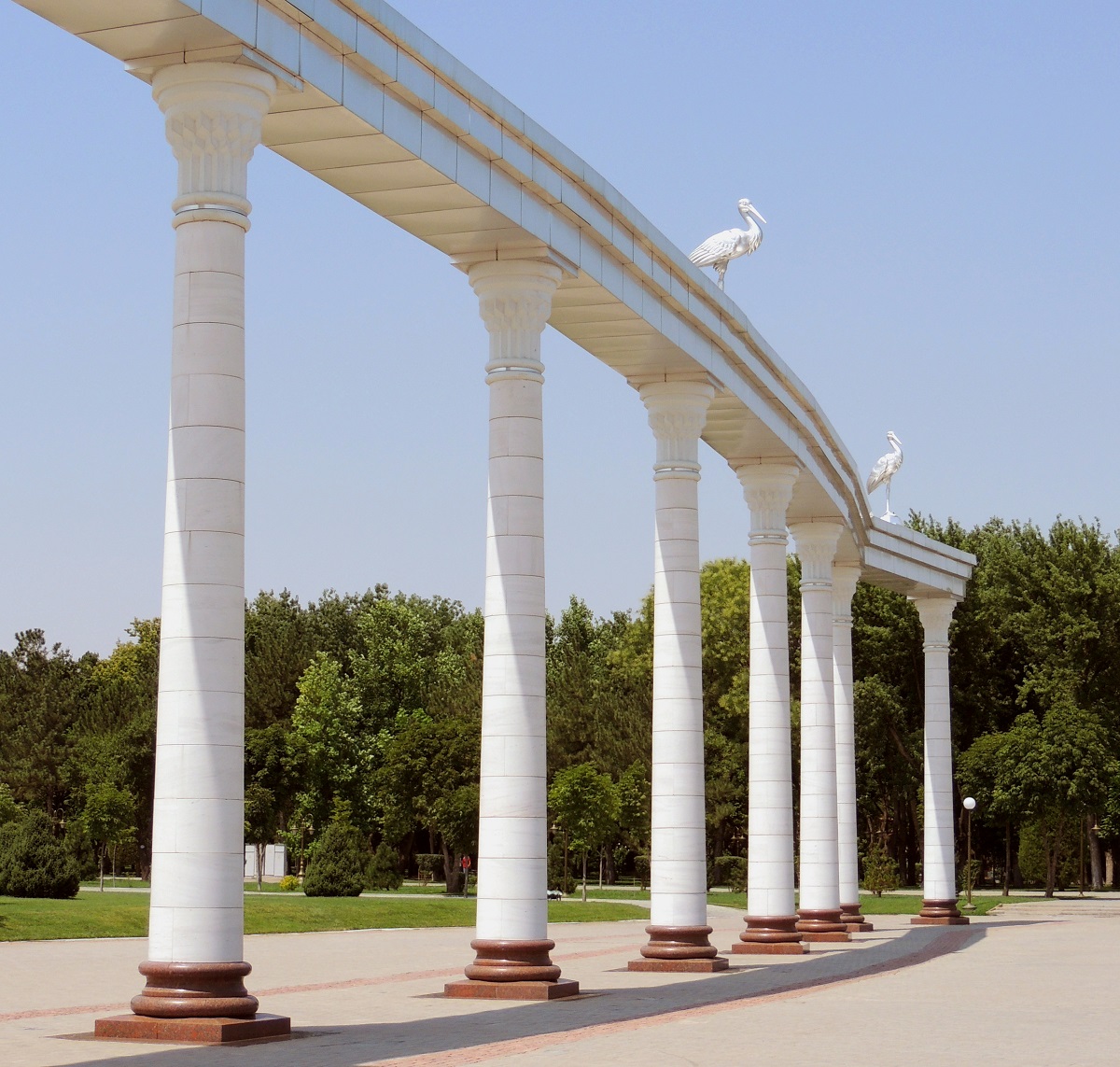 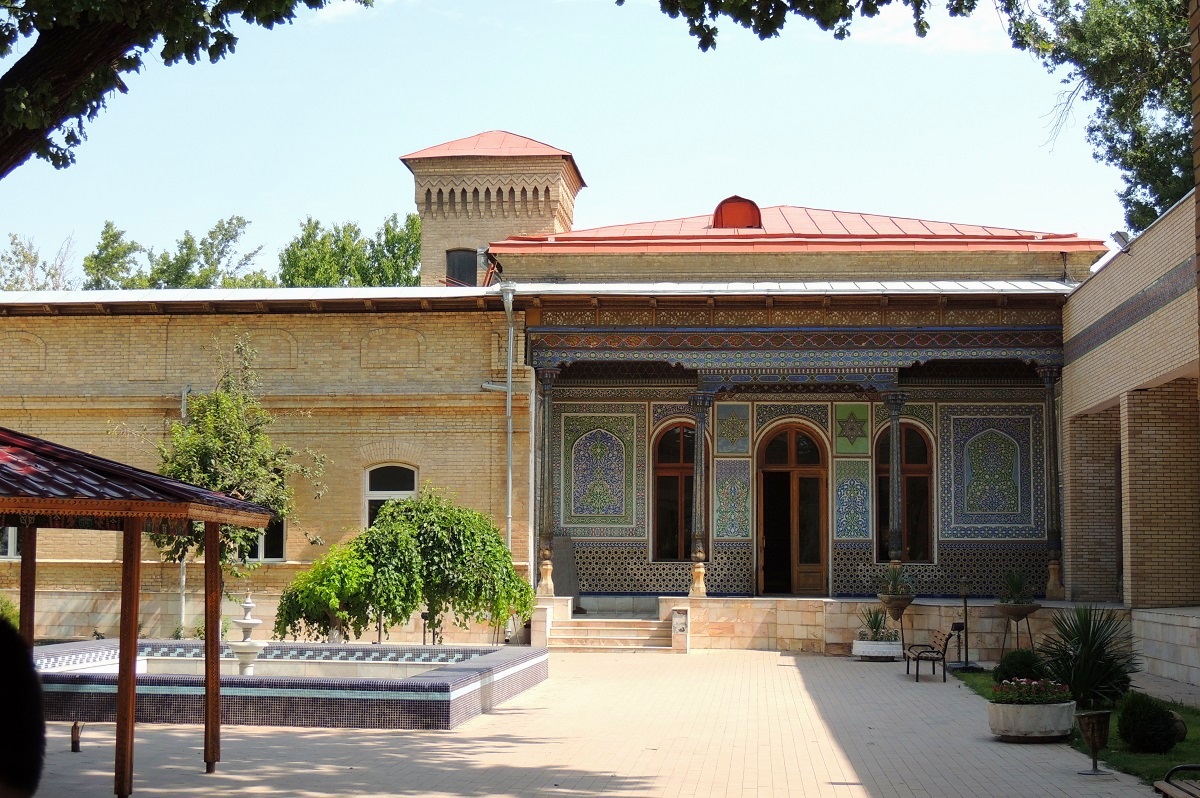 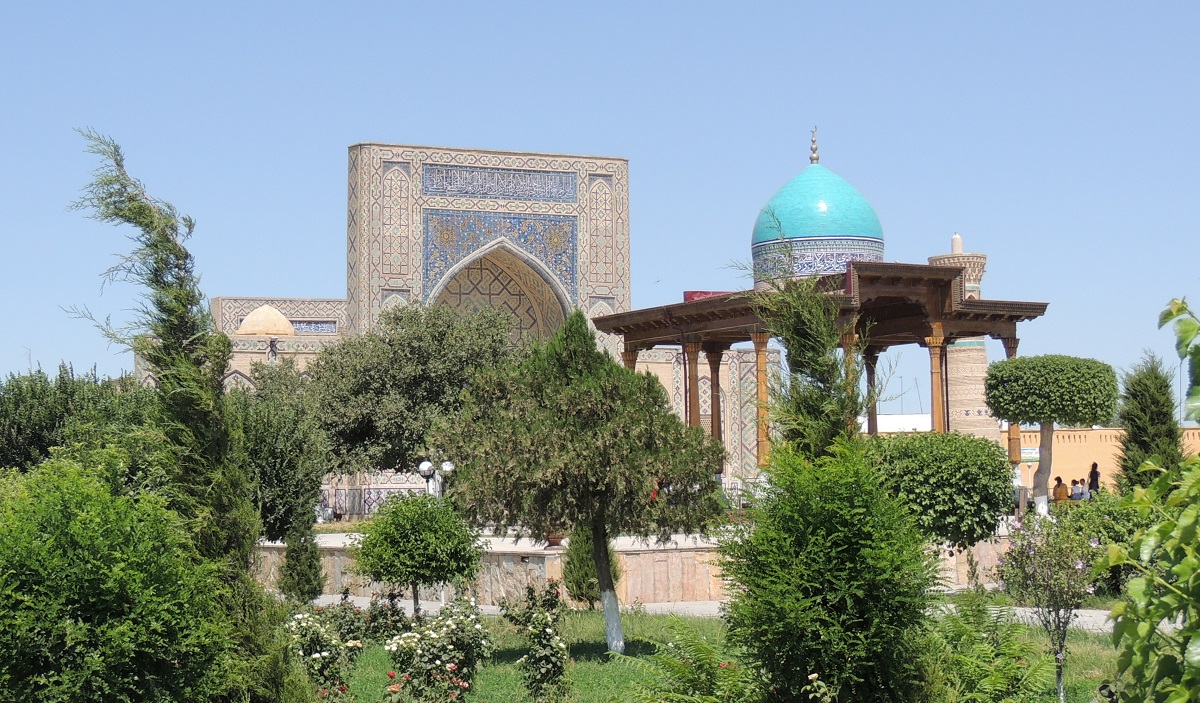 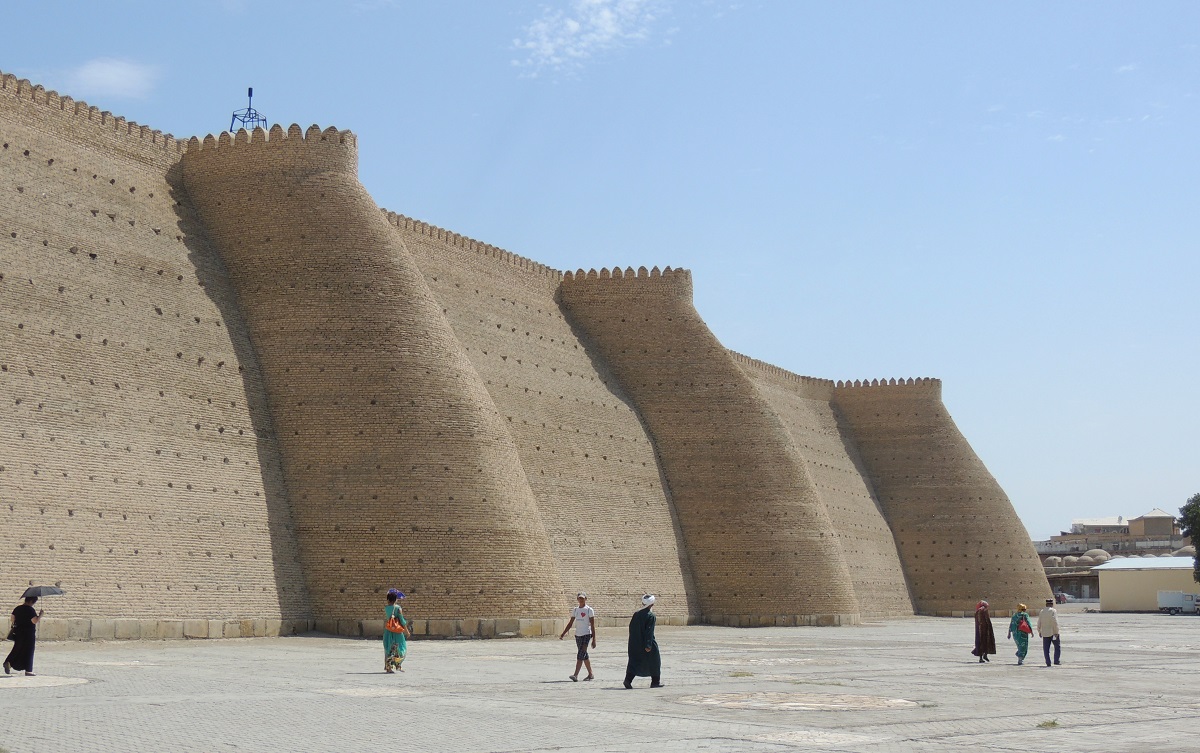