For decades, the Albanian capital of Tirana was one of Europe's most closed and inaccessible cities for tourists. Today it is almost the other way around when you think of exploring the sights and neighborhoods and in the meeting with the friendly people of Albania.

Tirana is a city created through centuries of diverse construction from a variety of rulers and the culture and style of leaders. The 13th century Justinian Fort once formed the center of the city, which has since been influenced by not least the Ottoman Empire, Italy and the special Albanian communism.

In the interwar period in the 20th century, Albania was in many ways like an Italian state, although it was a country with its own rule and king. Italian architectures and urban planning largely influenced Tirana's development and laid the grounds for the capital's boulevards and squares.

In 1944, Albanian communists led by Enver Hoxha took over power after a freedom struggle against occupation troops from Italy and then Germany. It became the starting point in a historically unique period with decades of relative isolation from the outside world. There are many remains in Tirana from this time; this is, for example, Mother Albania and Enver Hoxha's pyramid.

In the very heart of Tirana, you can see Skanderbeg Square, which since the 1990s has been subject to rapid development with new construction and beautiful architecture that is also seen in many other places in the city and in the surrounding area, where the mountains is an great place to go for an excursion. 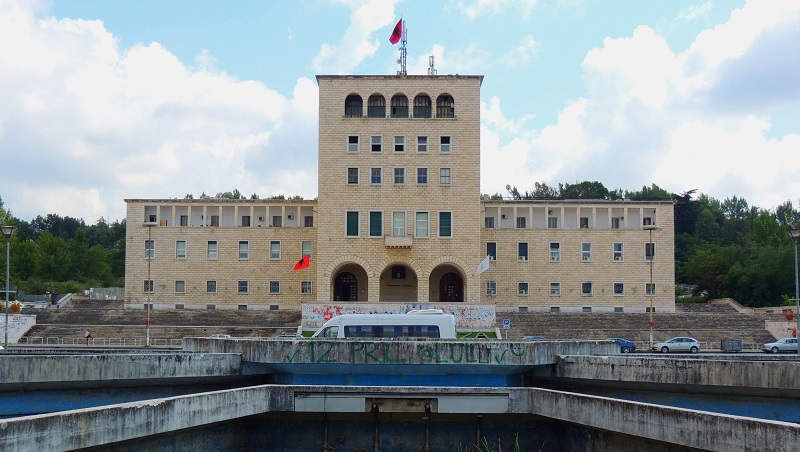 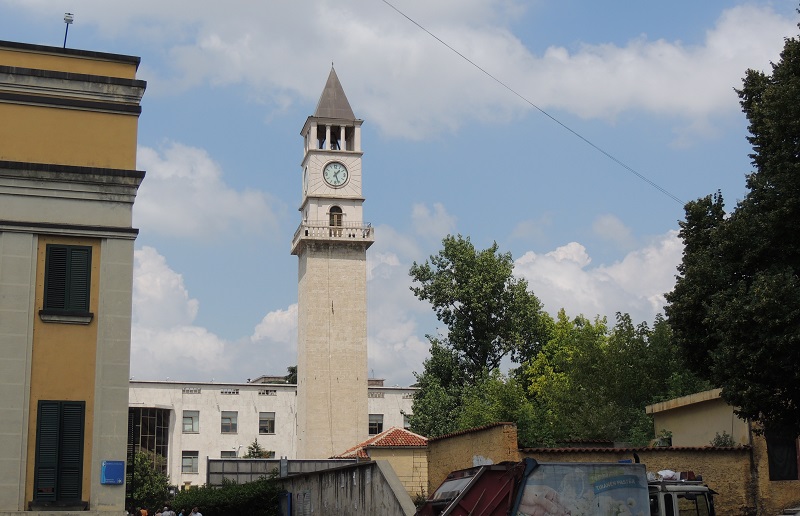 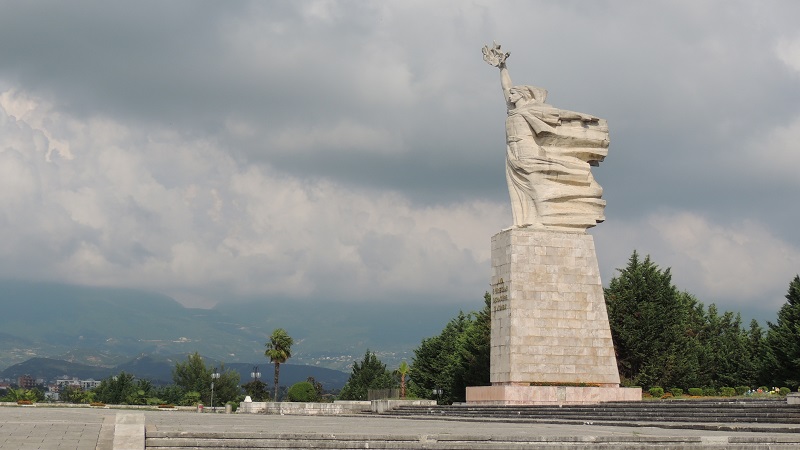 Tirana Prehistory
The region around Tirana is considered to be one of the earliest inhabited areas of present-day Albania, thereby taking the settlements many thousands of years back. Traces of Illyrians have been found through archaeological discoveries, and in central Tirana the remains of a Roman house have been discovered.

Remains and buildings have also been found from the following centuries in the Roman times. Not least some parts of the castle that Emperor Justinian built in 520. The castle was excavated and restored in the 18th century by Ahmed Pasha Toptani. In the area and around Justinian's castle, over the centuries, more houses were added and the number inhabitants increased.

The Ottoman era
In the 1400s, the Turkish Ottomans came to the Albanian area, and in connection with their first land and property registration in 1431-1432, several settlements were registered in and around present-day Tirana. At that time there were 2,028 houses and about 7,300 inhabitants here.

The scattered buildings lay on the trade routes in the area, but they only became a formal town in 1614, when Sulejman Bargjini founded Tirana in the form of an Ottoman town with mosque, hammam and a market area. Around those facilities, Tirana grew nicely through the 1600s-1700s.

The rebellion against the Turks
The Ottoman Empire's retreat from the Balkans was the result of both a weakened empire and a continued desire for freedom among the many people of the Balkan peninsula. The same was the case for the Albanians, who among the visible changes implemented that from 1889 onward Albanian was taught in the country's schools.

The Albanian flag waved for the first time over Tirana in 1912, with Albania gained its independence. The Balkan wars of the following years destabilized the area and in a transition Tirana was temporarily conquered by the Serbian army.

Monarchy and new capital
At the Lushnjë Congress in 1920, Tirana was chosen as the interim capital of independent Albania, and great plans for the city's development were initiated. The first sketches had been drawn in 1917, but an actual city plan first came about in 1923 from the ideas of Austrian architects.

Architects Florestano Di Fausto and Armando Brasini, who successfully worked in Benito Mussolini's Italy, designed a new center for Tirana; This included the construction of ministerial buildings and the city's boulevards and squares. From December 31, 1925, Tirana gained the status of permanent capital of the country.

Several different groups of people also set out for Albania in the 1920s, where there were changing political regimes. In June 1924, a political upheaval took place in the form of Fan Noli's takeover of power. Fan Noli had founded the Albanian Orthodox Church, and he headed the country's pro-British party. His liberal supporters won over former Prime Minister Zogu, who was forced into exile.

However, Zogu returned and he was elected president in 1925. In 1928, the monarchy was introduced, and Zogu became King Zog I. The monarchy lasted until 1939 with Zog as king, during which time the major facilities in Tirana continued with designs by Italian architects. Designs of the Royal Palace, the National Bank and other large buildings, among others.

Italian Albania
In 1939, Albanian fascists came to power through a form of union with Italy, which ruled through a local puppet government. In Tirana, their rule became manifest; for example, larger streets and squares were named after famous facists.

Officially, Albania was a kingdom where Italian Vittorio Emanuele III was king. Despite almost being an Italian protectorate since 1926, Albania was invaded by Italian troops in April 1939. The Italian occupation lasted until the country's capitulation in 1943, after which Albania was occupied by German troops.

In the years of occupation, the Albanian Communist Party was established, and here Enver Hoxha became the leading figure. Tirana was the center of the Communists' activities, and they continually increased their connection to the activities against the German occupying forces.

On November 17, 1944, Tirana was liberated after fierce fighting between communists and German troops, and subsequently a communist regime was established in the country.

Communist Tirana
With the communists in power, Tirana was rebuilt and changed throughout the era lasting from 1944 to 1991. Some of the prestigious buildings in the center of the Italian era were demolished to make way for major construction in relation to communist ideology; among other things, the catholic cathedral was destroyed in favor of the Soviet-inspired cultural palace.

A statue of Soviet leader Josef Stalin was erected in a prominent square in the city, and a central boulevard got his name. Tirana was also changed traffic wise, prohibiting private motoring. Instead, bicycles and buses were the forms of transport, and it characterized the capital's streets.

As part of the later isolation policy, Albania was industrialized, as was Tirana, where several factories were set up to secure production.

Expanded came to the center of Tirana, where a government district with residences for the country's tops was erected. The Blloku neighborhood was an exclusive area where the population had no access. The dwelling of Enver Hoxha was also located in Blloku. Head of state Enver Hoxha died in 1985, and a visible memorial was erected in form of a pyramid built for his memorial.

Tirana Today
In the 1990s, communist rule had fallen in favor of a rapid introduction of market economy. It created a new Albania and a new Tirana, which over time was greatly expanded. This time it was not standard housing as in previous decades, but rather elegant new houses, office buildings and other things that the new economy gave way to. Time was one with many and rapid changes, so some illegal construction was also created.

In recent years, many projects have been completed in Tirana, partly to beautify the city and partly to bring a stop to illegal construction. Thereby, today a harmonious and exciting city center awaits visitors.
Skjul indhold her 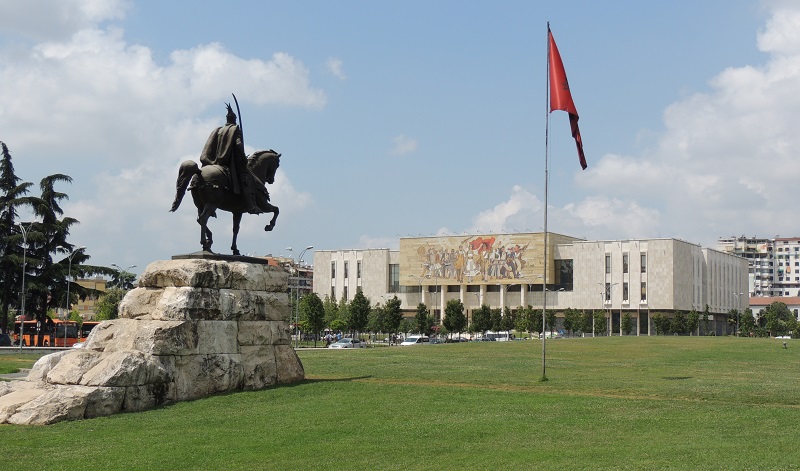 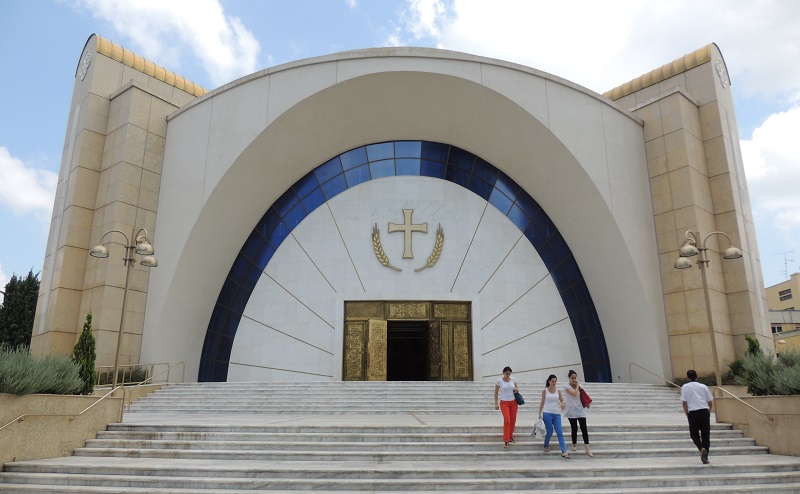 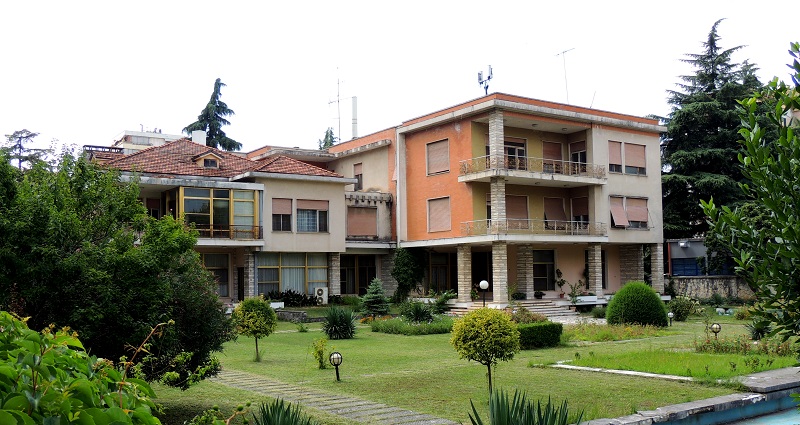 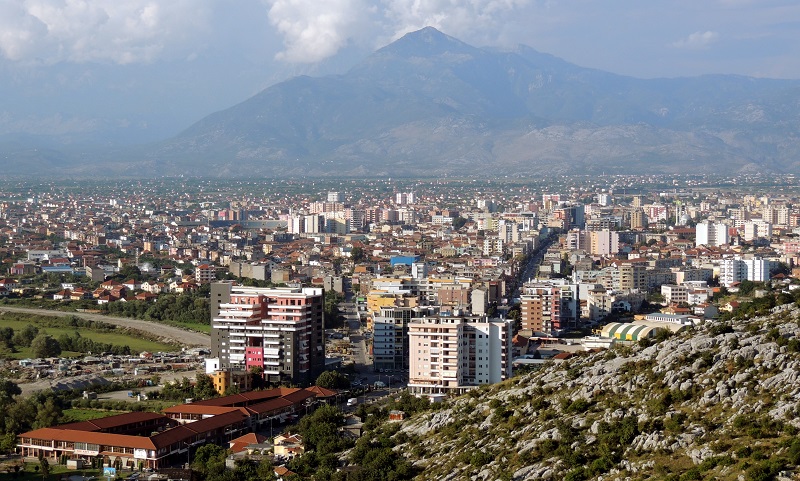 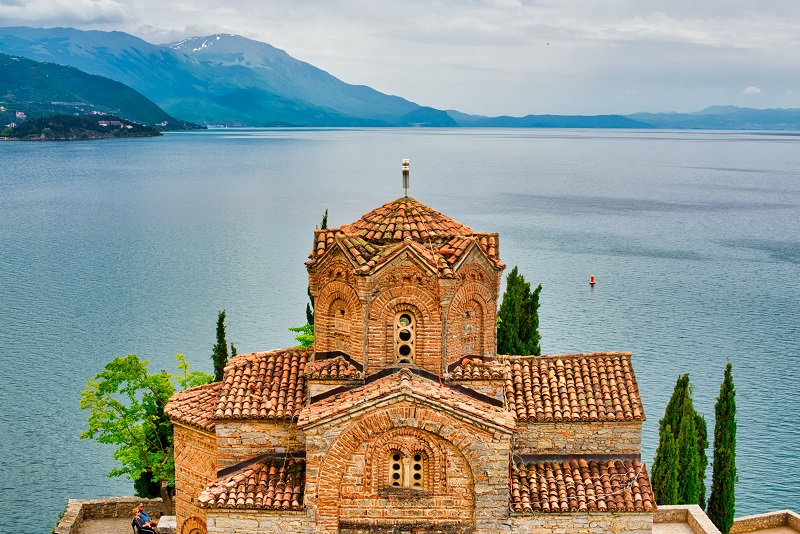